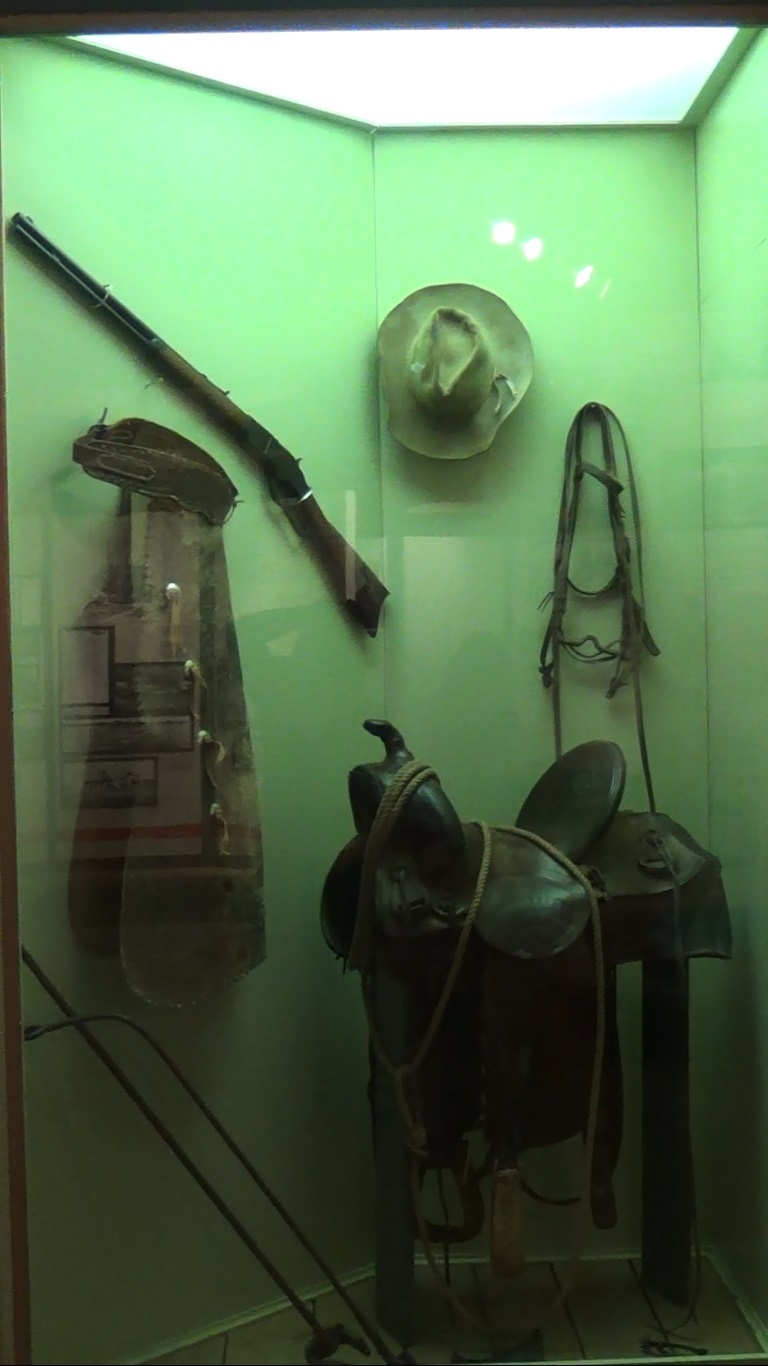 In the early 1870’s, the area that would become southern Alberta was populated with three different types of white men (in addition to the indigenous Blackfoot, Cree and Assiniboine Indians), most of whom were American: 1) prospectors; 2) whisky traders; 3) and wolfers. The prospectors crossed the 49th parallel into British territory in the wake of the British Columbian Cariboo and Wild Horse Creek gold rushes of the 1860’s, hoping to strike it rich on the eastern slopes of the Rocky Mountains. The whisky traders- many of whom had begun their careers selling liquor to South Peigan Blackfoot in Montana- came north to ply their trade in Canada in the aftermath of the so-called “Blackfoot wars”, which culminated in the Marias Massacre of 1870, and the subsequent federal suppression of the whisky trade in the United States. The wolfers- wolf hunters who killed their quarry with poisoned bait (typically buffalo cut open and rubbed with strychnine)- began to appear in southern Alberta shortly after the arrival of the whisky traders.

During this time, before the coming of the North West Mounted Police, the western Canadian frontier was a wild and lawless territory where no great value was accorded to human life. The local Blackfoot and Iron Confederacies were in a state of total war, evidenced by numerous prairie skirmishes and the famous Battle of Belly River, and any prospecting party unfortunate enough to cross the path of one of their many roving war parties (such as Kootenai Brown’s party in 1865, or Blackjack and Lemon in the tale of the Lost Lemon Mine) was in dire straits. The whisky traders, when they weren’t fighting each other, often found themselves embroiled in deadly altercations with disgruntled (or intoxicated) Indian clients whose belligerence directly stemmed from the harmful trade that they sustained. Many of these same Indians, whose lives had been consumed by whisky, murdered their friends and family in drunken brawls. And the wolfers, whose poisoned bait was frequently eaten by Indian dogs, often engaged in gunfights with the natives (such as the Cypress Hills Massacre).

The Formation of the Spitzee Cavalry

In the winter of 1873/74, a number of wolfers and whisky traders living in the Highwood and Bow River area decided to band together to protect themselves from hostile Blackfoot and Assiniboine, whose formidability was increasing rapidly in proportion to the number of repeating rifles sold to them by whisky traders (these Indians had formerly been equipped with old Hudson’s Bay Company muzzle-loaders). These wolfers- who frequently met at Spitzee Post, a whisky fort on the Highwood River- decided to form their own provisional government and their own police force. Since they all, by occupational necessity, were expert horsemen, and since most of them were veterans of the American Civil War well acquainted with martial convention, they called themselves the Spitzee Cavalry.

Some members of the Spitzee Cavalry included Asa and Daniel Sample, traders at Spitzee Post; George Hammond and John Evans, participants in the Cypress Hills Massacre; Harry “Kamoose” Taylor, whisky trader and future owner the Macleod Hotel in Fort Macleod; Bedrock Jim, and Mike Walsh. The Cavalry elected Evans as their captain and Taylor as their secretary.

Said John Healy, co-founder of Fort Whoop-Up, of the Cavalry:

“They thought it necessary to band together for protection and to keep order among themselves. For the Indians had become shiftless, were not hunting as they had, and some of the wild ones had killed some white men and stolen their outfits. There were some traders among them too. I knew all of them. Some of them were friends of mine. There were good men among them, the best there were in Montana, but there were some hard men also among them. They were in desperate shape.”

One of the Spitzee Cavalry’s first acts was to outlaw the sale of repeating rifles and relevant cartridges to Indians. According to Dave Akers, a whisky trader who ran his own post at the time:

“This Spitzi cavalry was a band of about a hundred wolfers who organized themselves into a band under that name. There was no police nor no law in this country then, and these fellers undertook to run it to suit themselves. They passed laws to give themselves all the best of it… What they wanted to do was to keep arms and cartridges away from the Injuns. The Injuns was their natral enemies, coz they used to rob their traps and bait whenever they found it. A wolfer would put out pizen an’ Injuns ‘ud come along an’ pick up all the dead wolves they could find. The Injuns was pooty well armed, an’ allus gitten’ cartridges an’ ammunition from us, and the wolfers was a leetle afeared to tackle ‘em, so they passed a law that we wasn’t to sell em’ any arms or ammunition.”

The Attack on Fort Kipp

Shortly after forming, the Spitzee Cavalry rode to the various whisky posts in the area and forced the traders to formally agree to stop selling rifles and ammunition to the Indians. Although many traders conceded to the Cavalry’s demands without a fight, some, like Dave Akers, vehemently refused to cooperate. After Akers, armed with a revolver, cleverly disarmed the visiting Cavalrymen by inviting them to come inside his trading room and lay their heavy guns on the counter, he convinced them to leave him in peace. Although the wolfers threatened to return if Akers continued to sell ammunition to the Indians, they made no move to apprehend him for his refusal to comply with their demands.

After confronting Akers, the Spitzee Cavalry rode to Fort Kipp, which was ran at the time by a green trader named S.F. Williams. Williams, the Cavalrymen knew, had recently sold two carbines to a white wolfer named “Long John” Fogerty, which Fogerty had subsequently sold to Indians. Although Williams had not actually sold any rifles or ammunition to Indians himself, the wolfers of the Spitzee Cavalry knew that had to save face in light of Akers’ defiance and consequently decided to take advantage of the situation. The Cavalry accosted Williams at Fort Kipp, promptly condemned him for his misdeed, appropriated 289 prime buffalo robes with a combined worth of $1300, and seized all his rifles and ammunition.

After the incident, Williams, who decided he was not cut out for the whisky trade, sold all his trade goods to John Healy, the owner of Fort Whoop-Up, and left for Fort Benton, Montana. After purchasing Williams’ stock and taking charge of Fort Kipp, Healy sent the following letter to Spitzee Post:

“I have this day bought the stock of Williams, and am going to sell to the Indians anything they want to buy. I will have traders out on the prairie. You may meet some of them. Please don’t interfere with any of them, as they are under my orders, and if you have anything to say, come to me. I am the one who is responsible. Yours truly, John J. Healy.”

Outraged, the Spitzee Cavalry, incited by Harry “Kamoose” Taylor, decided to send eighteen men to Fort Kipp to arrest Healy. Healy was forewarned of the Cavalry’s intentions, and made preparations for their arrival. First, he sent all his men- save “Long John” Fogerty, cook John Tallemache and wrangler Jack Reese- to Fort Whoop-Up. Next, he made preparations in Fort Kipp’s main trading room, where he would make his stand. Healy loaded a double-barrelled shotgun with homemade slugs- sawing off the end to increase the shot radius- and hid it, along with a brace of revolvers and a Winchester rifle, behind the trading room shelf. Then he cut a small hole in one of the trading room’s log walls, behind which was the storeroom. He draped the hole with a curtain and concealed a howitzer behind it, loaded with six pounds of gunpowder and nearly two hundred musket balls. The cannon was placed at such an angle that, were it fired, the entire room would be raked with grapeshot. The trader ordered Fogerty to stand beside the curtain when the wolfers entered the room and to fire the howitzer if the proceedings soured. According to Healy, after he had finished his preparations, “[he] was feeling just as good as [he] ever did in [his] life.”

Shortly thereafter, eighteen troopers of the Spitzee Cavalry, all heavily armed, rode up to Fort Kipp, demanding admittance. Reese, who was stationed at the gate, let the wolfers inside where Healy, to their surprise, greeted them cordially.

“Good day, gentlemen!” Healy said. “You had better put up your horses so they can get something to eat and I’ll fix up some supper for you!” Wary, the Cavalrymen entered the fort dining room, where Tallemache had laid out a spread.

After their meal, Healy led the wolfers into the main trading room, where chairs were arranged in a semicircle. Fogerty inconspicuously took his place beside the curtain as the wolfers took their seats, blissfully unaware of the hidden howitzer which Healy had pointed “so [he] could blow them all to hell.”

Harry “Kamoose” Taylor, who was seated against the wall, addressed his host. “Mr. Healy,” he began, “there is a serious charge preferred against you of selling guns and ammunition to the Injuns and we have come down to see about it.” He proceeded to read a litany detailing Healy’s sale of repeating rifles and related ammunition to the Indians, and describing how Healy’s actions were contrary to the laws of the Spitzee Cavalry and the interests of all white men in the area. Taylor then asked Healy to declare his guilt or innocence. Wrote Healy in a future reminiscence:

“Until that moment, I had not the first thought of what I was going to answer until he said ‘Guilty or not guilty?’ and I turned and said, ‘Guilty and you be damned.’ Then I turned loose. ‘What right have you to come down here to try me? Who are you? What are you? A renegade from justice! You [to Taylor]! You! You’re a mad dog got among a pack of decent hounds and poisoned them! There were good men until you got among them!” [Italics in original]

Bedrock Jim, in response to Healy’s sermon, stalked towards the trader. “I suppose that I am one of the hounds!” he snarled.

Healy, standing as he was behind the trading room shelf, grabbed his stunted shotgun and leveled it at the wolfer. Then he berated the Spitzee Cavalrymen for betraying the businessmen who outfitted them by confiscating and outlawing the sale of their trade goods, and assured them that outlawing the sale of repeating rifles on the Canadian prairies would do little to keep such rifles out of Indian hands, as any Canadian Indians who wanted rifles or ammunition could simply purchase them in Fort Benton, Montana.

After digesting Healy’s words, Mike Walsh rose and said, “Gentlemen, I move that we all go down to the river and wash some of the wool out of our eyes.” At that, the tension in the atmosphere dissipated almost immediately, and the rest of the wolfers rose, mortified.

As the wolfers filed out of the trade room, Healy invited them to take a look inside the storeroom. There, he showed them the loaded howitzer.

“Johnny, old man,” said Taylor, “if we had refused to drop the matter, would that old cannon have mowed us down, or was that a bluff you were running in on us.”

“I was just waitin’ to hear him say the word,” said Fogerty, “and then I was to touch her off.”

Thoroughly chastened, the wolfers, at Healy’s insistence, agreed to return the $1300 worth of buffalo robes that they had appropriated from Williams. “They sent the robes back,” wrote Healy, “and that was the last I ever heard of the Spitzee Cavalry.”