One weekend while I was in Lethbridge, Alberta, I decided to visit Indian Battle Park, the site of the last great battle between the Blackfoot and the Cree. Indian Battle Park is located in the east-middle part of Lethbridge, at the end of 6th Avenue South and along the shores of the Oldman River. 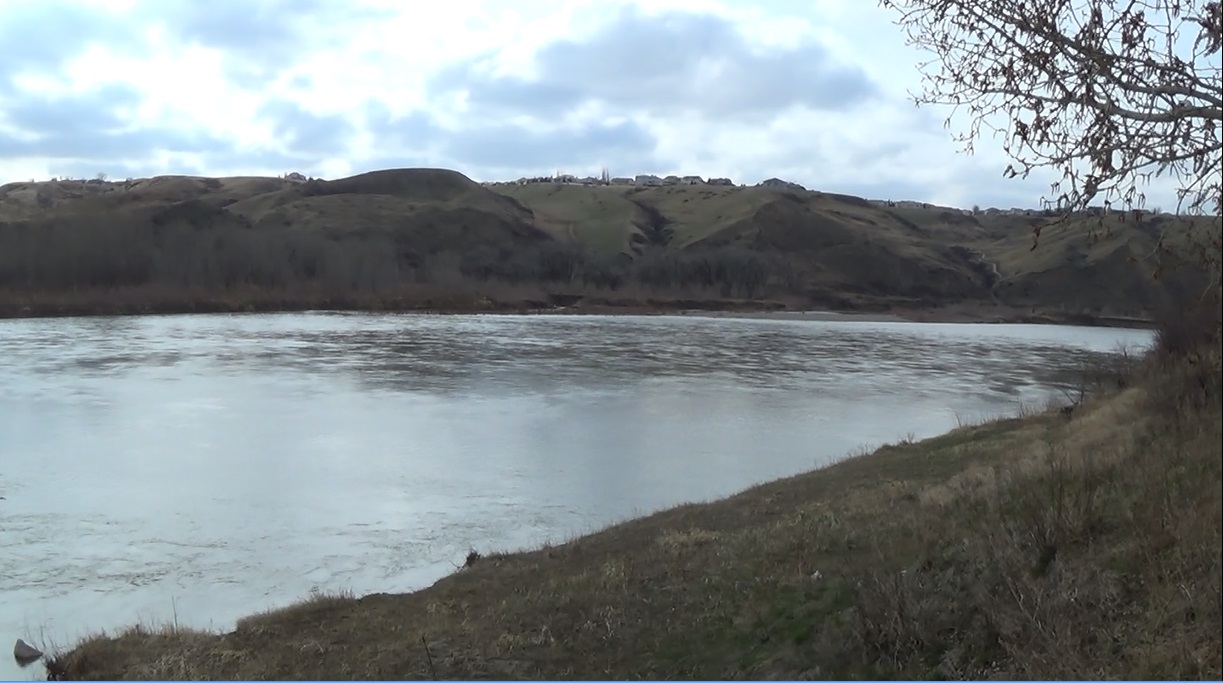 Halfway into my descent into the Oldman River valley in which the park was located, I noticed a rectangular wooden palisade enclosure far to my left, at the base of the valley slope. The structure was crowned with a short wooden lookout tower bearing what appeared to be a Betsy Ross-style American flag. 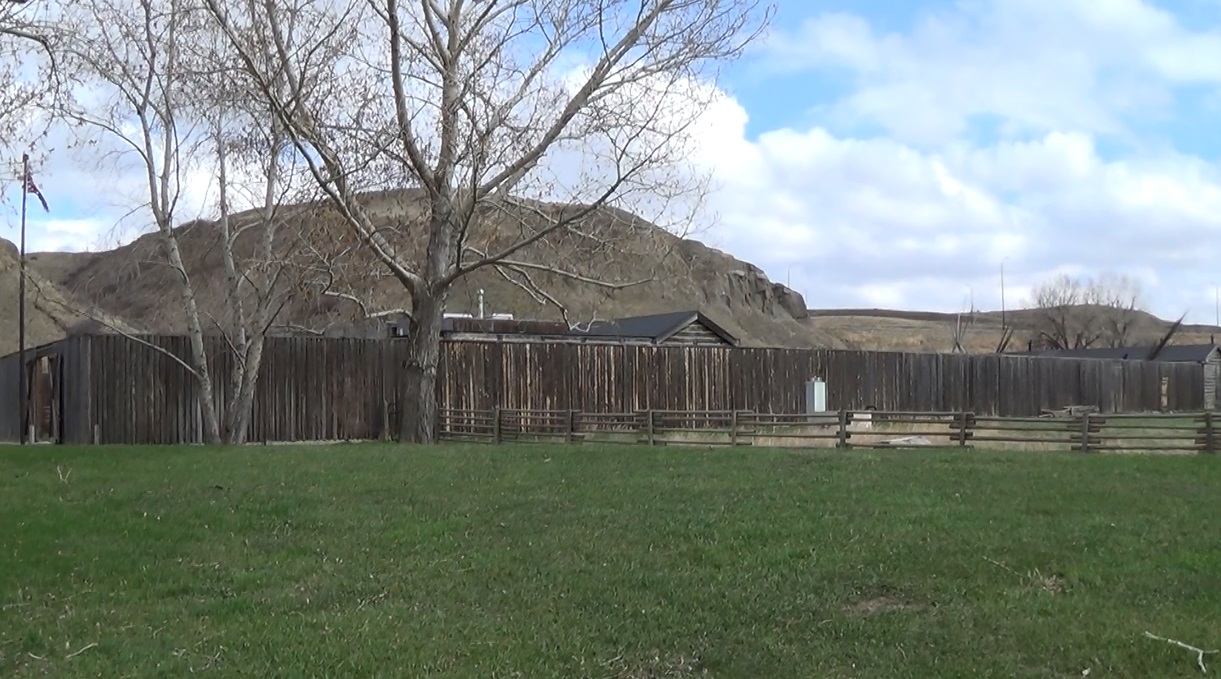 Now, on the road to Indian Battle Park, I’d noticed directional signs to ‘Fort Whoop-Up’. Although this palisaded enclosure on my left, at the base of the steep hill that fronted the park, was largely devoid of signage, I knew that it must the heralded fort. On a whim, I decided to check it out. 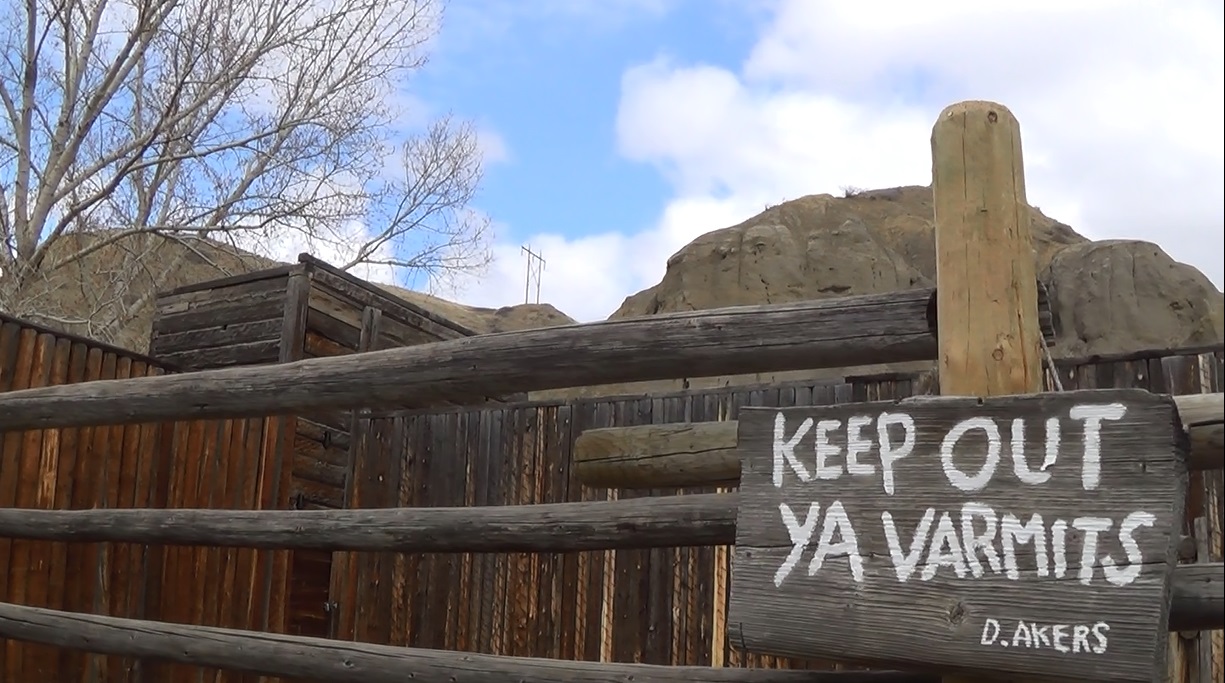 To be honest, I didn’t expect to find much inside Fort Whoop-Up; from the outside, it appeared to be empty. However, immediately beyond the open wooden gate and to the left, I discovered a fenced-off area affixed with a trespassing deterrent- “Keep Out, Ye Varmits!”-, which stood opposite an interpretive centre guarded by two wooden Mounties. What I found inside the interpretive centre and the fort interior beyond impressed me so much that I decided to write an article about it. 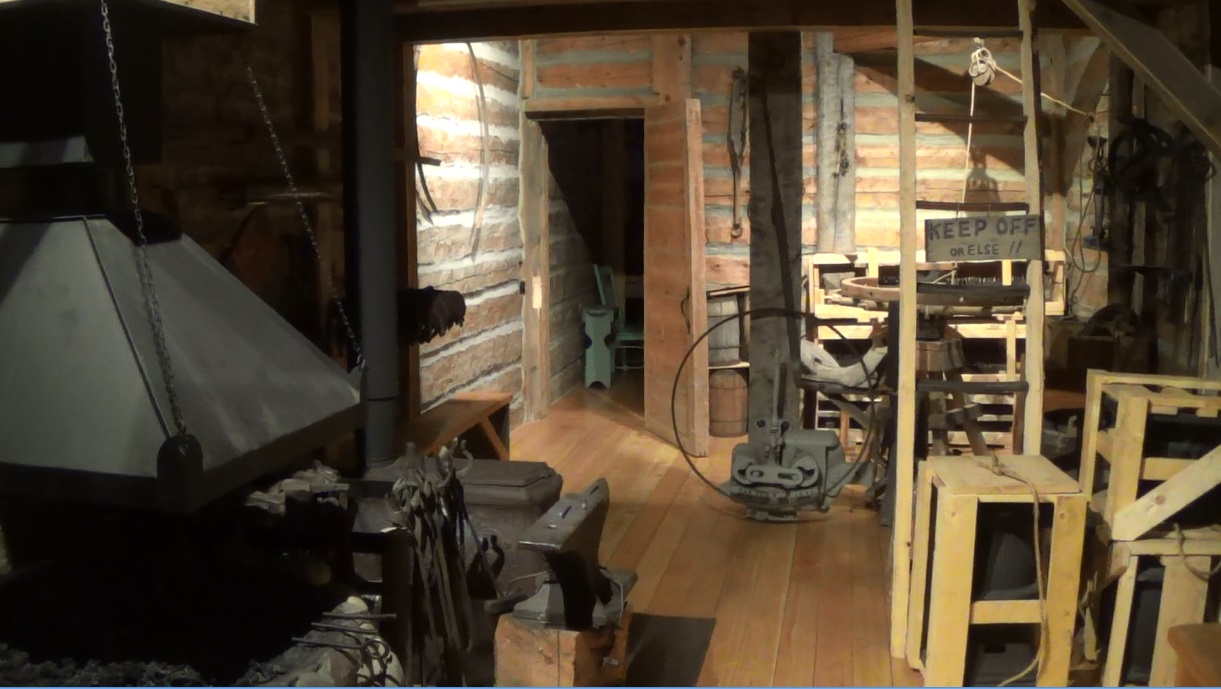 The original Fort Whoop-Up, officially entitled Fort Hamilton, was built by American traders from Fort Benton, Montana. This fort was constructed in 1869 about 6 kilometres south of the present-day replica reconstruction that stands in Indian Battle Park, at the forks of the St. Mary and Oldman Rivers. 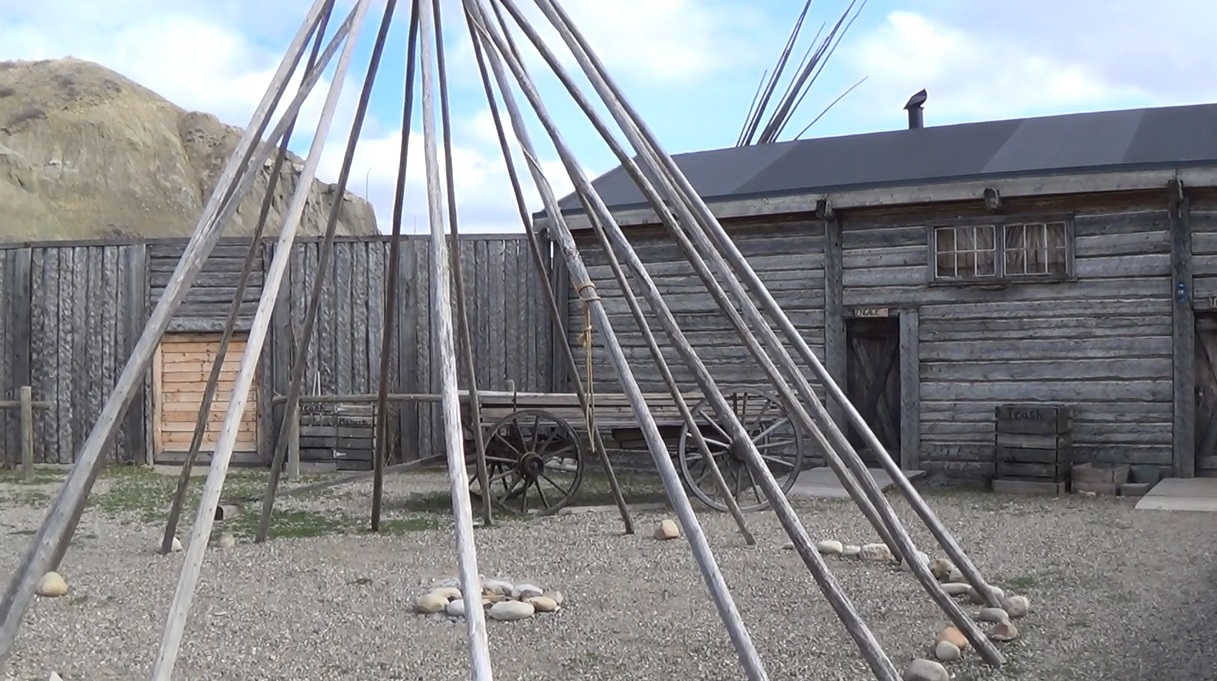 Although the Americans had initially crossed the border into Canada in search of gold in the Rocky Mountains, they quickly found that trading guns, blankets and whiskey to the Blackfoot in return for buffalo robes and other furs was a far more reliable, and perhaps more profitable, financial enterprise. Subsequently, Fort Whoop-Up, and 109 other so-called ‘whiskey forts’, were established in order to more effectively conduct business. Of all these trading posts, Fort Whoop-Up was the largest. 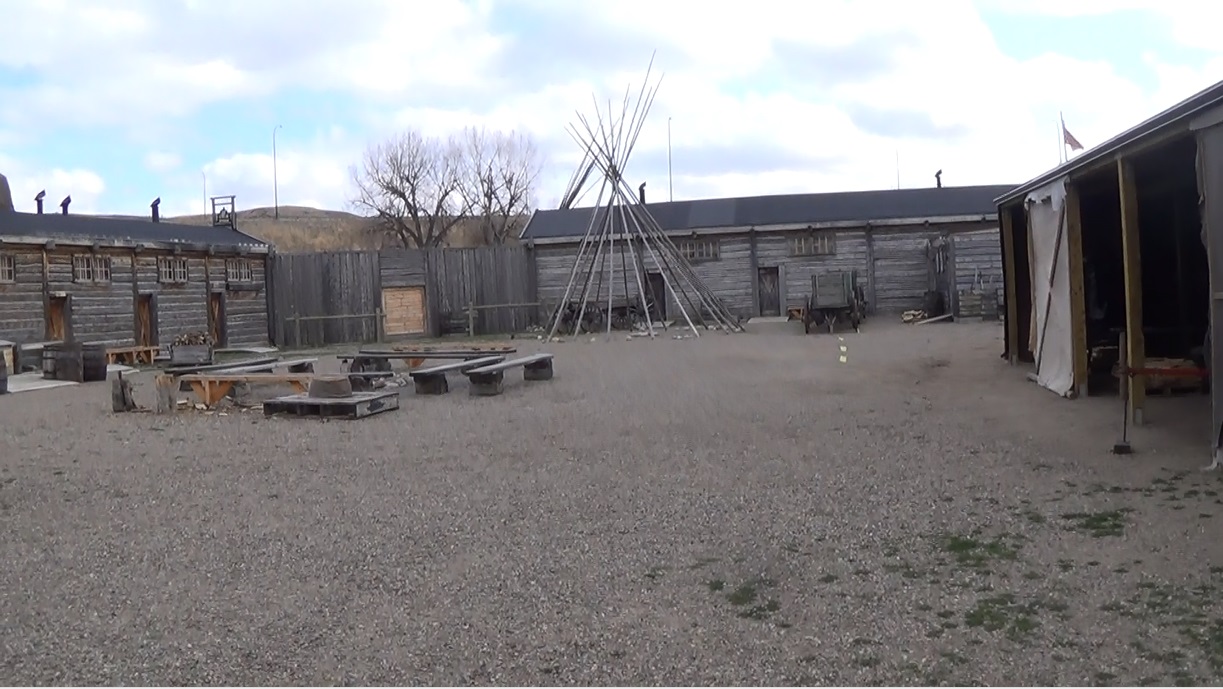 Although most of the business conducted at Fort Whoop-Up was legal, American traders at the fort frequently sold whiskey to their Blackfoot business partners- a practice which was outlawed in America at the time. This whiskey, called ‘Whoop-Up Bug Juice’ or ‘firewater’, was a boiled and watered-down rotgut concoction of American whiskey, ginger, molasses, red pepper, black chewing tobacco and a splash of red ink. The whiskey trade, along with the whiskey forts’ selling of repeating rifles to the Indians, had a huge hand in decimating the population of the plains tribes. 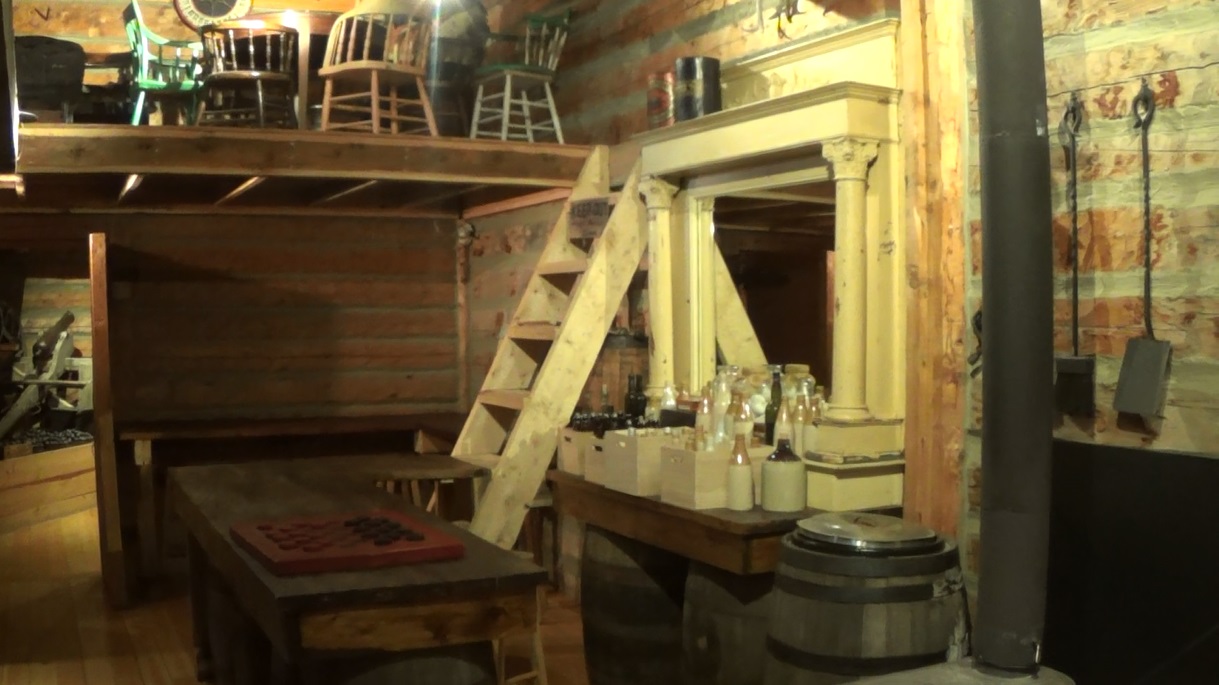 Throughout its exciting history, Fort Whoop-Up was the site of two suspected arson attacks, the famous Battle of Belly River, an attack of Spitzee Cavalry (a wolfer militia), and a plethora of unscrupulous trade with the Blackfoot. In an effort to stem the violence and lawlessness that Fort Whoop-Up generated, and to establish Canadian sovereignty in an area that appeared to be governed by Montanan traders, Canadian Prime Minister Sir John A. Macdonald formed and North West Mounted Police and dispatched a regiment to Fort Whoop-Up. 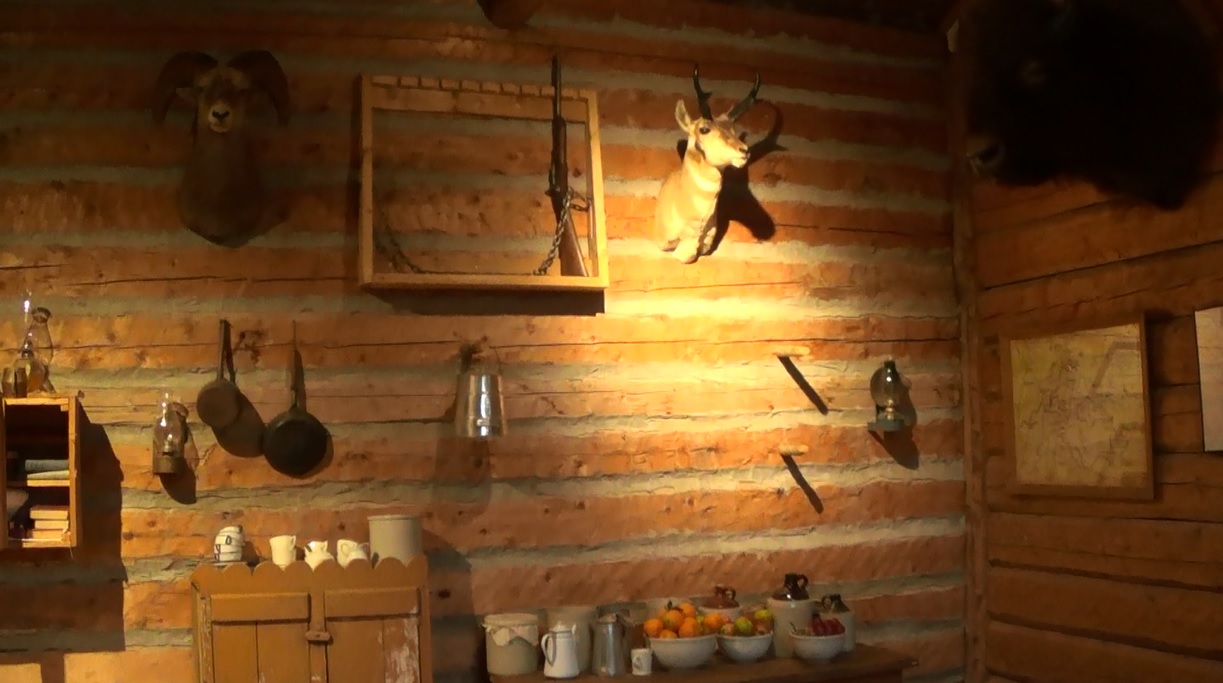 In 1874, the North West Mounted Police arrived at the fort, and upon arriving, did did not find sufficient evidence to condemn it. In 1875, they rented a room at Fort Whoop-Up and established a NWMP post there. This unlikely post remained in use until 1982. 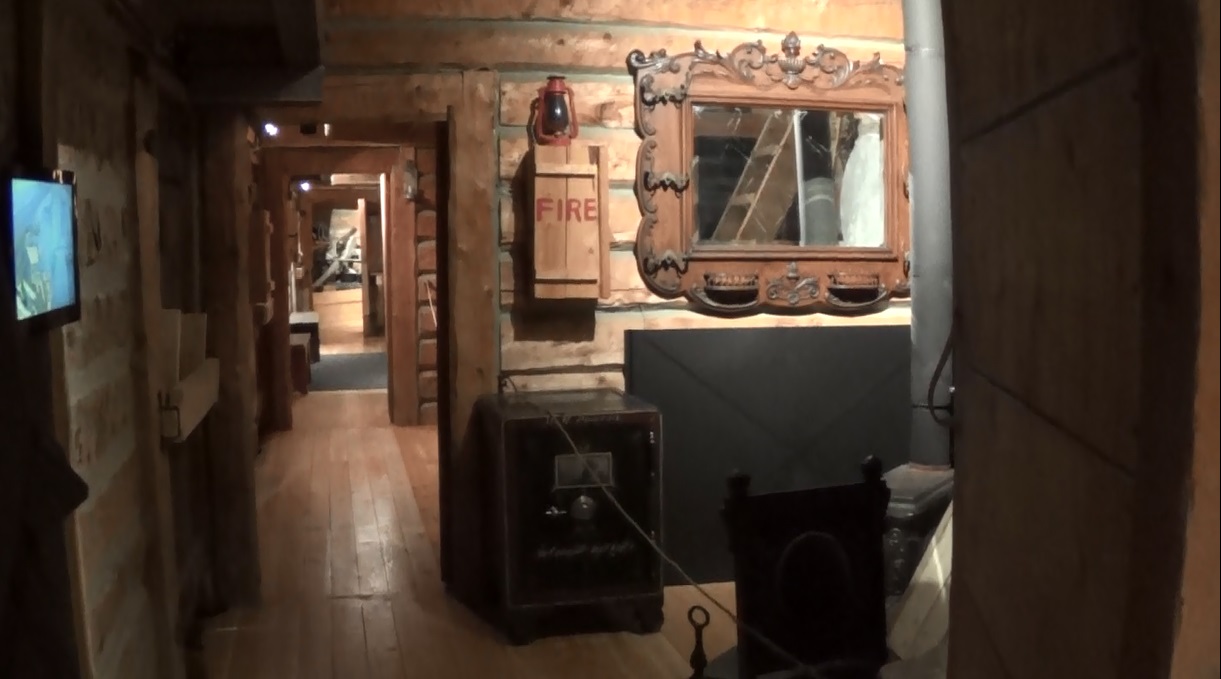 In 1892, the fort was abandoned. Slowly, it fell into disrepair. Its last remains were washed away in a 1915 flood. 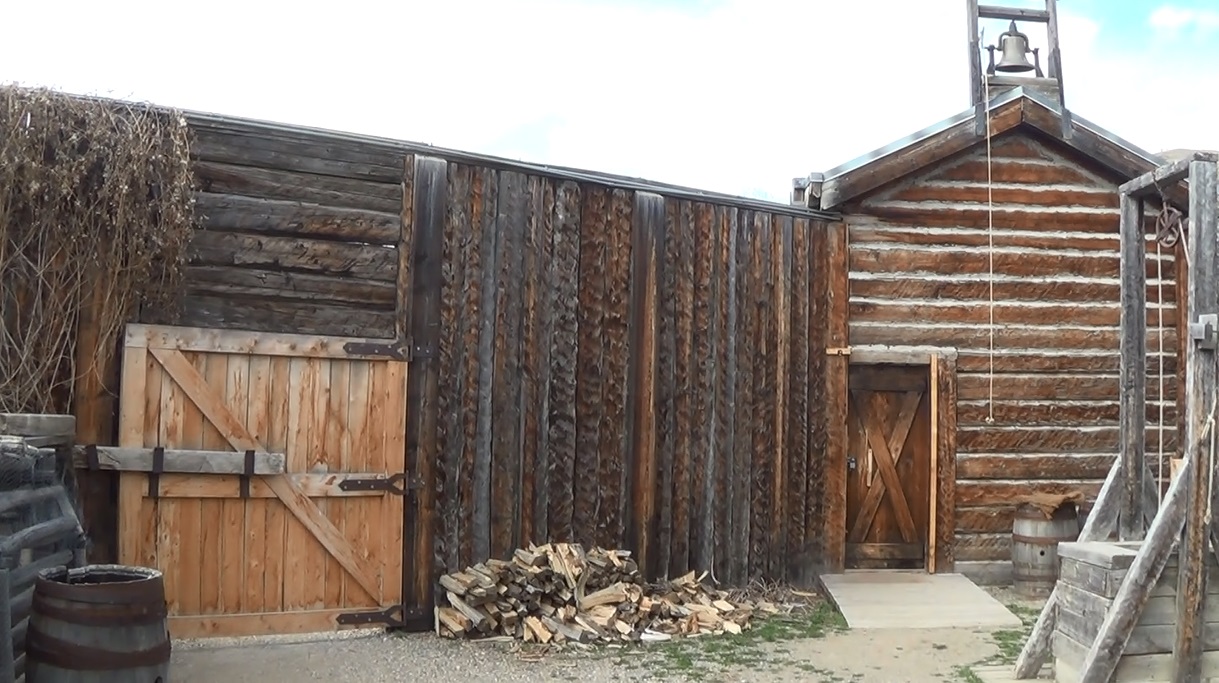 The interior of present day Fort Whoop-Up can be divided into six sections: 1) The gift shop; 2) The courtyard; 3) The fort rooms; 4) The Thunder Chief Gallery; 5) The Crowshoe Gallery; 6) The Shockley Gallery. 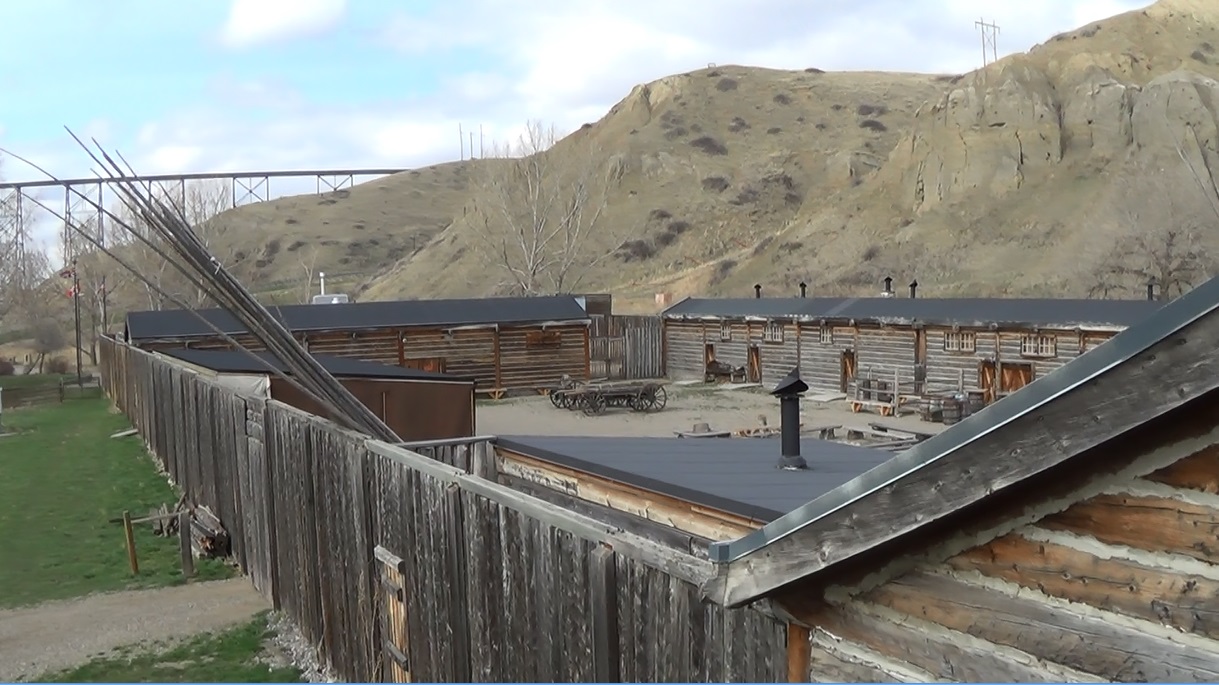 Past the Mounty-guarded doors is the Fort Whoop-Up gift shop. Items for sale include historical books, local native crafts, furs and sweetgrass from the Blood Nation, period knives and hats and other relevant souvenirs. At the end of the gift shop are the doors to the courtyard. 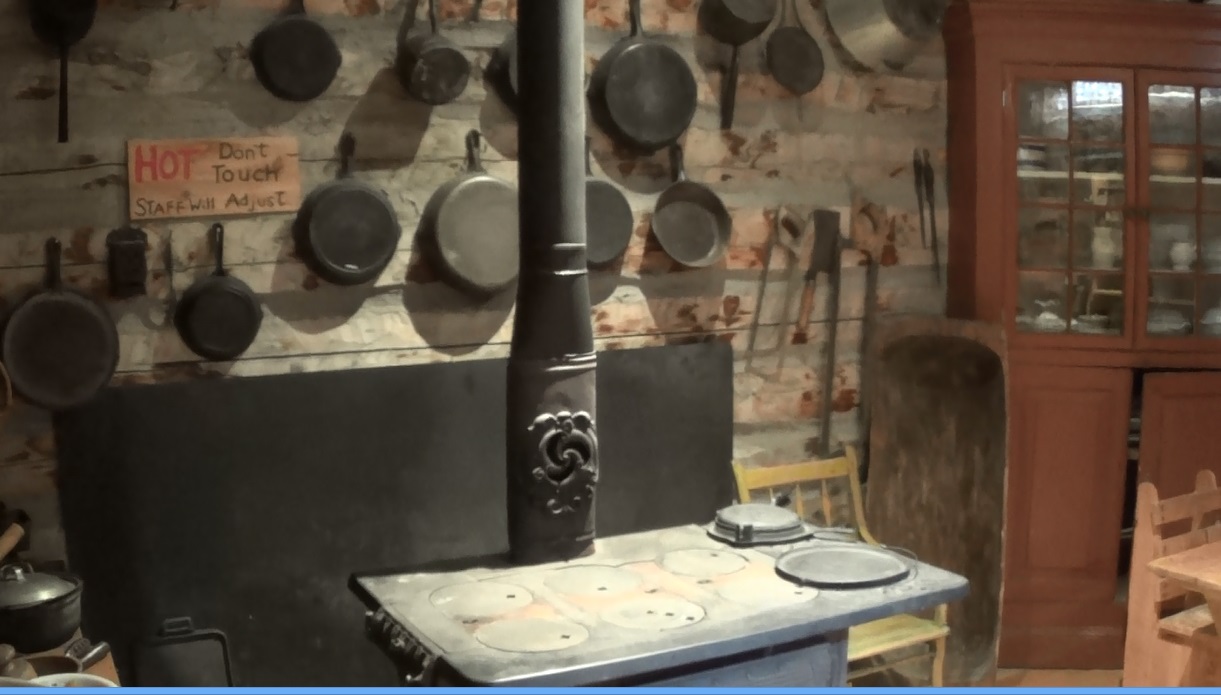 The courtyard of Fort Whoop-Up, a square of well-trodden prairie grass, is littered with historical artifacts, including a plains-style teepee, a Blackfoot Medicine Rock and several wooden Red River carts. The courtyard is surrounded by the gift shop and the fort rooms. 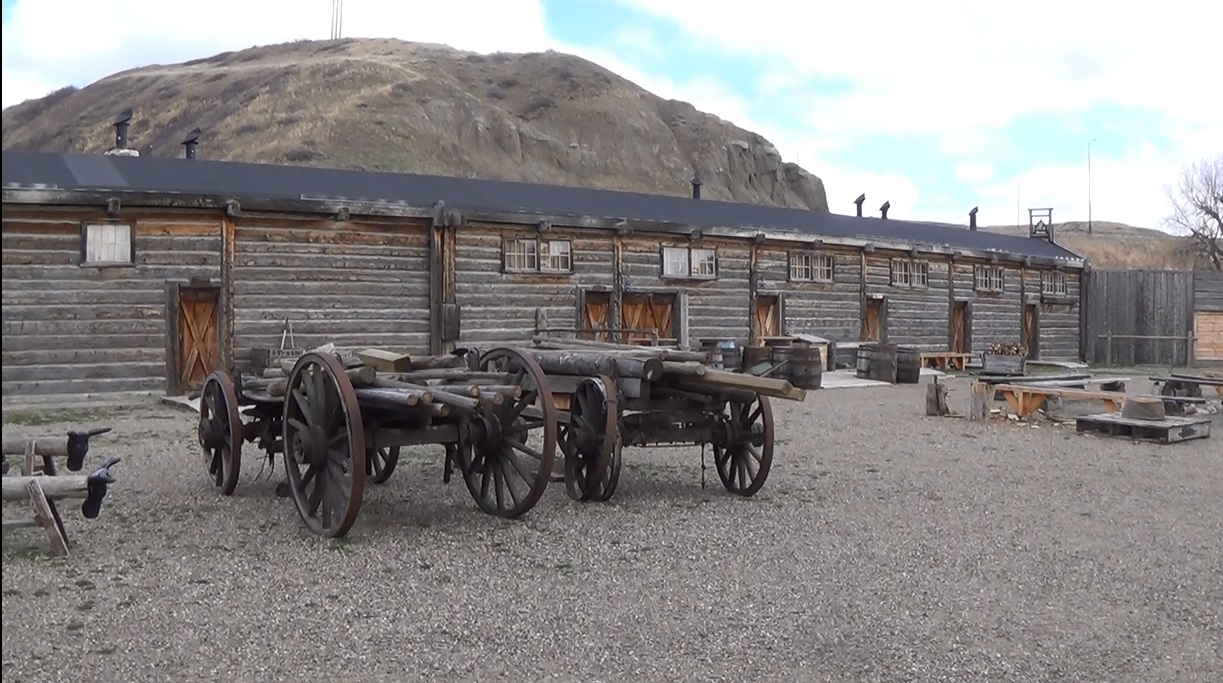 When you step into the NWMP outpost & jail, the first of the fort rooms, you almost feel as if you’ve travelled back in time. Everything from the uniform of the dummy Mounty jailer to the furnishings of the office appear as you’d imagine they would in 1875. 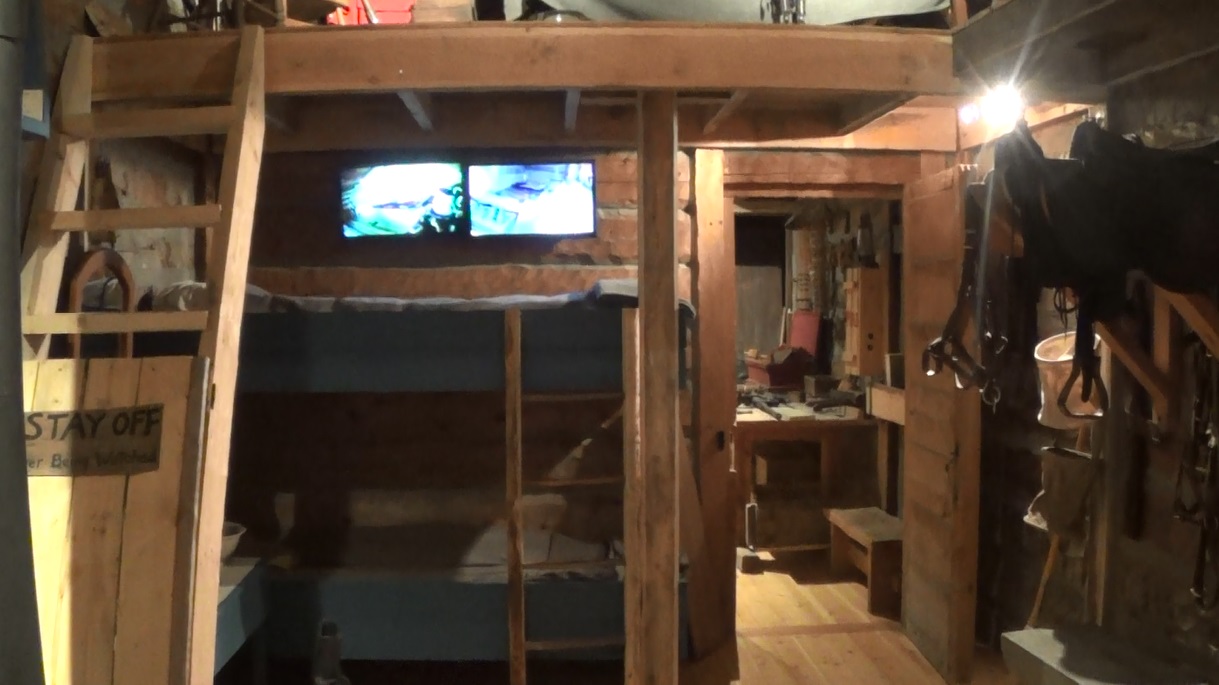 Beyond the NWMP post is an artisan shop complete with a forge and bellows, as well as blacksmith, wheelwright and carpentry tools. Adjacent to the workshop is an armory stocked with cannons, cannon balls and firearms, which would have come in handy during the 1874 Spitzee Cavalry attack. After the armory is a saloon stocked with a piano, tables, playing cards and bar. Piano music typical of Old West saloons echoes eerily throughout the room. 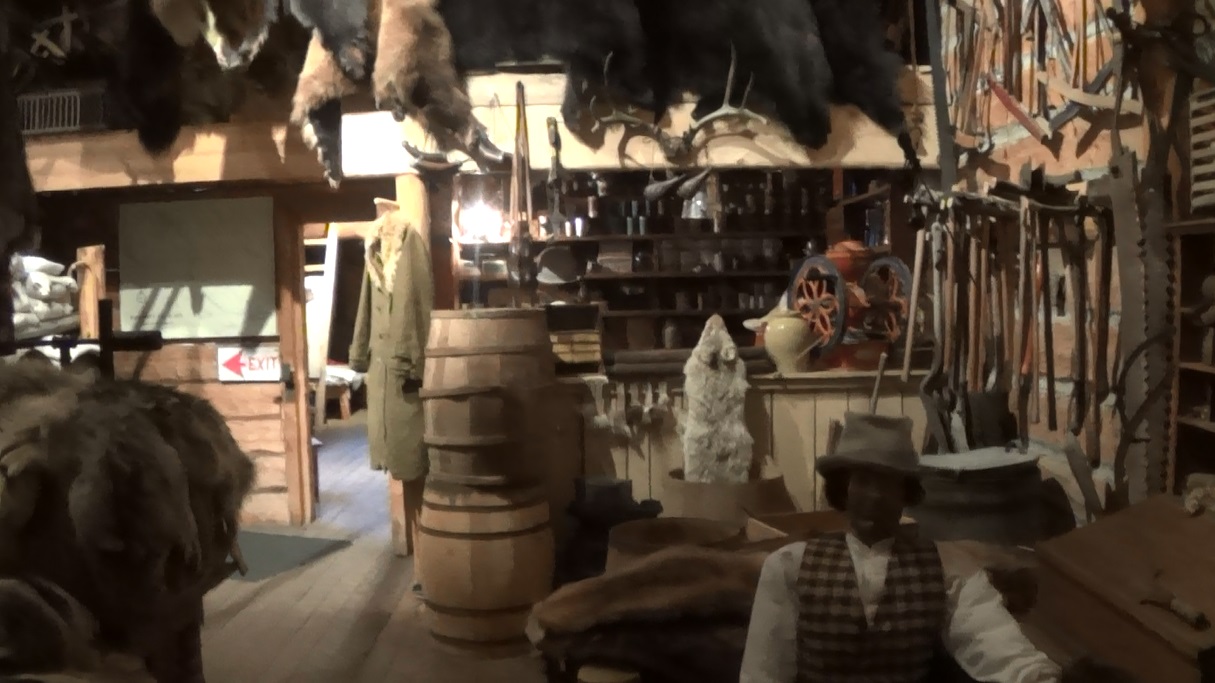 Additional rooms include the guest parlour, the manager’s quarters, the kitchen, an enfilade, the quarters for hired hands, the store where the trading took place, the high-security ‘Indian Room’ reserved for fur-bearing Blackfoot and the lookout tower. 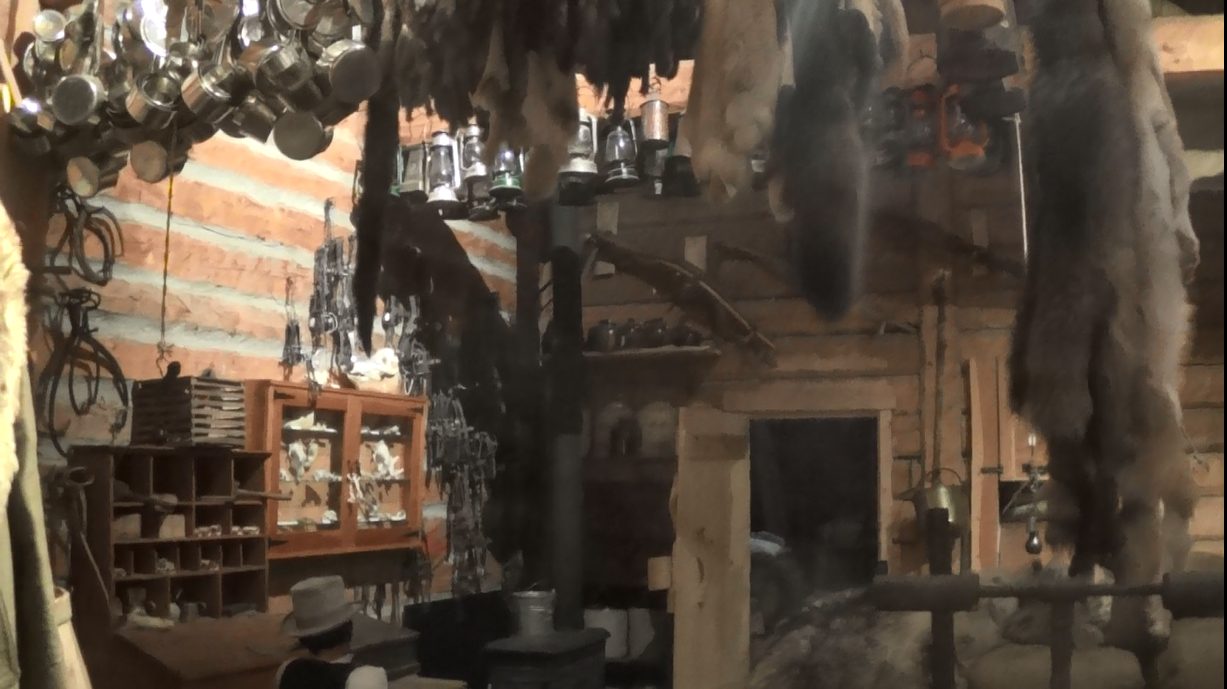 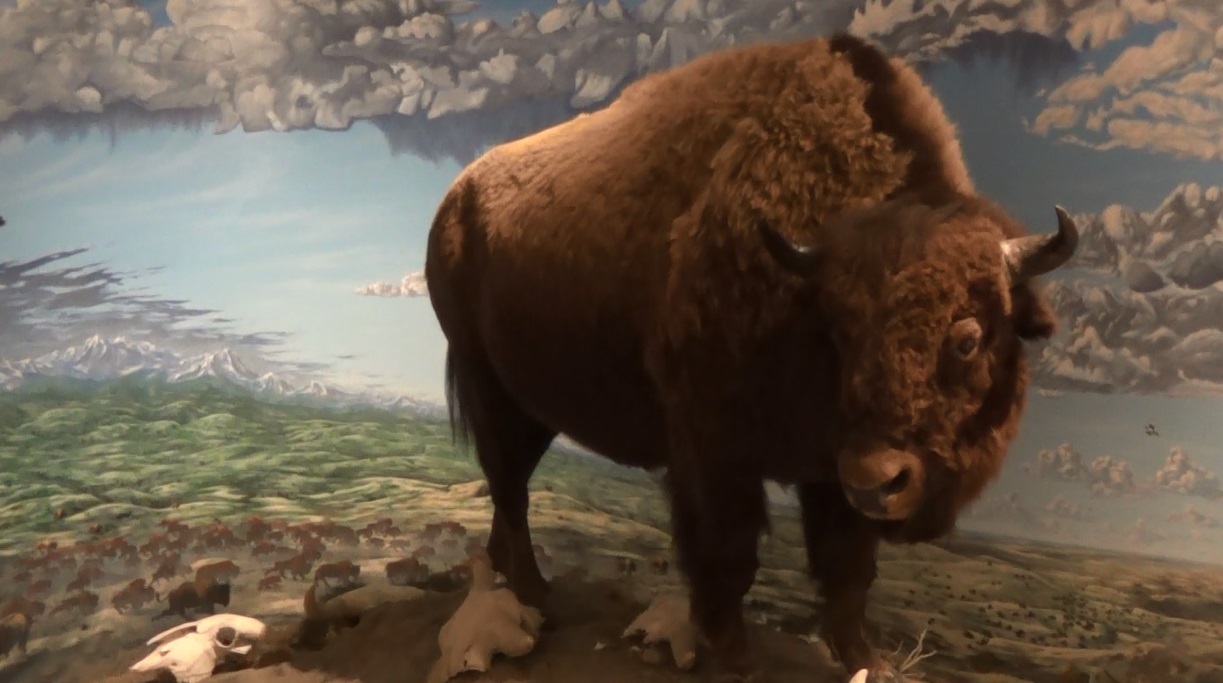 Beside the Thunder Chief Gallery is the Crowshoe Gallery. The Crowshoe Gallery displays tools and goods used in the frontier and early ranching days of the Oldman River valley, and tells the history of Fort Whoop-Up and the surrounding area. 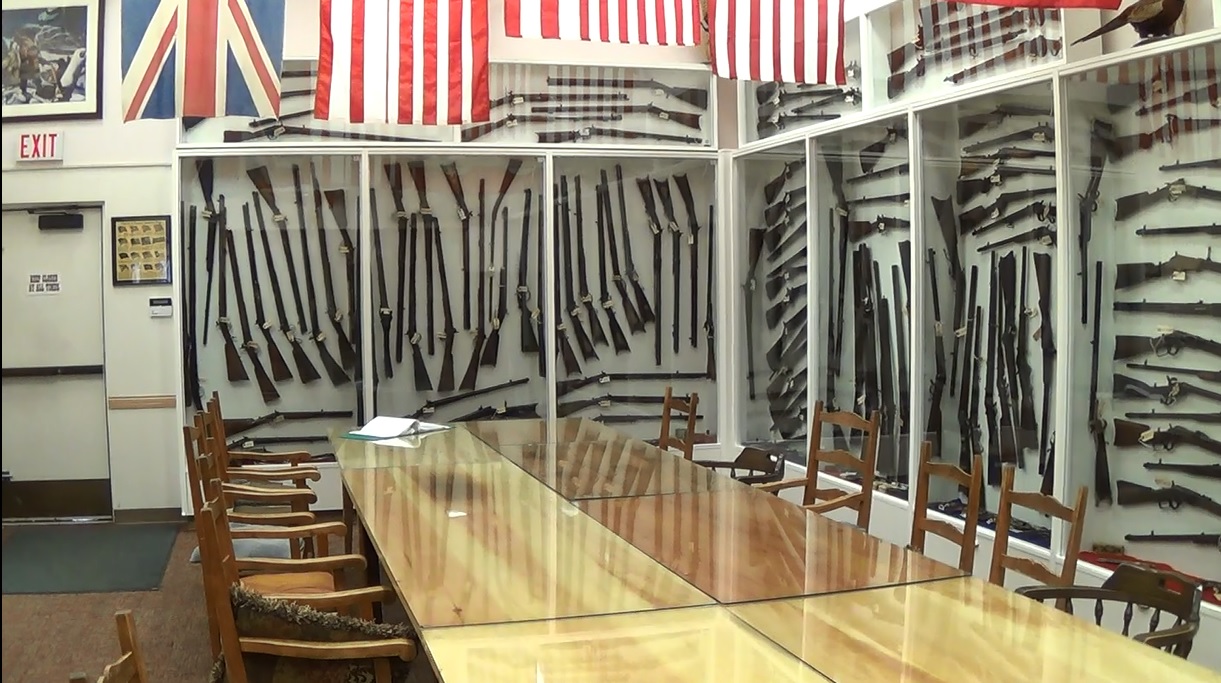