The following is a plot summary and analysis of the Season 7, Episode 23 of the History Channel’s TV series The Curse of Oak Island.

Mike Jardine meets with Craig Tester and Gary Drayton at the Money Pit area, where caisson RF1 had encountered a 180-foot-deep obstruction the previous episode. Mike informs the treasure hunters that Vanessa Lucido’s idea of leaving the hammergrab atop the obstruction overnight appears to have moved the offending object five feet. The treasure hunters then use the hammergrab to remove the obstruction, which appears to be gravel they previously used to backfill Borehole H8, before encountering what oscillator operator Danny Smith declares “feels like a void” at a depth of 202 feet. Despite this tantalizing development, the hammergrab proceeds to bring up more gravel backfill, prompting the treasure hunters to reluctantly terminate the shaft for safety purposes.

The next day, the Oak Island crew uses an excavator to extract some of the stones from the Paved Area in the swamp. While they work, the treasure hunters are approached by Doug Crowell and Dr. Ian Spooner. Dr. Spooner informs the treasure hunters that the stick which he extracted from beneath the Paved Area the previous episode was carbon dated to around 1200 A.D. – a date consistent with the Knights Templar theory. The geoscientists declares this to be evidence that the Paved Wharf, which multiple experts have opined was created by the hand of man, was formed around 1200 A.D. The treasure hunters decide to convene in the War Room in light of this startling development.

The crew members file into the War Room the following day, where they find a visual timeline laid out on the table. This display, created by Charles Barkhouse, stretches from 1100 A.D. to the present day. There is a thick line of demarcation at 1795, the date in which the Money Pit was first discovered. Various artifacts recovered on Oak Island over the years have been placed on the timeline in the respective centuries during which they are believed to have been created or deposited. A cluster of coins, nails, and buttons lie between 1650 and 1795, in the midst of which are the labels ‘Golden Age of Piracy’ at 1700 and ‘Crown Jewels Theory’ at 1793. The burnt iron bracket found in the swamp lies at around 1700, and the rhodolite garnet brooch found on Lot 8 lies at around 1650. The Spanish maravedis sits at 1652, and the conical pike pole point found in the swamp is located at 1600 (despite Carmen Legge’s dating the artifact from 1710 to 1790), overtop the labels ‘Rosicrucians’ and ‘Francis Bacon’. In the middle of the 1500s, we see two large rusted iron strips presumably recovered from Smith’s Cove. At 1500 is the label ‘French Exploration’, and at 1400 is the label ‘Portuguese Exploration’, below which lies the hand-point chisel found at Isaac’s Point. Somewhere in the 1400s, we see the swage blocks discovered on Lot 21. At 1300 is the label ‘Order of Christ’, overtop of which sits a clump of coconut fibre. The lead cross and the swamp stick extracted by Dr. Spooner have been placed in the late 1200s. The year 1200 bears the label ‘Norsemen Exploration’. At the beginning of the timeline, at the year 1100, we see a blackened piece of wood- perhaps one of the pieces of burnt wood found in the swamp. Below this item is the label ‘Templar Exploration’.

The treasure hunters proceed to discuss the implications of the finds. Jack Begley points out that the data seems to point to multiple operations that took place at different times. “We know, during specific dates,” he says, “that large amounts of work went on on Oak Island in at least two different clumps of time. You’ve got the 1600s,” he says, pointing to artifacts which date to that time period, “which fits with the Rosicrucians and the Francis Bacon theories. You’ve got the 11-1400s, which fits right in with the Templar theories. And we have dendro information from the slipway that someone was there doing a lot of work before searchers.” Doug Crowell echoes that notion, saying, “All of this changes the mystery as we know it… because it was supposed to be an uninhabited island in 1795 when the treasure hunt began as we know it, but this has shown us that there was a story, and there was activity going on here much earlier, and on possibly a very continual basis, whether it’s the same group or not.”

During the discussion, Jack Begley and Gary Drayton express their belief that some of the artifacts bolster the Knights Templar theory. Craig Tester, on the other hand, remarks that much of the evidence points to an event that took place in the late 1600s. Gary Drayton suggests that, based on the swage blocks found on Lot 21 and the pick head found at the Eye of the Swamp, tunnels may run beneath Oak Island in places other than the Money Pit area. Surveyor Steve Guptill then discloses that data collected during “strategic digs” indicates that the Paved Area measures 170’x 80’, and that, according to Dr. Ian Spooner, it may have lain at the edge of open water in the 1200s.

Once each of the treasure hunters have said their piece, Marty Lagina withdraws a modern toonie, or $2 Canadian coin, from his pocket and places it at the right end of the timeline. “That’s my toonie,” he says. “That’s the one I put down H8”. The narrator then reminds us that, back in Season 5, Episode 8, Marty threw a coin down H8 for good luck, saying “Go find your brother.” In the War Room, Marty observes that the PVC casing he tossed the toonie down was located about ten feet from the centre of RF1, indicating that the toonie drifted about ten feet underground. In light of this new evidence, the treasure hunters discuss the possibility that the Money Pit treasure similarly drifted underground from its original position, perhaps both vertically and horizontally. 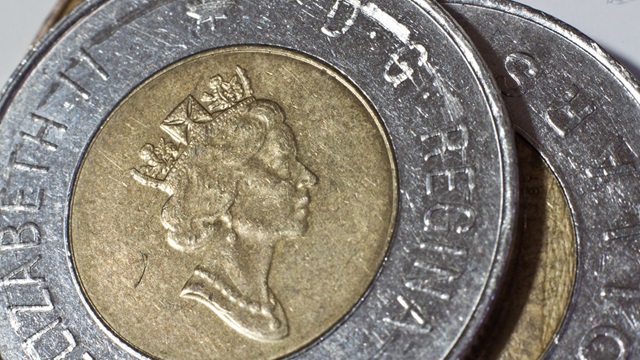 Marty Lagina then asks the Fellowship whether they believe treasure still lies hidden somewhere on Oak Island. Every crew member but Alex Lagina, Laird Niven, and Dan Henskee express their belief that there is probably still treasure to be found on the Island. Marty himself states that he believes there to be a 40% possibility that Oak Island was ever the depository of treasure, and a 20% possibility that treasure remains to be found. “But that’s way farther than I ever was before,” he continues. “My leading theory, when I first came on this island, was that it was just collective madness.”

Next, the treasure hunters bring up the subject of the “Big Dig”- a long-discussed comprehensive excavation of the Money Pit area, which Marty Lagina estimates would cost tens of millions of dollars and take as long as three years to complete. The narrator then explains that the Big Dig would either involve the “construction a massive concrete shaft around the entire Money Pit area so that access to the vault would be unhampered by flooding,” or the drilling of a 100-foot-wide ring of boreholes which would be pumped full of some freezing agent, allowing the treasure hunters to excavate the Money Pit area without having to contend with floodwater.

“The Big Dig has been kind of hanging out there for a long time,” Marty Lagina summarizes in a later interview. “It’s almost like a child’s dream. The science is relatively simple. It’s just basically trying to make a solid ring around the Money Pit, and then plug the bottom of it, and then excavate that.” Rick Lagina then adds, “It’s enormously expensive from a financial [perspective, and] commitment of time and resources, but at the end of the day, you dig an 80 foot, 100-foot-in-diameter circle, we all know within that resides the original Money Pit. I think it’s ultimately the only way to really get to the bottom of what happened here on Oak Island.”

The Fellowship of the Dig concludes the War Room meeting and heads to Borehole 10-X, where a commemorative plaque honouring Dan Blankenship has been erected. The plaque reads:

“A Titan of Oak Island

“This dedication stands as a memorial to his abounding drive for answers and unwavering faith in God.

The Lagina brothers explain that the monument on which the plaque is affixed is composed of rock from Oak Island and old drill pipes that Dan Blankenship used during his Oak Island treasure hunt. Rick and Marty honour the veteran treasure hunter in a eulogy, keeping their speeches intentionally brief, since Dan, in the words of his son, Dave, was a man of few words.

In the previous episode, Dr. Ian Spooner extracted a stick wedged between the rocks which compose the Paved Area. In this episode, he had the stick carbon dated to about 1200 A.D., and took this as evidence that the Paved Area was artifically created at that time- a notion congruent with the Knights Templar theory.

This is not the first theory that Dr. Spooner has developed regarding Oak Island’s swamp. Back in Season 7, Episode 3, the geoscientist extracted core samples from the swamp’s ‘Ship Anomaly’, from which he concluded that the triangle-shaped bog was formed sometime in the 1600s, and supported trees and other forms of terrestrial vegatation prior to its transformation into a wetland.

Back in Season 7, Episode 9, Dr. Spooner and his graduate students extracted sticks and other organic matter from the ‘Eye of the Swamp’. The evidence gleaned from these samples, coupled with his discovery of unnaturally-interlayered organic matter and till in the swamp, led the geoscientist to conclude that the swamp first formed around 1220 A.D., and that the Eye of the Swamp was disturbed by man sometime between 1674 and 1700. He elaborated on this theory in Season 7, Episode 18, in which he suggested that the Eye of the Swamp constitutes the remains of a 300-year-old clay mine, and that the Paved Area constituted the roadway by which clay was transported from the mine onto ships.