The following is a Plot Summary and Analysis of Season 5, Episode 4 of the History Channel’s TV series The Curse of Oak Island.

At the Money Pit area, Rick Lagina, Dave Blankenship, and Charles Barkhouse meet with geologist Terry Matheson, who informs them that the Brewster Drill Team is currently drilling a hole in the spot at which the Chappell Shaft is believed to be located. The narrator then explains that the current drillhole is number 16 of the 38 holes which will make up the Geotech Grid.

Driller Mike Gudelewicz walks over to the four men and informs them that the drill, now at a depth of 168 feet, has struck bedrock. On Matheson’s advice, the treasure hunters decide to abandon the hole they are in and start a new one. While Rick calls up Craig Tester in order to see if he is in agreement with the decision, Gudelewicz approaches Matheson with the news, relayed to him by driller Ivan Gough, that the drill actually encountered a three-foot void beginning at 166 feet. In light of this new development, the treasure hunters decide to keep drilling, and shortly thereafter, they encounter a much larger cavity at 179 feet which appears to be at least 30-feet high. Rick asks Charles what he makes of this new discovery, to which the historian replies “Could it be that spiral tunnel that Restall believed was there?”

The narrator then briefly describes the Restall family’s Oak Island treasure hunt while rare, old footage of Robert, Mildred, Bobby, and Richard Restall plays in the background. He goes on to describe how Robert Restall, upon drilling through a series of mysterious voids in 1963, theorized that a spiral tunnel lay deep beneath the Money Pit area.

Back at drillhole #16, several fragments of what appear to be axe-cut wood are airlifted to the surface from a depth of nearly 200 feet.

Almost immediate after this discovery, a piece of hosing explodes, blasting the hardhat off driller Max Williamson. The treasure hunters and the drilling crew run to the injured man’s assistance and quickly ascertain that the badly shaken Williams, his head and coveralls spattered with debris, has suffered a broken wrist and a contusion on his leg but is otherwise unharmed. “Almost the seventh man,” Williams quips morbidly, grinning as he calms his nerves with a cigarette. Williams’ joke is a reference to the legend after which the TV show is named, which has it that a seventh man must lose his life in pursuit of the Oak Island treasure before the island will reveal her secrets.

After some time, an ambulance arrives on the island, and a pair of paramedics assess William’s injuries. Although the emergency medical technicians agree that the driller’s wounds are not life threatening, they decide to transport him to the local hospital for treatment.

Once the ambulance leaves, Rick phones up Marty and informs him of the accident. Upon hearing the news, the younger Lagina brother says, “Rick, [that’s] exactly how a guy got killed on a rig I was on.” He proceeds to tell a story of how a roughneck working on an oil and gas well at which he was present attempted to turn off a high powered pump and had his head crushed when its hose burst. “When high pressure lines let go,” Marty concludes, “it’s bad news.” The Lagina brothers agree that they and their crew ought to make an effort to avoid unnecessarily populating the work site when drilling is underway. “The seriousness of it and what it might have been has certainly made us much more aware of the safety issues involving this process,” says Rick in a later interview. “It’s sobered us up, if you will.”

The following day, while the Oak Island crew works to improve the safety of the work site and get the drilling operation back underway, Jack Begley, Peter Fornetti, Gary Drayton go on a metal detecting excursion at Isaac’s Point, on the eastern end of the island. They quickly unearth the broken end of a barrel of a toy gun. After a little more searching, they find the rest of the toy- a vintage Hubley Sure-Shot cowboy-style mock-revolver cap gun.

Later that day, Rick Lagina and Charles Barkhouse meet in the War Room. While discussing the progress of the pattern drilling operation, they are joined by Jack Begley, who informs them of the discovery of the toy gun. Rick voices his suspicion that the toy belonged to Ricky Restall, who was a young boy on Oak Island at the time of his father and brother’s treasure hunt. While on the subject of the Restall family, Rick reveals that Lee Lamb, Bobby and Mildred Restall’s only daughter, has expressed an interest in visiting the island to see the completed visitor’s centre. “It would be nice to see her again,” says Charles.

Two days later, Rick and Marty Lagina and Craig Tester meet with Kyle Fetterly and Ivan Gough of the Brewster Drilling Team at the Money Pit area. Marty first inquires as to the condition of Max Williamson, whereupon Fetterly informs them that the injured driller has been discharged from the hospital and is expected to make a full recovery. Marty then asks the drillers what they plan to do differently in order to prevent an accident similar to the one that injured Williamson from recurring in the future. The drillers explain that they will exchange their Whipcheck cable restraints- safety devices designed to secure hoses to their respective couplings- with a Whipsock sleeve, a more reliable hose safety device, and that they expect to resume the drilling operation within a week.

Later, Rick and Marty Lagina, Craig Tester, Dave Blankenship, Charles Barkhouse, and Jack Begley welcome Lee Lamb and Rick Restall to the Oak Island Interpretive Centre. In an interview, Rick Restall explains that he has come to the island in order to come to terms with the emotions that resulted from his witnessing his father and brother’s tragic deaths on August 17, 1965. The Lagina brothers, in an interview of their own, opine that no other Oak Island treasure hunters have suffered and sacrificed more than the Restall family, and that they are honoured to welcome Lee and Rick back to the island.

In the Interpretive Centre, Lee Lamb and Rick Restall examine artifacts, photos, and documents related to their family’s treasure hunt. We are reminded that Rick Restall played a key role in the discovery of the ‘1704 stone,’ one of the Restall’s most significant finds. 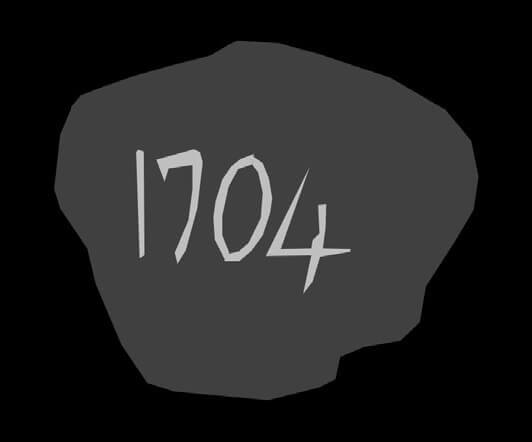 After showing the Restall siblings the ‘Restall Corner’ of the museum, the Oak Island crew presents Rick Restall with the toy gun found on Isaac’s Point. After looking the gun over for some time, Rick exclaims, “By gosh, this must be my gun… I remember arriving on the island with all the stuff that a city kid would have, like a cowboy outfit- the hat, the holster, the gun- and, by the end of that summer, I think most of that stuff was somewhere else on the island.”

“Actually seeing a gun from that era was a reminder of what a carefree childhood would be. And it was a reminder [that] my time- my first summer on the island, in other words- was fun, and [filled with] childhood game and mostly imagination. It was like a paradise in those days.”

Lee Lamb, in a later interview, explained that her trip to the island with Rick Restall was significant because it drew her brother “into his rightful place.”

“This was Ricky’s moment,” Lee concludes.

A week after the Restall siblings’ visit, Oak Island Tours Inc. and the Brewster Drilling Team meet at the Money Pit area and resume the pattern drilling operation. Among the drilling crew is Max Williamson, who has recovered from the worst of his injuries.

In 1963, Robert and Bobby Restall conducted a number of exploration drilling operations in Money Pit area. Their findings led them to develop a unique theory regarding the area’s underground workings.

Using their exploration drilling data as evidence, the Restalls believed that the two ‘chests’ drilled through by the Truro Company in 1850 were decoy treasures designed to entice treasure hunters into believing they had unearthed the Oak Island treasure, when in fact the real treasure was located deep below in the ‘cement vault’ drilled through by Frederick Blair and the Oak Island Treasure Company in 1897. They also believed that a hidden spiral-shaped walk-in tunnel led from the 100-foot level at which the decoy treasure lay to the treasure vault below. They also believed that the vault was not located directly below the Money Pit but rather somewhere off to the side, and was discovered by chance in 1897 when the Oak Island Treasure Company drill deflected off the iron object at a depth of 126 feet and continued down at an angle.