The Phantom Train of Medicine Hat

In the spring of1966, columnist Ken Liddell of the Lethbridge Herald interviewed Andrew Staysko, a retired CPR train engineer. Staysko, who had worked for the Canadian Pacific Railway for forty-eight years, told Liddell the strange tale of Medicine Hat’s phantom train and the wreck of 1908.

One night in June, 1908, a train departed from the Medicine Hat CPR station, heading east towards Dunmore. The train was to couple with the Spokane Flyer- a deluxe Crowsnest passenger train- in Dunmore and take the former Galt Line west through Lethbridge and down the Crowsnest Line that went into the Crowsnest Pass. Aboard the train was an engineer named Bob Twohey and a fireman (firemen, or stokers, were the men who shovelled coal into the fireboxes of steam locomotives) named Gus Day.

About two miles outside Medicine Hat, the track began to wind around one of the cutbanks surrounding the Ross Creek coulee. No sooner had the train rounded the corner, than Twohey and Day found themselves face to face with the headlight of an oncoming train, fast approaching from the east. Instinctively, Twohey dropped his hand to the brake valve, but it was far too late. Before he could crank the lever, however, the approaching train glided laterally off the tracks. Twohey and Day gazed in disbelief as a string of phantom coaches rushed past them.

The spectral crewmembers in the cab waved a greeting to the two horrified trainmen, as CPR crewmembers passing another train would typically do. As Day- who stood weak-kneed in the cab doorway- would later recount, the windows of the coaches that trailed behind the ghostly locomotive were lit. Suddenly, as soon as it had materialized, the phantom train vanished.

Twohey and Day, who both doubted their own senses, remained silent. They continued east without so much as a word, coupled to the Spokane Flyer in Dunmore, and finished their shift without further incident.

In the days to come, Twohey and Day, for the most part, kept their strange tale to themselves. Gus Day, after some time, began to relax and wrote off the incident off as an experience of life. Bob Twohey, on the other hand, feared that the phantom train was a premonition portending something terrible. Unable to get the thought out of his mind, he sought the advice of a fortune teller. Sure enough, the fortune teller predicted that Twohey would die within the month. 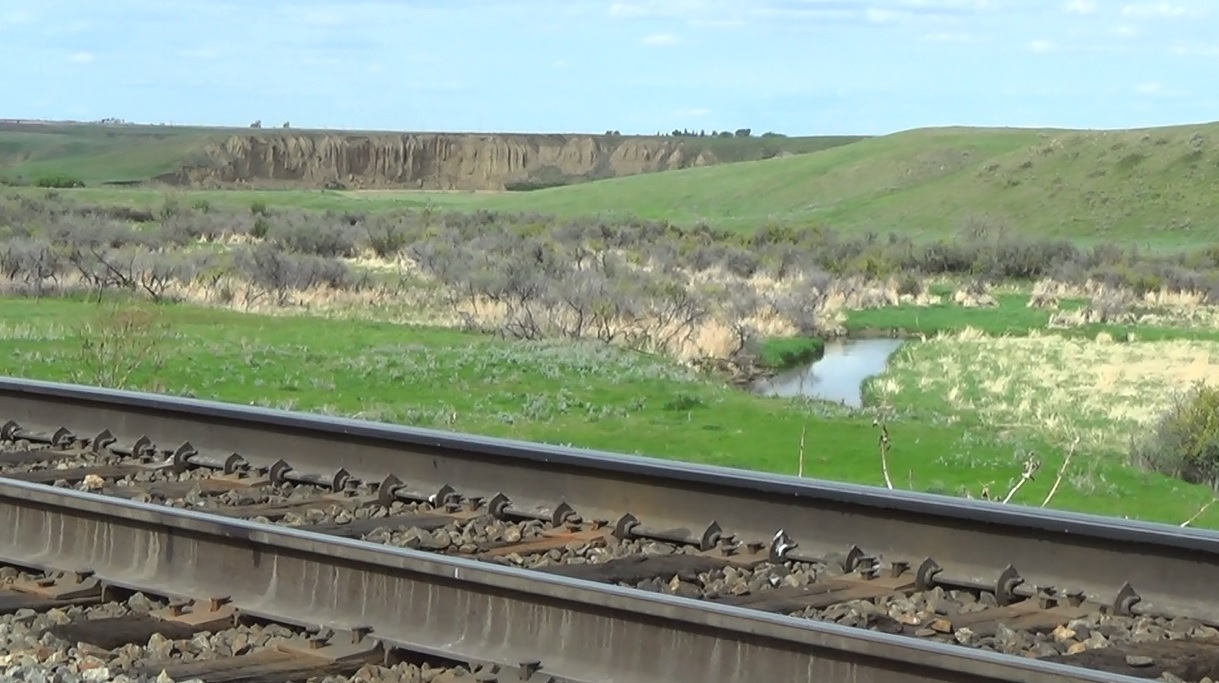 About two weeks after their incident with the phantom train, Twohey and Day met on a street in Medicine Hat. Perhaps feeling safer with the passage of time, the two trainmen found the courage to ask each other what they had seen that strange night. To their immense relief, they found their accounts to be identical.

Twohey told Day about the fortune teller’s prediction, and that he planned to lay off for a couple of trips. Following their conversation, he booked some time off and went to stay with some relatives in Lethbridge. Day, on the other hand, stayed on the job. 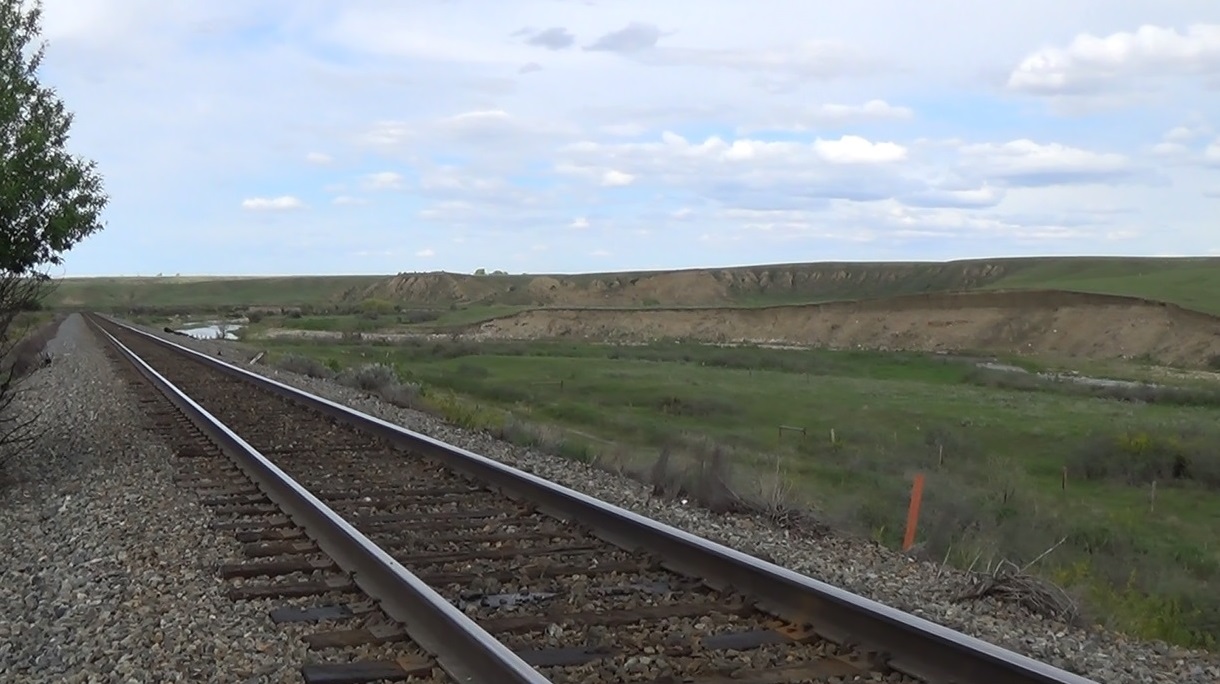 A few nights later, Day was assigned a job nearly identical to the one that he and Twohey had worked on that strange night. In the exact same engine, Day was to travel east from the station, couple with the Spokane Flyer in Dunmore, and proceed west to the Crowsnest Pass. This time, however, the engineer working the shift was a man named J. Nicholson. 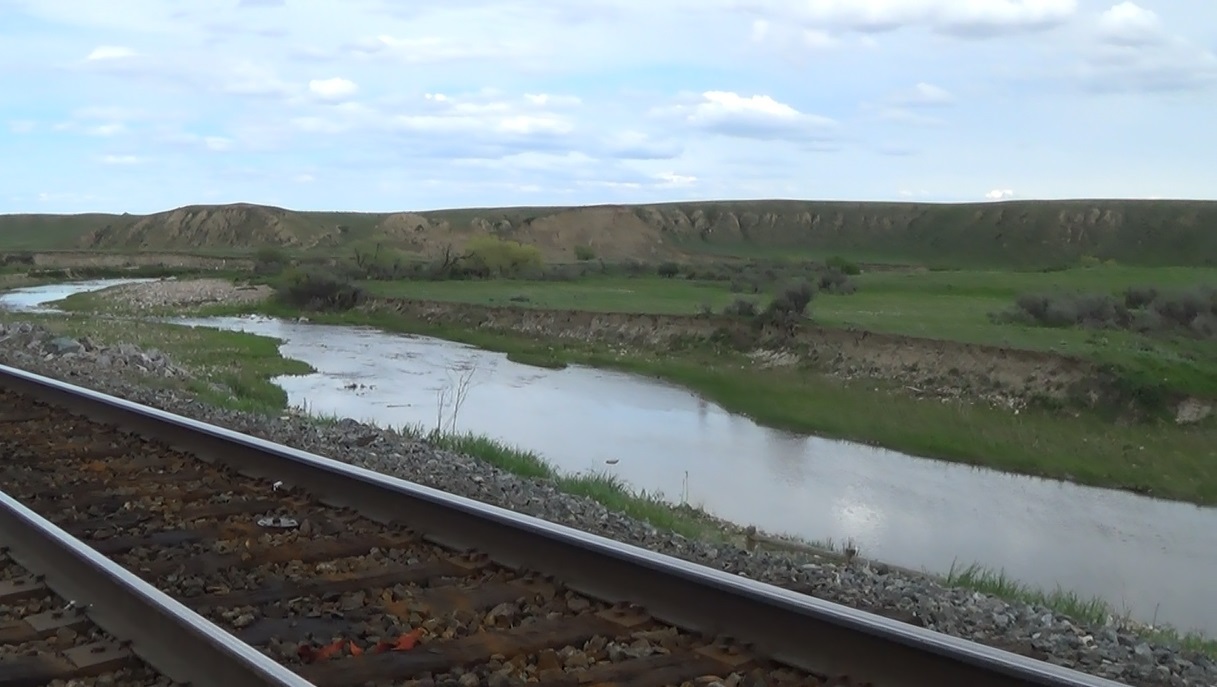 That night, just as the engine rounded a corner in the Ross Creek coulee, the phantom train appeared again with the whistle blowing and the headlight glowing. Just as before, the train sped past on invisible parallel tracks, with the ghostly crewmembers waving greetings from their positions in the cab and the cars. Before poor J. Nicholson knew what was happening, the train disappeared into the dry prairie air. 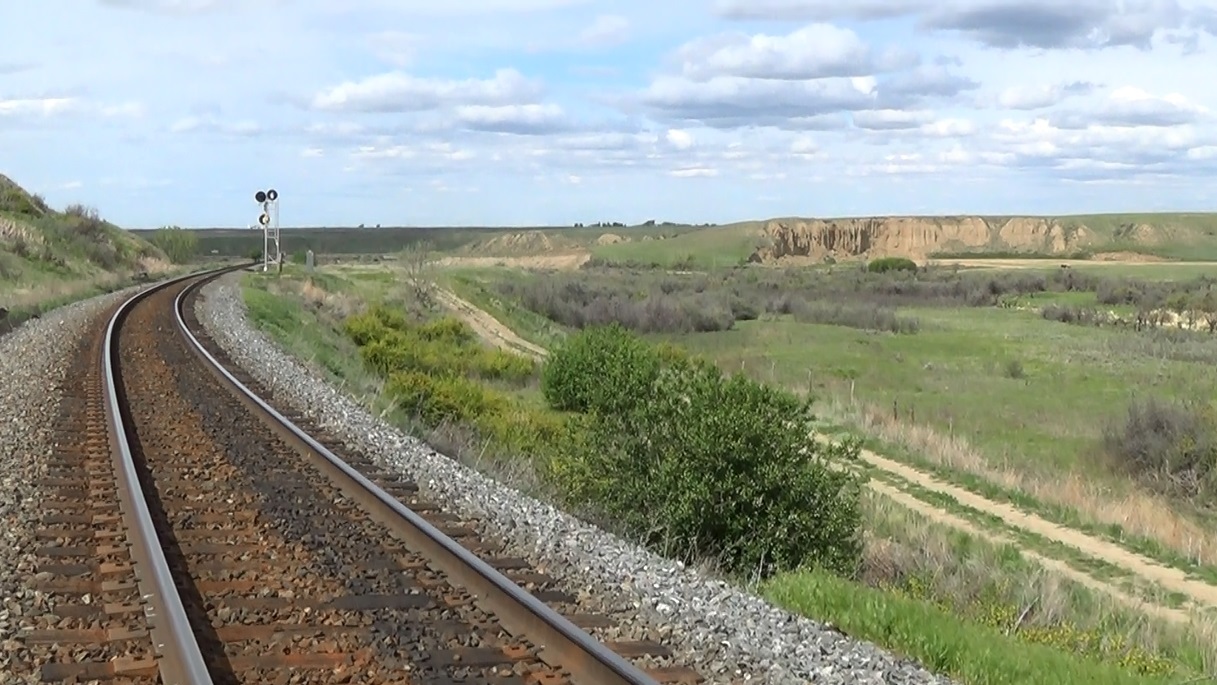 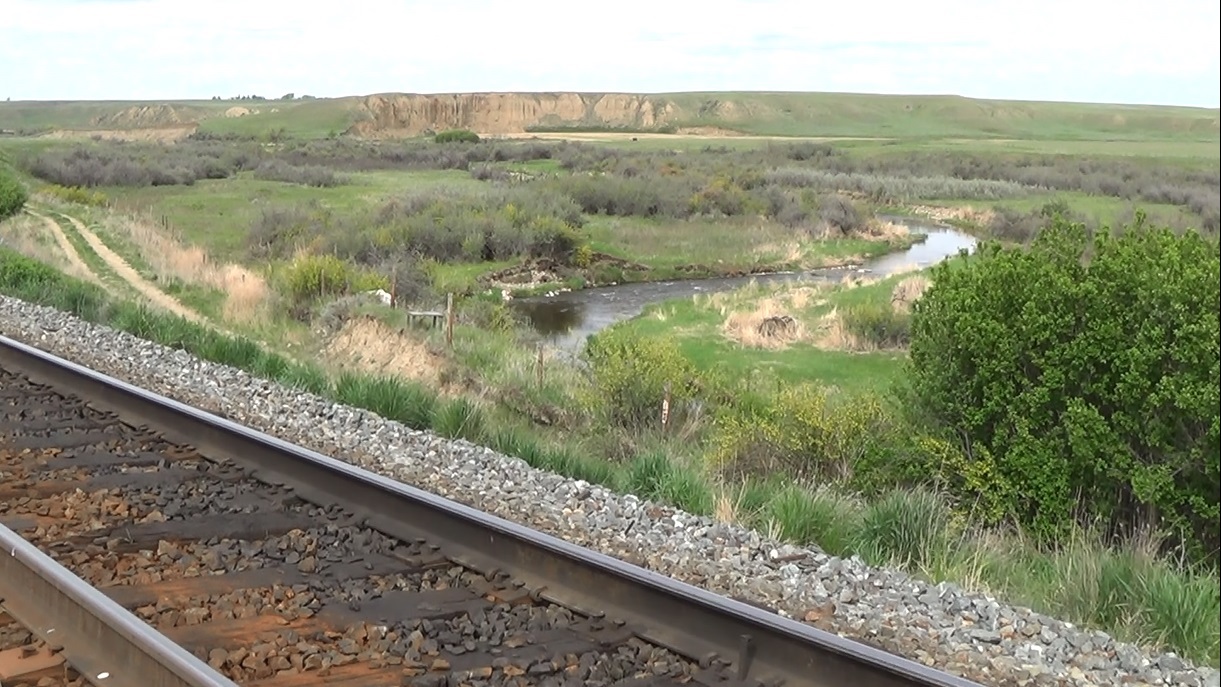 On the morning of July 8, 1908, J. Nicholson boarded the same locomotive that he had operated with Day several nights earlier, the night on which he witnessed the ghost train. He was accompanied by H. Thompson, a fireman; Gus Day, who was usually the fireman on that locomotive, had been assigned to yard service. Just as before, the locomotive was scheduled to travel east to Dunmore, couple with the Spokane Flyer, and head west into the Crowsnest Pass.

When the train was about 100 yards from the location on which the phantom train had been spotted on two different nights, another train appeared around the bend. This time, however, it was daylight, and it was for real. The oncoming train was the No. 514 passenger train from Lethbridge, and the engineer at the throttle was none other than Bob Twohey, who had overcome his fears and returned to work. 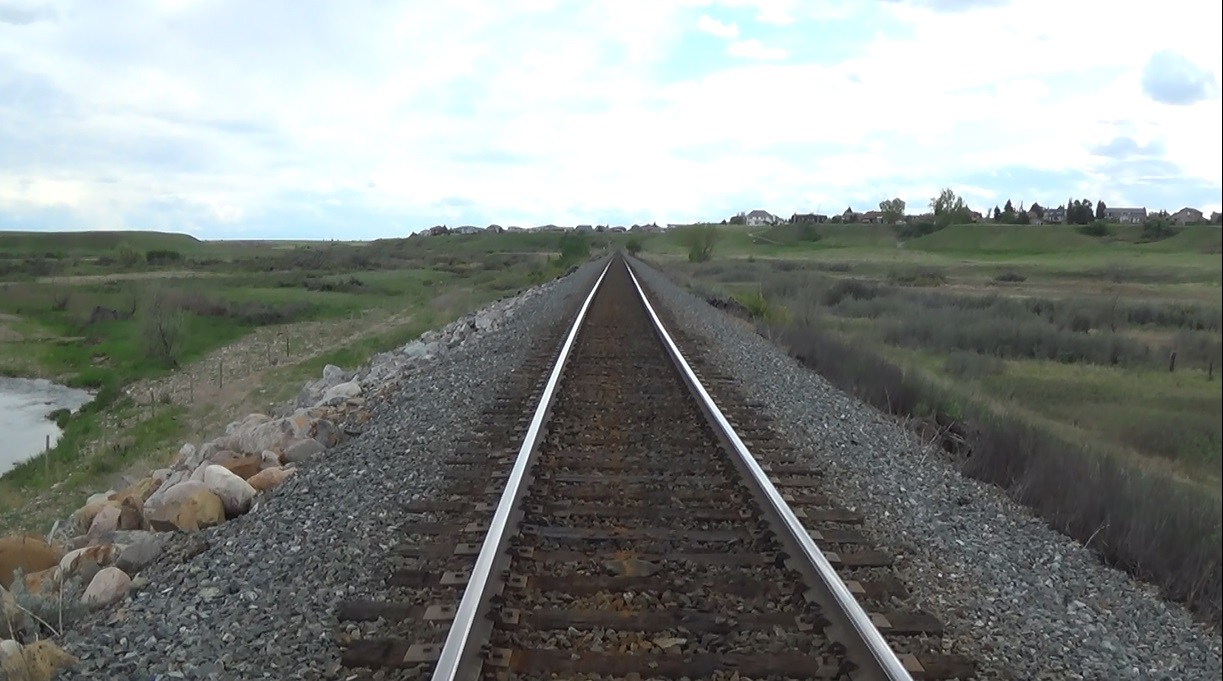 In the ensuing crash, both engineers, Twohey and Nicholson, died on impact. A fireman named Gray and a conductor named Mallet, both crewmembers of the inbound passenger train, along with seven of the passengers, were also killed in the crash. H. Thompson, the Medicine Hat fireman, leapt from the cab just in time.