The following is an article which I originally published on my personal website in 2014.

How Seven Persons Got Its Name

Canadian prairie communities are notorious for their outlandish names (for example, Medicine Hat and Moose Jaw), and Seven Persons is no exception. 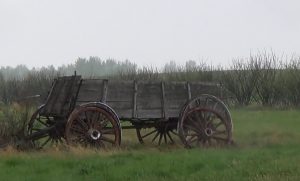 Seven Persons is a hamlet located just outside Medicine Hat, Alberta, on the #3 Crowsnest Highway and the old Galt railway line. The hamlet is named after the Seven Persons Creek, a small creek which runs alongside it, northeast through Medicine Hat and into the South Saskatchewan River. According to local literature, the hamlet’s strange name was the butt of many good-natured jokes told by bus drivers and train conductors passing through the area. For example: “If you are from Seven Persons, where are the other six?” “I see two of you, so the place must be called Five Persons today.”

By nearly all accounts, the Seven Persons Creek, the namesake of the hamlet, was so named because of an Indian legend. However, as is the case with many Indian legends, which were traditionally passed down by word of mouth, there are a number of different versions. The following are some of the different stories behind the naming of Seven Persons Creek and the similarly-named hamlet.

Hugh Dempsey is a famous Albertan historian who considered by many to be the foremost authority on western Canadian frontier history. In one of his articles, which is archived in the Glenbow Museum in Calgary, Dempsey recounts a story that apparently explains how Seven Persons Creek received its name. 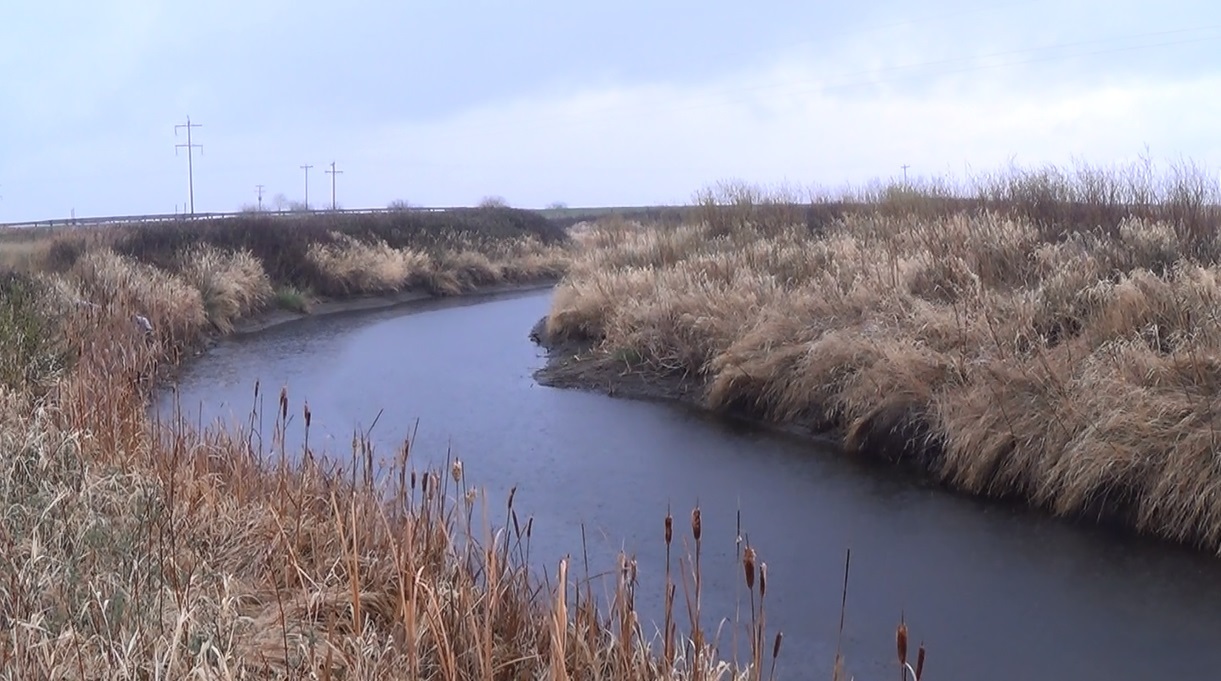 In 1872, a war party of Blood Indians led by Chief Calf Shirt, a hero of the Battle of Belly River, was travelling on the prairies southwest of Medicine Hat. The warriors happened upon a band of Cree near a small creek. In spite of the formal peace that was made between the two Indian nations in the fall of 1871, the Blackfoot (Blood) and Cree braves clashed. In the ensuing battle, seven Cree were killed. When the fighting was over, Calf Shirt, the leader of the victorious Bloods, took from one of the corpses a holy tomahawk-pipe made of red stone. In honour of the battle, the creek at which it took place was called “Iihkisika-tapee”, or Seven Persons.

James Sanderson was a Scots-Cree frontiersman who was one of the first Albertans to take up ranching. An early Medicine Hat resident in his later life, Sanderson compiled the stories told around the Indian and Metis campfires of his youth in his work “Indian Tales of the Canadian Prairies”. Sanderson’s stories offer unique Cree-slanted perspectives on incidents more commonly recounted by Blackfoot storytellers. 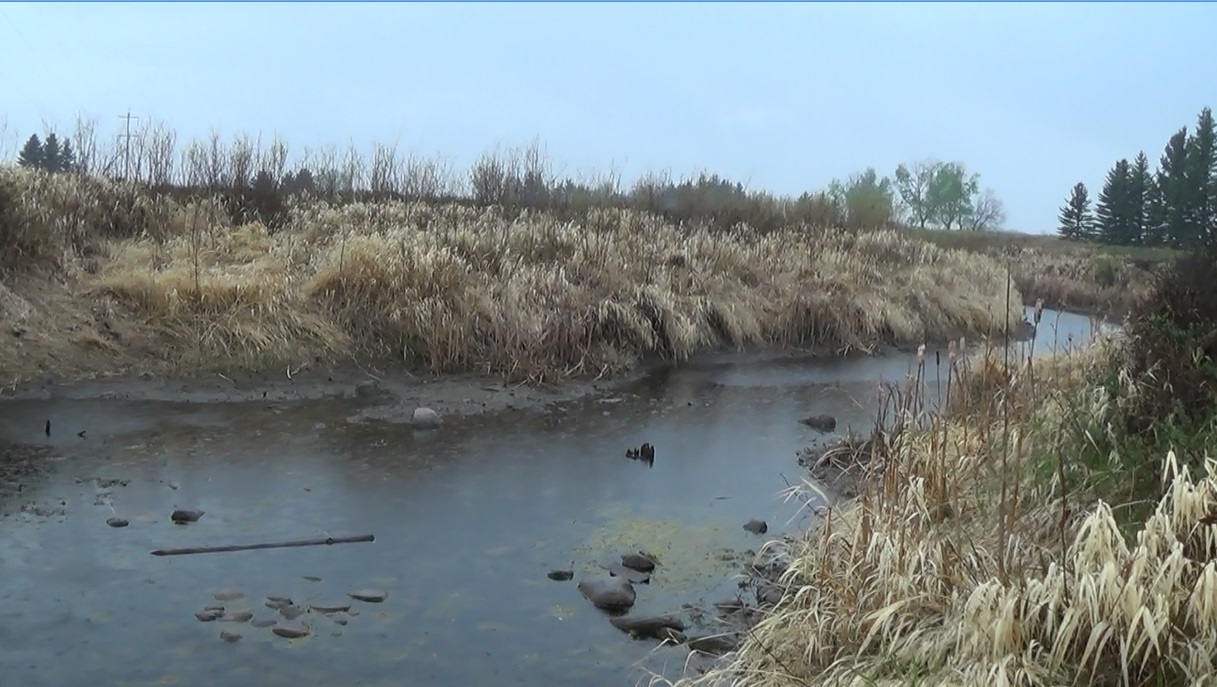 According to Sanderson’s version of how Seven Person’s Creek was named, many years ago, in the fall, a party of Blackfoot, led by a great medicine man named Yellow Calf Shirt, was on the war path southwest of present-day Medicine Hat. The Blackfoot crossed the creek in question slightly upriver of its intersection with the South Saskatchewan (near present-day Seven Persons) and discovered seven fresh corpses lying on its banks, as if they had been “suddenly struck down while following each other in Indian file”. Upon closer inspection, the Blackfoot discovered that the bodies, although not scalped, were completely bald, that they were devoid of any sort of battle wounds, and that they lacked any discernable indicators of tribe or affiliation. Intrigued, the Blackfoot decided to wait to see if anyone would claim or bury the bodies. Although they waited patiently in the area for five days, no such party appeared. Mysteriously, the bodies remained as fresh as the day that the warriors found them, without any signs of decay. After discussing the situation, the warriors concluded that the seven dead men had likely offended the Great Spirit, whom they believed inhabited the waters of the South Saskatchewan River, which was connected to the creek. On the advice of their leader, they built tall stone cairns around the bodies and left them where they lay. The following spring, the Blackfoot returned to the location of the bodies of the seven persons. To their amazement, they discovered that the stones remained in precisely the same way that they had laid them, indicating that the bodies had neither been scavenged by wolves nor decomposed. Ever since then, according to Indian tradition, the creek was known as Seven Persons Creek. James Marshall, a well-known Medicine Hat artist, carved a brick mural depicting Sanderson’s legend, which adorns one of the halls of Seven Persons School.

Although most of the stories regarding Seven Persons’ naming maintain that the creek is the namesake of the river, and that the creek was named after an Indian legend, there is one notable anomaly. 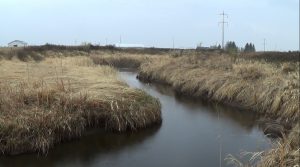 Lillian Ost, a member of the Seven Persons Historical Society and author of the book “Seven Persons: One Hundred Sixty Acres and a Dream,” wrote that a Canadian Pacific Railway tie gang likely named Seven Persons, thereby inferring that the hamlet was the namesake of the creek and not the other way around. According to Ost, the construction crew who built the railway (according to Ost, this was at the same time as the construction of the Crow’s Nest Line, which was in 1897) came across seven rough graves not far from the construction site (Ost points out that it was not clear to the labourers whether the graves were Indian or white), and decided to name the surrounding area “Seven Persons”. 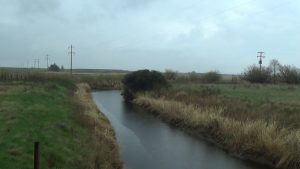 There is a possible historical inaccuracy in Ost’s version. Specifically, the railway that runs through Seven Persons is the “Galt Line” (Dunmore to Lethbridge), originally built by Alexander Galt in 1885, and not in 1897 as the story suggests. The CPR purchased the Galt Line in 1897, at the same time as the construction of the Crow’s Nest Line. However, Ost’s story is not necessarily without merit. If we suppose that her source was mostly accurate, save for the fact that the aforementioned construction crew was in fact a maintenance crew repairing the track after the Canadan Pacific Railway purchase, or a CPR crew installing the small 6-mile station that was early Seven Persons, or alternatively that the Galt Line tie gang discovered the graves while building the track in 1885, her story fits quite nicely with Dempsey and Sanderson’s Indian legends.