There were two noted chiefs of the Crees who were brothers-in-law. One was named Eh-kaka-putta-what, or The Man who didn’t Miss, and the other Pas-ki-si-ka-nis, or Little Gun. The latter was not only a brave warrior, but a great medicine man and an expert at stealing horses.

In the year 1872, the two chiefs left the Moose Jaw valley on the warpath for the West, going by way of the Cypress Hills to the Sweet Grass Hills. Their party numbered sixteen all told. After crossing the Milk River, the runners whom they had sent out to reconnoiter returned and reported having found a camp of over 100 lodges of Peigans. Little Gun, having made medicine, told the young men that if they preferred to avoid a battle they could make a detour and pass the camp of the enemy. The young men replied that they had come out to follow his lead, and that they would be satisfied to do whatever he advised. The Man who didn’t Miss, however, spoke up and said that he had come out to have what, with grim humor, he called “some fun”, and did not propose to miss any chance of having it that might offer. He had come out, he added, to kill or be killed. When his only boy had died the previous winter he had made a vow to the Great Spirit that he would seek out his enemies on the first opportunity to have revenge for the death of his boy. “Therefore,” he said in conclusion, “I will not go around the camp of the Peigans, but will go right to it, even if I have to go alone.” 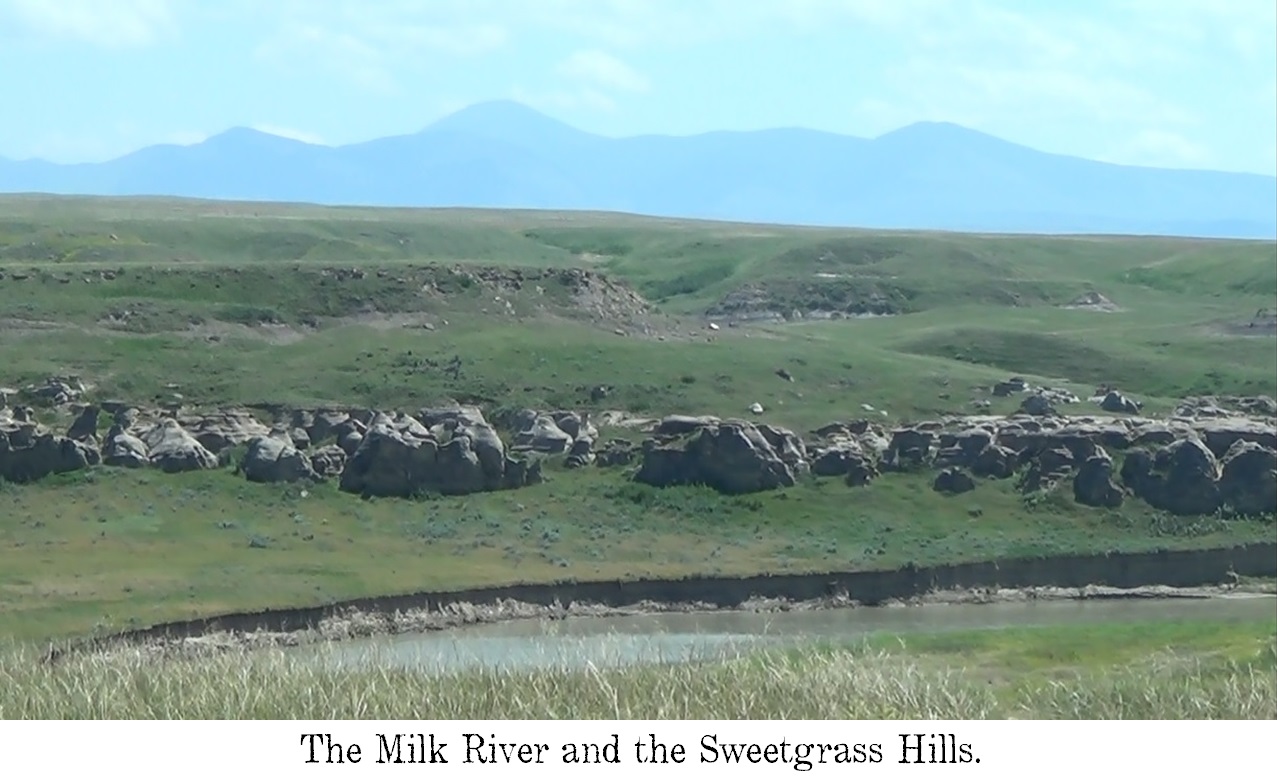 On hearing this, Little Gun asked the young men if they were willing to go and attack the enemy, and they said they were. “Then,” said Little Gun, “half of us will never see our homes again or, if over half of us should return from the fight, every one will be wounded. I am no coward, as you know, and I will go with you, but I think my brother-in-law has done wrong in inducing you to undertake this fight. This I know- that neither he nor I will ever see our campfire again.”

The party made ready and started for the enemy’s camp. The very first two shots that were fired by the Peigans killed The Man who didn’t Miss as he sat on top of a hill overlooking the camp. Finding himself mortally wounded and unable to take any further part in the battle, he passed his gun to one of the young men, telling him to make good use of it and in case he should be shot, to pass it to another so that it might do effective work in the fight. “As for me,” he said, “I am going to see my boy.”

Notwithstanding that they were so much outnumbered, the Crees maintained the fight all day, but Little Gun and five more of their braves were killed. There were 13 men of the Peigans killed, but only one scalp was taken by the Crees, and that was taken by Is-pish-koos, or The Ant. Of the nine who returned under cover of the night, there was not one who was not wounded. Thus was the rashness of one man punished and the prediction of the other literally verified.