The Adventures of Alexander Henry the Elder: Part 2

Continued from The Adventures of Alexander Henry the Elder: Part 1.

The pair hiked through the night and arrived at a solitary wigwam by sunrise. This dwelling was occupied by a single native and his wife. The couple welcomed the men into their home and fed them a huge meal of venison and melted snow. “I resumed my journey,” wrote Henry, “full of sentiments of gratitude, such as almost obliterate the recollection of what had befallen me among the friends of my benefactors [the previous night].” 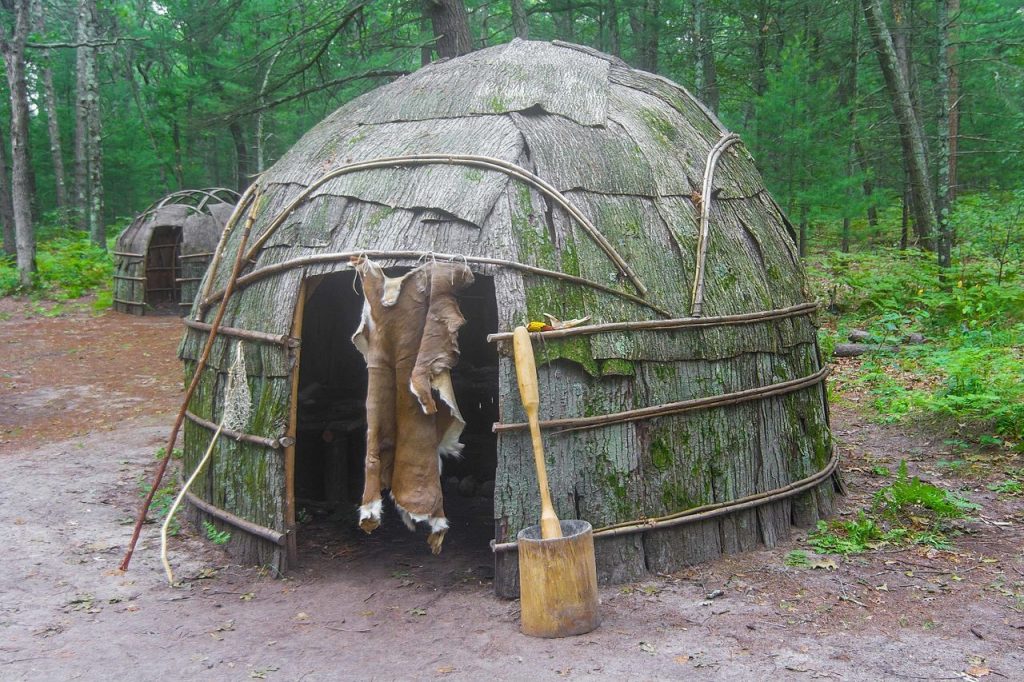 Henry and Bodoine trudged down the frozen river on showshoe for the rest of the day. At sunset, they came to a shallow, swift-flowing stretch of river which, in spite of the cold, remained free of ice. Nearby on the riverbank lay an abandoned birch bark canoe. The Frenchman suggested that, in order to save time and bypass a large Algonquin village located further downriver, they use this vessel to travel down the rapids. Despite the disaster which had befallen him on the St. Lawrence the previous year, Henry was anxious to avoid further confrontations with the natives and readily consented to his guide’s proposal. After performing a rough patch job, the pair embarked in the canoe and rowed out into the current.

Henry and Bodoine had not gone far downriver when their craft began to leak, and in no time the pair were ankle-deep in frigid water. After stopping briefly at a river island, the pair finally reached the end of the rapids and rowed over to the shore. Thoroughly shaken, Henry wrote that he would rather “have faced the wilderness and all its Indians” than relive the harrowing experience. 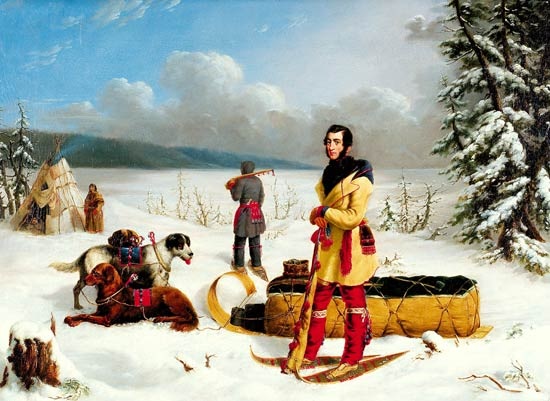 The following day, Henry and Bodoine encountered a toboggan-going French-Canadian who offered to take the New Englander to the village of Les Cedres, located downriver, for a fee of $8. Henry accepted the offer and, bidding his companion adieu, travelled on to the French settlement.

At Les Cedres, Henry was received by the settlement’s seignor (mayor)- a French fur trader named Jean-Baptiste Leduc. Through an interpreter, the Frenchman regaled Henry with tales of the fur trade and convinced him that the region of Michilimackinac, between Lakes Huron and Michigan, was the best place in the world to engage in this lucrative industry. Then and there, Henry resolved to become a fur trader.

Voyage Up the Ottawa River

Alexander Henry spent the rest of the winter in the Montreal. In May, he travelled south to Albany, New York, where he stocked up on trading goods. He then returned to Montreal, where he convinced British General George Gage to grant him a licence to trade with the Indians of Michilimackinac (or simply “Mackinac”) – a licence which Gage was reluctant to issue, as the natives of the Great Lakes had not yet made a peace treaty with the English and would conceivably be hostile to English subjects. Henry then secured the services of several French-Canadian voyageurs, who spent a day praying to St. Anne, the patron saint of Canadian river travel, and a night of hard drinking before setting out on the voyage to Mackinac. 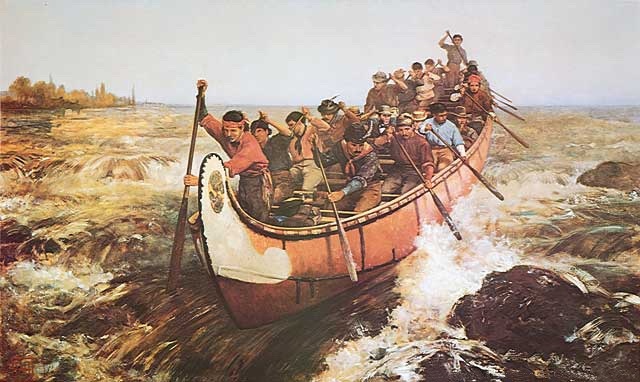 Instead of following the St. Lawrence, Henry and his voyageurs headed up the Ottawa River, a waterway which empties into the St. Lawrence at Montreal. Habitant farmland soon gave way to wild forest as they pressed beyond the boundary of civilization. The men paddled past the confluence of the Rideau River, where the Rideau Falls cascade into the Ottawa, and beyond the spectacular Chaudiere Falls, which tumble from a cliff in the middle of the river. They portaged (i.e. carried their canoes and gear) their way around Chats Falls, where a hydroelectric generating station now stands, and paddled up the Lac des Chats, where the river’s current slows to a near standstill. There, they encountered several canoe-going Algonquins with whom they traded some of their goods for beaver pelts and maple sugar. The natives asked the white men for rum, but Henry, remembering his first night on the trail with Jean Baptiste Bodoine, refused to sell them any. During the exchange, the natives, through the interpretation of the voyageurs, warned Henry that the Ojibwa who lived further upriver would certainly kill him, as he was an Englishman. Heedless of the warning, Henry and his crew continued up the Ottawa.

The party made a gruelling portage at a place called Grand Calumet. They passed the derelict remains of an old French trading post, where they purchased dried and fresh fish from a band of Swampy Cree Indians camped in its vicinity, and portaged around the rapids of Des Allumettes. Finally, after a succession of minor portages, the voyageurs reached the confluence of the Mattawa River, up which they proceeded.

Continued in The Adventures of Alexander Henry the Elder: Part 3.