The Adventures of Alexander Henry the Elder: Part 13

Continued from The Adventures of Alexander Henry the Elder: Part 12.

In the spring of 1769, Henry embarked on a prospecting expedition to the Island of Michipicoten, located about 37 miles southwest of the mouth of the Michipicoten River. When he failed to find any interesting minerals there, he planned to paddle south to a smaller island in the middle of Lake Superior, known as Caribou Island, which the Indians tantalizingly claimed had beaches of yellow sand. The Indians hadn’t visited the island personally, but knew about its existence from the tales passed down by their ancestors, which also contended that the island was home to enormous snakes. Unfortunately, Henry was unable to make the journey on account of poor weather and was obliged to return to the fort.

In the spring of 1771, Alexander Henry partnered up with Alexander Baxter and formed a mining company, as they had previously planned. The two Alexanders built a barge at Pointe aux Pins, a peninsula on the northwestern shore of Lake Erie, and embarked for the Island of Yellow Sand supposed by the Indians to lie south of the Island of Michipicoten, hoping that its beaches were littered with gold dust.

“After a search of two days,” Henry wrote, “we discovered the island with our glass; and on the third morning, the weather being fair, steered for it at an early hour. At two o’clock in the afternoon we disembarked upon the beach.” 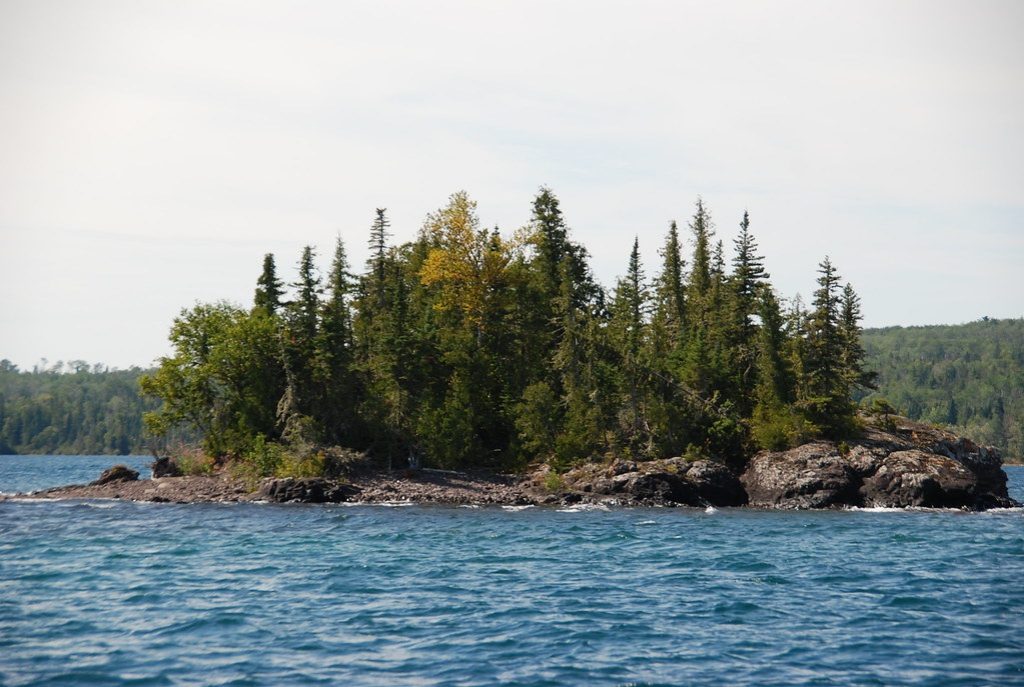 Henry carried his gun onto the island, resolved to bravely fight off the giant snakes the Indians claimed inhabited its shores. As the beach he landed on did not have golden sand, however, he thought that he had little to fear, as he presumed that the snakes were guardians of the gold. Henry spent that day and the next hunting caribou in the island’s woods and managed to kill five large animals. On the third day, he and Baxter explored the rest of the island but failed to find its legendary golden shores or its giant serpentine guardians. Instead, they were hounded by a profusion of angry hawks, one of which snatched Henry’s cap from his head.

On the fourth day, Henry, Baxter, and their employees sailed for Nanibojou Island. There, they discovered veins of silver-tinged copper and lead, which they began to mine and smelt.

When they concluded their prospecting on Nanibojou Island, the mining company met up with a Russian mineralogist named Mr. Norburg and conducted another prospecting expedition, this one on the southeastern shores of Lake Superior. There, they found blue semi-transparent stones which was later found to be 60% silver by weight.

The prospectors then parted company with Mr. Norburg and headed west to Ontonogan. There, they set up a mining camp and began to extract the local copper, hoping that it might contain silver. The miners laboured throughout the winter of 1771, but abandoned the operation in the spring of 1772 when their tunnel collapsed.

In August, 1772, Henry and company established a mining camp on the northern shores of Lake Superior. There, the company employees mined copper, which was later sent to Montreal. The company dissolved in 1774 when it was determined that the mining profits did not justify the cost of the operation.

Continued in The Adventures of Alexander Henry the Elder: Part 14.