Host Matty Blake sits outside in a circle with the Oak Island crew, presumably somewhere on the island itself, to discuss the implications of Season 5, Episode 1. First, he asks Charles Barkhouse where the shiny, gold-coloured object inside the C1 Shaft went. Charles suggests that the hammergrab might have pushed this mysterious object deeper into the earth.

Blake then asks Craig Tester whether Prohawk technology- a visual-enhancement software applied to footage taken from inside the C1 Shaft- gave the team any new insights into C1. Tester gives a noncommittal answer, stating that Prohawk helped to “get rid of all the little specs that are… in the way of getting a good picture.”

Finally, Blake asks the crew whether C1 will feature later on in the season. Rick Lagina affirms that it probably will.

Next, most of the crew laments the damage dealt to the Oak Island causeway and the South Shore road by violent windstorms. Marty Lagina, on the other hand, states that he views the damage as an opportunity to discover interesting surface items, which might otherwise be languishing deep underground, out of the range of metal detectors.

After that, Blake asks the team whether or not they will focus on Oak Island’s Lot 24 (property once owned by Samuel Ball), where they unearthed relics of what appeared to be an old British military encampment back in Season 4, Episode 8. Marty Lagina reveals that metal detecting on Lot 24 is not as easy as it once was due to restrictions imposed by the Nova Scotian government. “There’s no way we’re quitting on Lot 24,” he says, “but we’re going to have, probably, some special protocols… We’re going to follow the rules; we always do… I think it’s a dramatically exciting thing that archaeological people recognise how significant it is.” 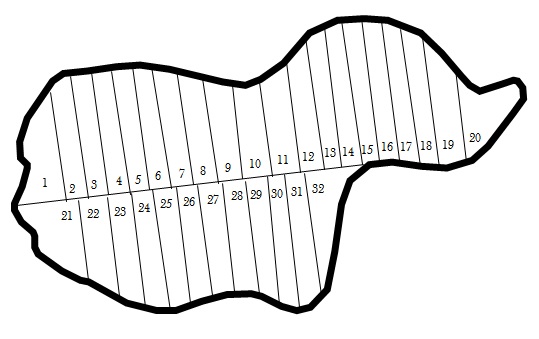 Next, Blake asks the crew if they plan to do some work in the swamp this season. Rick Lagina responds, “the short answer is ‘yes’”, while Marty Lagina, who has exhibited an aversion to the swamp in the past, indicates his desire to refrain from such activity.

Next, Blake suggests that the most skeptical member of the Oak Island crew is no longer Marty Lagina, but rather the Lagina brothers’ nephew Peter Fornetti. When the host asks Fornetti whether he and Gary Drayton, who he often assists in metal detecting, have found anything of interest on the island yet, the young treasure hunter remains tight-lipped, presumably in accordance his Non-Disclosure Agreement with the History Channel.

After that, Marty Lagina informs Blake that he and the crew will be approaching the Oak Island treasure hunt “more scientifically” this season, and are planning to conduct an operation which will “let [them] get to the bottom of at least a good portion” of the Oak Island mystery. When pressed by Matty Blake, Marty reveals that operation will involve something called a “Geotech Grid”. Rick Lagina then suggests that Blake accompany him and the crew to the Money Pit area, where they will be better able to explain this upcoming operation. 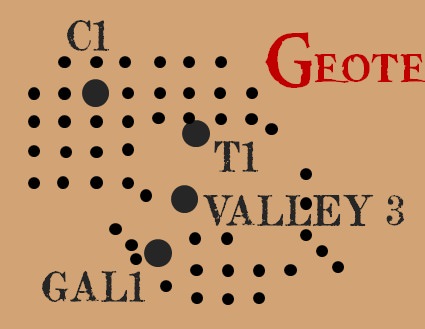 At the Money Pit area, the Lagina brothers explain that the Geotech Grid will help them discover the true location of the original Money Pit and unearth the “one thing that proves Oak Island to be real.” They show Matty Blake several large pieces of drilling equipment, and reveal that they plan to make 43 exploratory drillholes in the Money Pit area, each one spaced five feet apart from its neighbours. The pattern which these drillholes will form is called the Geotech Grid. Marty reveals that they have already completed most of the Geotech Grid, and that he believes, with a high degree of certainty, that a particular drillhole intersects the original Money Pit.

Later, Matty Blake meets with Gary Drayton. After Blake flattens a pile of spoils from GAL1 with a backhoe, Drayton begins to examine the rubble with his metal detector. While he works, Drayton explains that his most interesting find in Season 4, in his opinion, is the identifactory musket plate belonging to Samuel Ball. Soon, he uncovers a small piece of scrap metal which, we learn, is typical of the many uninteresting finds he often makes in between significant discoveries.

Later on, Blake meets with Jack Begley, Alex Lagina, and Gary Drayton at the Oak Island swamp. After speaking briefly on the subject of the metal spike they found there in Season 4, Episode 7, the treasure hunters explain that they have already been able to unearth a number of interesting artifacts on the island thanks to erosion resultant of the aforementioned storms, which brought these items closer to the surface.

Sometime later, Matty Blake crashes an Oak Island tour led by Charles Barkhouse and takes the tourists down to the swamp. There, Barkhouse quotes a line from Edgar Allan Poe’s short story The Purloined Letter: “The best place to hide something is in plain sight.” He goes on to state that it is his and Rick Lagina’s belief that either something is buried in the swamp, or the swamp contains a “back door to the treasure vault.” By a show of hands, most of the tourists appear to hold the same belief.

After taking the tourists to see Borehole 10-X, Blake and Barkhouse bring their charges to the Money Pit area. There, Barkhouse explains that, to this day, the true location of the original Money Pit remains a mystery.

Later, Blake meets with Dave Blankenship at Smith’s Cove in order to discuss the mysterious U-shaped structure which Triton Alliance first discovered in the early 1970’s, and which Oak Island Tours Inc. plans to rediscover in Season 5. Blankenship explains that he doesn’t know a thing about the structure, and that he has never even seen it, as he became involved in the Oak Island treasure hunt after its discovery. “You need to talk to Dad about that,” he says. With that, the two men set off in Dave Blankenship’s golf cart, bound for Dan Blankenship’s house.

On the ride to the house, Dave tells Blake that his father was the reason that he initially became involved in the Oak Island treasure hunt. “I was going through a divorce in Florida,” he explains. “He asked me if I’d come up here for a month[- long] vacation. I said, ‘sure.’ I just never went home.” He further discloses that he decided to remain in the area not on account of some sort of attraction towards the island, but because he married “a girl up here. She was the hostess at the inn… We’ve been together 38 years now!”

On the subject of Dan Blankenship, Dave explains that he’s always been able to work with his father, although the two of them did have disagreements from time to time. “There’s the right way, there’s the wrong way, and then there’s Dad’s way,” he says, “and never shall the three meet.” He goes on to describe how Dan Blankenship became somewhat apathetic following the death of his wife Janie in February 2011, and affirms that his mother’s death was “a huge loss” for himself as well.

Finally, as the two pull up to Dan Blankenship’s house, Dave explains that he has absolutely no regrets about his decision to join the Oak Island treasure hunt back in the 1970’s, and that he would do the same thing all over again if he had the opportunity.

Finally, Dave and Matty meet with Dan inside the Blankenship home on Oak Island. There, Dan describes his discovery of a mysterious wooden ramp beneath Smith’s Cove, along with the aforementioned U-shaped structure which, to him, appeared to be the remains of a wharf or dock. He explains that he is still uncertain whether the structure was built by the original depositors or by post-Discovery searchers. The veteran treasure hunter, at Blake’s insistence, then tells the story of his brush with death inside Borehole 10-X in 1976, and of how Dave saved his life by winching him to the surface seconds before the shaft imploded. In response to another of Blake’s questions, Dan then expresses some regret about his 50-year-long Oak Island treasure hunt, basing this sentiment upon his failure to unearth the island’s legendary treasure.

Later, Matty Bake meets with Rick and Marty Lagina at the Money Pit area. Marty explains that the treasure hunting season featured in Season 5 promises to yield “a lot more data” than other seasons. The Lagina brothers then reveal that they “found something” interesting in Europe, which Rick hints might be associated with the Knights Templar. Finally, the brothers show Blake a piece of wood which Robert Dunfield’s crane operator extracted from the Money Pit area in the late 1960’s.

Later on, Matty Blake and the rest of the Oak Island crew stand by as tractor-trailers laden with equipment cross the causeway from the mainland to Oak Island. “That’s the oscillator?” exclaims Jack Begley upon seeing a particularly massive piece of machinery. “It’s huge!”

The treasure hunters watch as the oscillator is assembled overtop of a particular piece of ground at the Money Pit area. “Everything this year is bigger and badder,” Blake explains, “including the caissons the team will be using to break ground… The starter caisson… is 60 inches wide. Now, the permanent caisson they’ll be using… is 50 inches wide in diameter, compared to last year’s 43.”

Contractors then proceed to erect the starter caisson overtop of the dig site. When Matty Blake makes one last attempt to learn what Oak Island Tours Inc. discovered at that particular site to warrant such an enormous excavation, Marty Lagina says, “Here’s a hint: I don’t even think you can guess.”