The Boys Are Back

Host Matty Blake meets with the Oak Island team in the War Room to discuss the forthcoming treasure hunting season, which will be documented in Season 4 of The Curse of Oak Island. He relates his observation that Oak Island Tours Inc. has erected heavy excavation equipment in the Money Pit area, and asks if Season 4 is going to be “Oak Island: Rise of the Machines”. Marty responds that the team has brought in two cranes, one of them with the ability to lift half a million pounds, and the other with a 200,000-pound capacity. They will use these cranes to excavate the Money Pit area. Marty states, “we think we know exactly where to dig.” 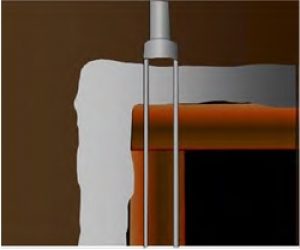 Rick explains that the team has two “hard targets” in the Money Pit area on which they plan to sink shafts. The first target is Drillhole Valley 3, which the men of Oak Island Tours Inc. speculate might intersect the “vault” supposedly drilled through by William Chappell and Frederick Blair in 1897. The second target is Drillhole C1, prescribed by Charles Barkhouse, at the bottom of which a remote camera operation revealed the presence of shiny, curved, gold-coloured object. Marty, with obvious distaste, also reveals that the team also plans on conducting an excavation in “the stinky swamp.”

After the meeting, the team takes Blake on a tour of the Money Pit, now levelled and crowded with heavy duty equipment. Dave Blankenship explains that, in several days’ time, they will sink shafts in Valley 3 and C1 by twisting toothed caissons into the earth with a casing oscillator, and will remove the material inside the caissons with a massive shovel called a hammergrab. 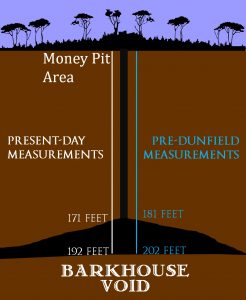 Next, Blake meets with Craig Tester, Jack Begley, Dan Henskee, and Drake Tester (Craig’s son) at Smith’s Cove. Craig explains that the team hopes to discover the legendary Smith’s Cove filter system sometime this season. To do this, they plan to erect a water-filled “bladder system” cofferdam around the area in question, pump seawater from the enclave, and excavate once the area is dry. Upon being prompted, Dan Henskee explains that he chose the Smith’s Cove excavation site after finding metal stakes there, which he claims were planted there by Robert and Bobby Restall in the 1960’s to mark the Vertical Shaft. 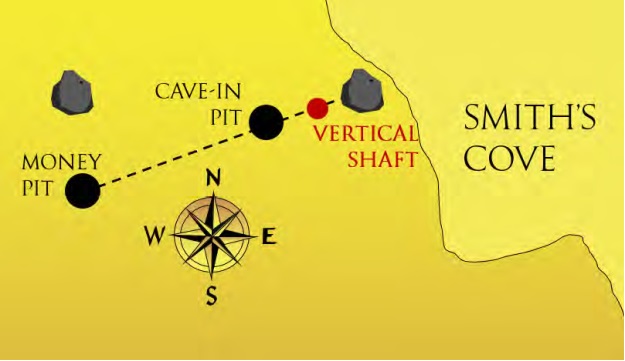 After visiting Smith’s Cove, Blake takes a solo tour of the Oak Island swamp, which appears to have been completely drained. Soon, he is joined by Rick Lagina and Dave Blankenship. Rick explains that one area of interest in the swamp is the spot at which Fred Nolan discovered a line of wooden survey stakes. Nolan and Dan Blankenship had a section of one of these stakes carbon dated to 1550. Another area of interest is a log wall Fred Nolan discovered in the swamp, the exact whereabouts of which remain a mystery.

Blake proceeds to try his hand at exploring a section of the swamp with an excavator. When he fills a sandbag corral with swamp muck, Dave Blankenship insists he manually sift through the detritus in order to determine whether he has dug up anything of interest. Blake obliges and digs through the rotten mud with his bare hands, much to Dave’s amusement. After digging for some time without finding anything significant, Blake calls it quits.

Next, Blake accompanies Craig Tester and Charles Barkhouse to the Nova Scotia Museum of Natural History in Halifax. Craig discloses that their Oak Island Treasure Trove Licence stipulates that, in the event that they recover artifacts of cultural and historical significance on Oak Island, they must donate them to the province. They four men then enter the museum, where Charles shows them a section dedicated to various discoveries made on Oak Island over the years. Some of the items on display include old coins, musket balls, and pieces of old worked wood. Charles points out a brooch and a silver spoon handle, discovered on Oak Island’s Lot 24 (once the residence of Samuel Ball) by Gary Drayton in Season 3. He also indicates the Spanish 8 maravedis, discovered in the Oak Island swamp in Season 1. 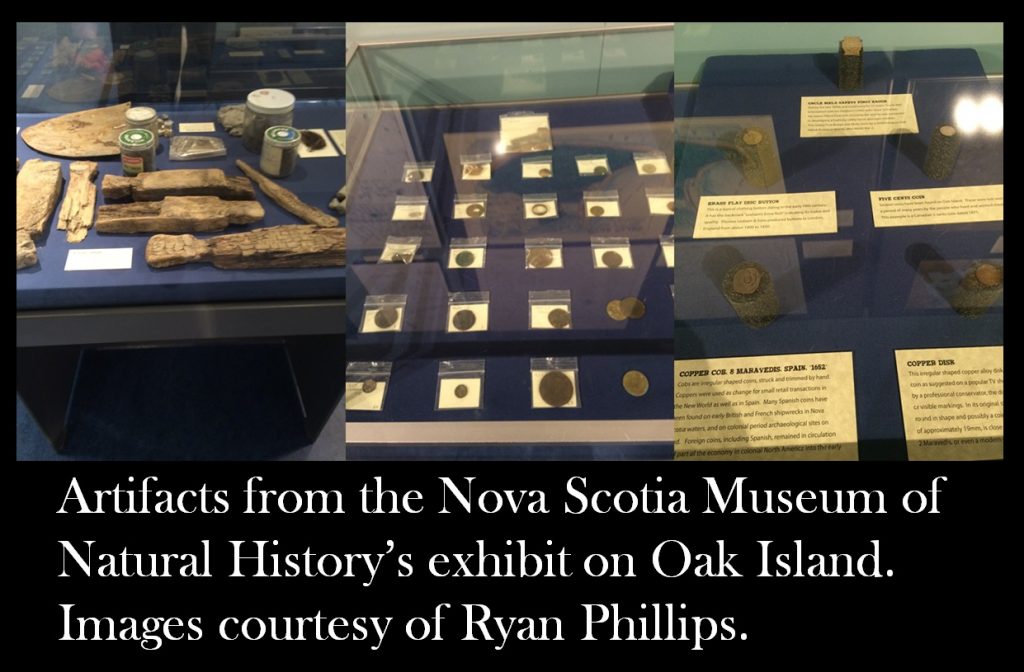 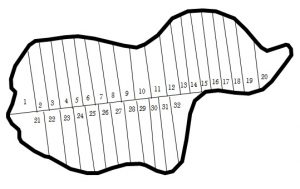 After visiting the Nova Scotia Museum of Natural History, Matty Blake accompanies Jack Begley to Oak Island’s Lot 26 in order to do some treasure hunting with a metal detector. Jack informs us that it is best to make a “double pass” with the metal detector, scanning over the same area twice before moving on. As it turns out, Jack has already made a hit. He asks Matty to sink his shovel in a circle around the mystery object, forming a plug so as to not damage whatever the metal detector has picked up. Once Matty has removed the plug, Jack runs a hand-held pin-pointer metal detector over it, and over the hole below. The mysterious metal object appears to be buried even deeper, and so Blake removes another plug. After scanning the spoils with Jack’s hand-held metal detector, he uncovers the rusted head of an ancient nail.

Next, Blake meets with Dan Blankenship at the Money Pit area. He asks the seasoned treasure hunter if he is optimistic that all the heavy duty equipment the Laginas have brought to the island will hasten an end to the Oak Island treasure hunt. Blankenship replies, “The massiveness of the operation is impressive, that’s for sure. But as far as adding any assurance of being successful in digging in the old Money Pit area, not necessarily. I used to laugh and say ‘they call it the ‘Money Pit’ because so much money is spent on it.’”

Next, the two men head to 10-X. Blankenship describes the innovative method by which he, his son Dave, and Dan Henskee sank the shaft, saying “necessity is the mother of invention.”

Later, at the Money Pit area, Blake and the Oak Island crew watch as the casing oscillator is delivered and installed. Then, the first toothed section of caisson is placed over top of Valley 3 and secured in the jaws of the oscillator. Dan Blankenship is afforded the honour of starting up the oscillator, and in no time the sinking of the first Money Pit shaft this millennia is underway.

In a final scene, Matty Blake sits down with Rick and Marty Lagina in the Money Pit area. The brothers express their pleasure in finally digging in the Money Pit, and articulate their confidence that they will overcome any obstacle the operation might throw at them. 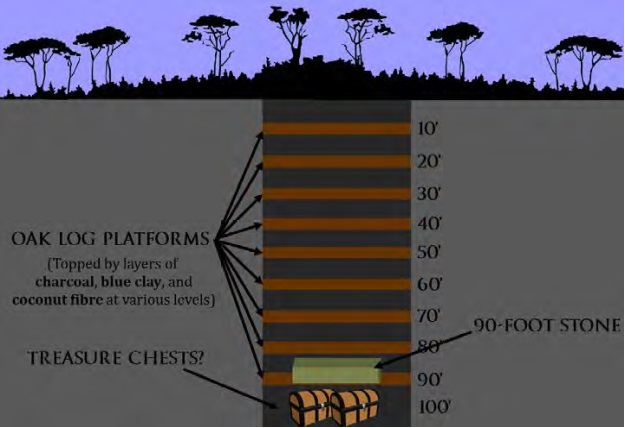