One of the bravest leaders among the Indians that I ever knew was Kay-siss-a-way, meaning He Moves Quick. His Christian name was Joseph Tanner, his grandfather being an Englishman of that name. He was, on the grandmother’s side, of Red Lake Chippewa Indian blood and, in addition to his reputation for bravery, he was accounted one of the shrewdest as well as the most honest of the red men with whom the whites had to deal. He was employed for some years in the latter part of his life as a contractor for the conveyance of the mails and he only died about a year ago, on Silver Creek, below Fort Ellice. He was, in every respect, one of Nature’s noblemen, if ever there was one.

He was, in his earlier manhood, a recognized leader among his tribe and no man’s reputation stood higher for personal bravery or skill as the head of party on the warpath.

One time he started out with about twenty Saulteaux Indians under his leadership, from the old Brandon House, which was three miles southeast of where the town of Brandon now stands, on the Assiniboine River. Joe’s greatest foes at that time were the Sioux, so he and his war party went by way of Devil’s Lake into Dakota. Joe sent out two runners to reconnoiter and they returned with the information that a camp of the enemy was located 20 miles away, in the Long Valley or Kin-a-pus-a-styan. 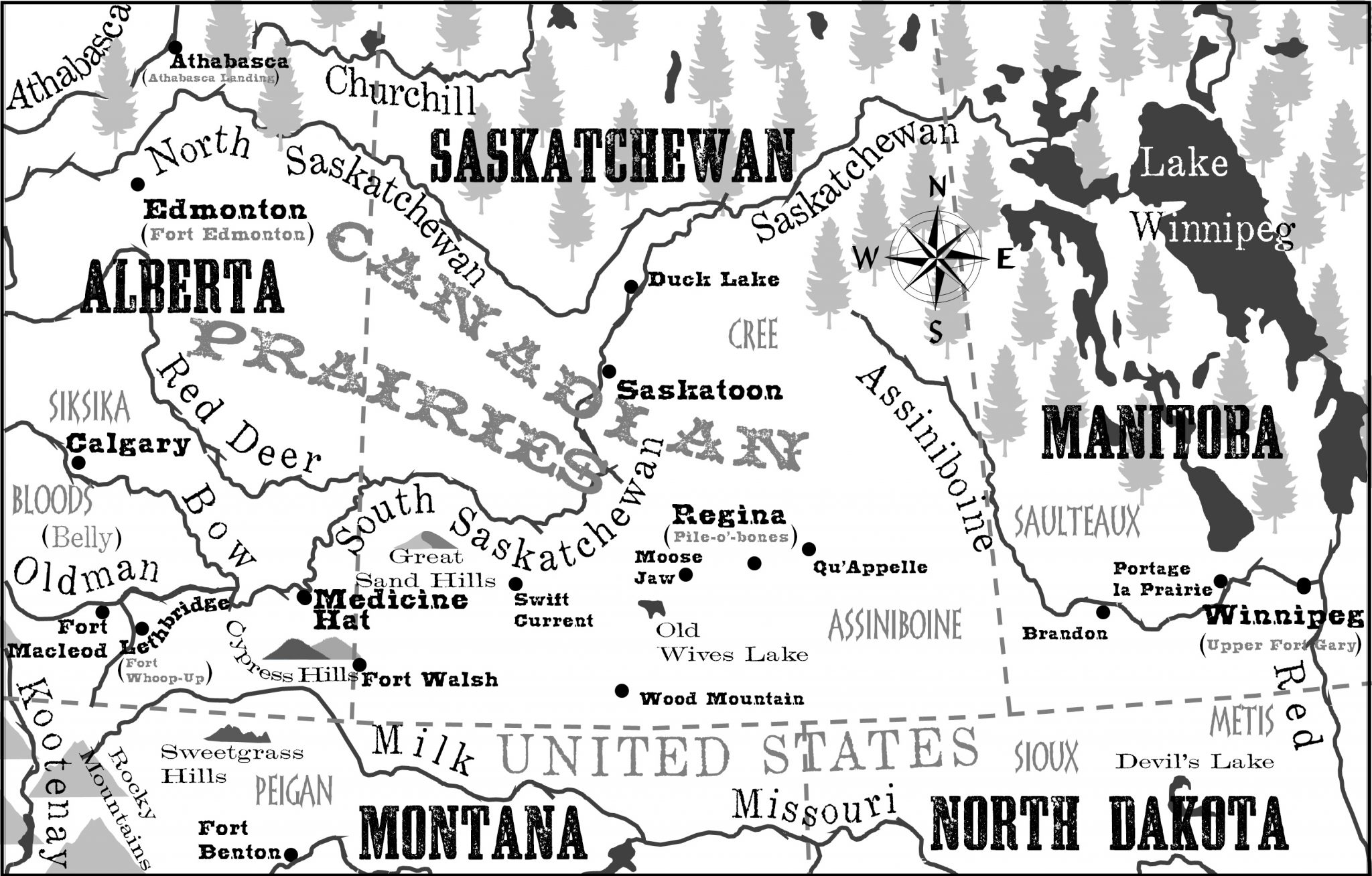 Joe started his men so as to reach the camp of the Sioux at about daybreak, and when they arrived, he sent off the young men to steal what horses they could get before the Sioux took the alarm. They returned with 30 head of horses. Joe asked them if they were satisfied with that booty and they replied that they were.

“Then I am not,” was Joe’s grim reply. “I did not come merely for horseflesh. You stay here on the outskirts of the camp, and I will go into the camp and see whether I cannot make some trouble for those dogs of Sioux. You can await my return and, if there is trouble, you can be prepared to take a hand. Meantime, cache the ponies so that we can get them on our return.”

Joe started for the camp and soon found his way, undetected into the middle of it, just as day was breaking. He noticed a lodge in the centre of the camp with a fine horse tied in front of it. Rightly concluding that the lodge and the horse were the property of the chief of the Sioux, he determined to get the horse by the short method of killing his owner. Pulling aside the flap of the lodge, he found that the end of the lariat by which the horse was secured was in the hands of the chief, who jumped up as soon as Joe looked in. Joe shot him down and scalped him. Then he jumped on the back of the horse and dashed at headlong speed through the now thoroughly aroused camp. Before he reached his own men he killed two more of the Sioux, but was too busy to spare time to scalp him.

When he reached his own band the fight became general and resulted in the total rout of the Sioux, twelve of whom were killed. Only three more scalps were, however, secured, in addition to that of the chief, which Joe already carried at his belt. The rest of the killed were carried off by their retreating friends. “We did not do so badly,” said Joe when recounting the story. “We killed, all told, fifteen Sioux, got four scalps, and 30 head of ponies.”