THE SUBJECT ON WHICH this book is written is one which must be of deep interest, not only to those now living in the N.W. Territories, comprising the divisions of Alberta (in which the principal scenes are laid) Saskatchewan and Assiniboia, but to all Canadians who take a pride in the advancement of their country, and more particularly in the opening of the prosperous and important western section known as the North West Territories. It is now thirty years since that far western territory was first opened, and it was then looked upon by those in Canada as Terra Incognita. Three hundred, mostly hardy Canadians, with a sprinkling of old countrymen among them, after incredible hardships, penetrated into the then Rupert’s Land. I therefore will try to give a brief synopsis of the opening of the North West Territories to settlement in the year 1874 by the advent of the North West Mounted Police, the causes that led to the organization of that force, after the Hudson’s Bay Company had sold their rights to Rupert’s Land to the Canadian government.

The beginning of opening of this western section of Canada commenced with the organization of the North West Mounted Police, which force after the greatest hardships and privations, crossed the vast plains from Winnipeg, Manitoba, with little or no knowledge of their ultimate destination, which was supposed to be a vast area of country lying at and along the east slope of the Rocky Mountains from the boundary line on the south to the North Saskatchewan on the north and from longitude 114 to the British Columbia line in the west.

I will also in this sort volume try to picture what state of things existed in that far western country prior to the advent of the North West Mounted Police, what work was before them; what work they actually did; what difficulties they overcame; and the results thus attained after years of hardship, bravely borne, and in many cases, individual bravery of a rare order shown. Also the benefits derived by the country from their advent, which suddenly springing from gross savagery to a settled, civilized, and law abiding territory, in a few short years, is today the wonder of the world. 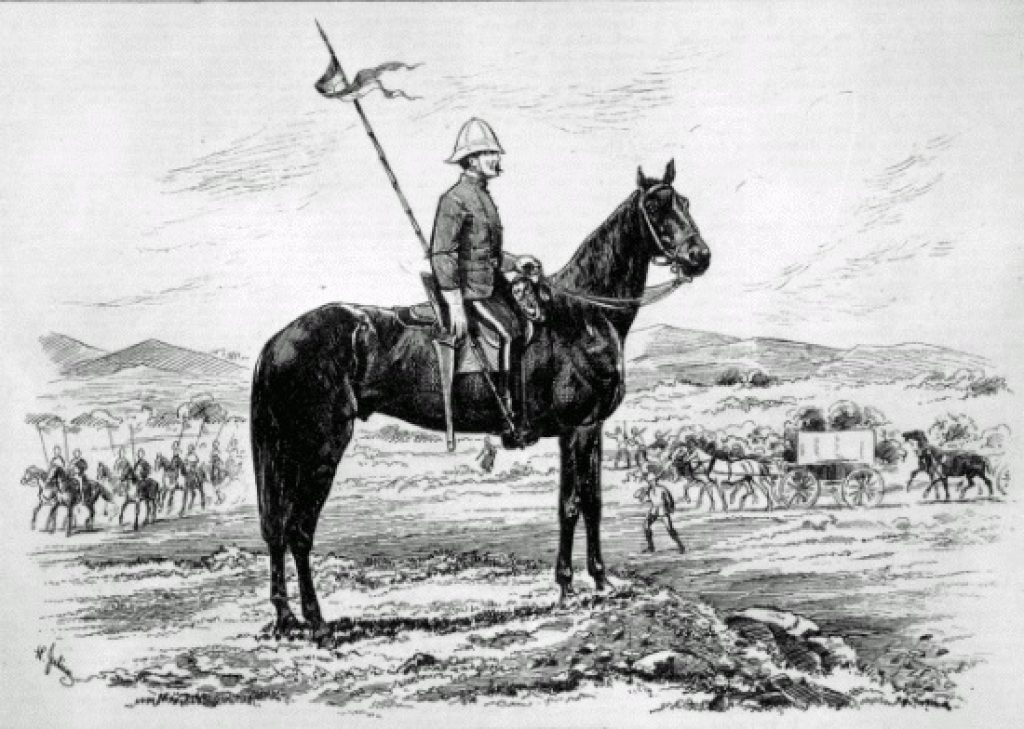 I will try in this volume to show that this wonderful progress in so short a time against odds that heretofore many nations have spent millions to overcome, was accomplished by a small force of 300 officers and men, and will give a short history of their work, hazardous journeys in the performance of their duties, and also a history of the rapid advancement of the country now known as the North West Territories. The subject is itself one of deep interest at the present day, when as at the advent of the police, the North West Territories were a lone land cut off from civilization, and only inhabited by the tribes of savage Indians, roaming the plains in quest of game, on which they altogether lived. The immense herds of buffalo supplied them not only with food, but with clothing, tents, and nearly all they required. The robes were traded, partly at the Hudson’s Bay forts on the North Saskatchewan, but unfortunately the plains Indians such as the Blackfeet, seldom visited these northern trading posts without coming in hostile contact with the Cree Indians, who had long resided along the North Saskatchewan, and were to a great extent under the rule of the Hudson’s Bay Company, which company had given up what a few trading forts they originally had in the Blackfoot country. At other times these Indians went far south to the Missouri River and traded their furs at Fort Benton to the American traders, who, well knowing the weakness of all North American Indians for strong drink, habitually purchased these valuable furs for a few glasses of whisky.

The fact of these American whisky traders from Montana coming into the Territories, drew the attention of the Canadian government to the vast unknown territory they held in the west, unknown, because the Hudson’s Bay Company had never reported that any section of the country over which they had control was of any value whatever, for it was obviously in their interests, so they thought, to belittle the resources of Rupert’s Land- a disastrous policy from the point of view of the settler, and one which retarded the settlement of that fertile country for many generations. There were vague reports that American traders from the south were doing, during the summer months, a large trade with the Blackfeet and other plains Indians, this trade on their part being done in whisky, while the Indians not only traded the robes gained by them during their summer hunts, but were becoming demoralized, and were trading horses, and almost anything they owned, even to their women, for this horrible compound sold as whisky by these traders. This attracted the attention of the Canadian government, and in the year 1874 a force was organized and sent west into then Rupert’s Land to drive out these American whisky traders, and to get into communication with and gain the confidence of the thousands of wild, uncivilized Indians belonging to Canada, who roamed the western plains, and to try (a unique experiment) by moral suasion, to bring them into the ways of civilization. This was done by a small force of 300 officers and men from the year 1874 until the Canadian Pacific Railroad was built in 1885, and I write this book to give a short history of our march into this country, what we found when we arrived, the work we did and the results thereof. 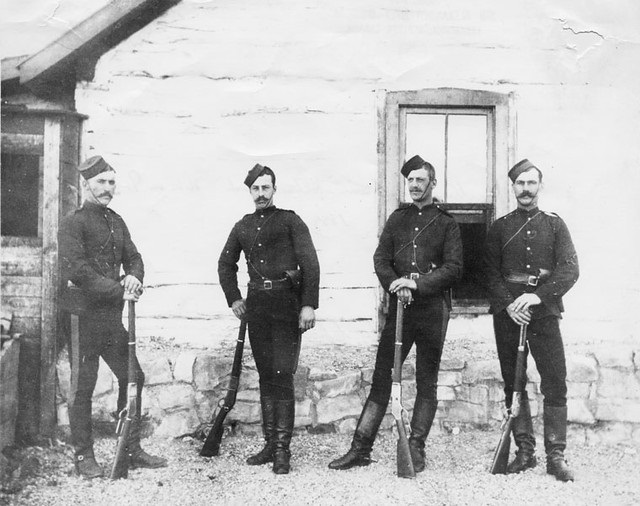 Few of the original 300 officers and men that first came into the country are left. Some died in the country, and the hardships they endured did not lengthen their lives, others are scattered over the world. A few, but a very few, are still in the country, and to these men, many of them old, poor and crippled, is due the thanks not only of the Canadian government, but of every settler in the thriving towns and villages and peaceful farms, now thickly scattered through Alberta, Saskatchewan and Assiniboia. Let them pause and think what must have been the hardships endured by such a small force of men; marching into an unknown country, inhabited by thousands of savage Indians, building forts, dealing justly with these Indians, stamping out the illicit liquor trade, and so dealing with the Indian tribes that from that time until today, no settler has been murdered, and when the country settled, all lives have been safe and property secure. The settlers of the North West Territories have not had to go through the experiences of those of Minnesota and other American states and territories where the settler had to meet the Indian. No massacres have taken place, but a few head of stock stolen, no depredation committed. But railroads have been built, homesteads taken up, towns started and rapidly growing, and not one hitch has occurred. Many of the new towns are in close proximity to large Indian reserves, but yet the Indians themselves are progressing, although decreasing, and hundreds of them today work for the settler. Therefore let the farmer comfortably located on his ranche in Alberta or Assiniboia, sometimes give a thought and a prayer of thanks to that hardy, courageous 300, who opened the country for him, and by courage, forbearance, and clear moral suasion, made it possible for the settler to live in peace and quietness when, but for these men- and all praise be to them for it- battle and murder and sudden death would have been the portion of many, as was the case in the early settlement of the western Territories of the United States.

Continued in Condition of Canadian West in 1872.