In early April, 2020, I published a video on a strange experience brought to my attention by my friend Mateo, who runs the YouTube channel ‘Modern Explorer’. This experience took place in late October, 2015, on the slopes of Pikes Peak, Colorado. While accompanying Mateo on a nighttime hike along the mountain’s slopes, Mateo’s friend, Austin, caught a glimpse of a strange grey figure watching him from the side of the trail. This figure was vaguely manlike in appearance, and gaunt to the point of infirmity. It had dark eyes and seemed to be covered with hair. The figure’s most startling attributes, however, were its two deer-like antlers, which seemed to sprout from the temporal bones of its skull. Austin only saw the creature for a few moments, illuminated as it was by the light of his headlamp, before it strode ahead of him on two legs and disappeared silently into the trees.

Austin initially suspected that he’d seen a manifestation of the Wendigo, an evil spirit of Cree and Algonquin folklore traditionally associated with the North, the cold, and starvation. Mateo himself, in private correspondence with this author, voiced his own suspicion that the creature which his friend encountered might have been a Sasquatch wearing the skin and antlers of a buck.

In my video on the encounter, I briefly mentioned that the antlered figure which Austin described bears some resemblance to certain interpretations the Ijirait, the mysterious, shape-shifting “Caribou People” of Inuit oral tradition. Said to abide in mountains and caves, these mythological beings can assume the form of any animal, but most often choose to transform themselves into caribou, or people with the heads of caribou. No matter which form they assume, their eyes are always peculiar-looking, and often red.

In his 1875 book Tales and Traditions of the Eskimo, Danish geologist Dr. Hinrich Rink described a number of old Greenlandic Inuit folktales vaguely suggestive of the Ijirait legend. In one of the stories, a man transformed his enemies into caribou by feeding them a potion in which he had sprinkled hairs of a caribou-skin stocking he had exhumed from the grave of one of his relatives. In another story, an Arctic dwarf entertained his fellow countrymen during a feast by temporarily turning himself into a caribou. A third story tells of an Angakkuq, or Inuit shaman, who transformed himself into a caribou out of shame after failing to outperform a rival Angakkuq from another band.

The Sonnie-appoo of the Okanagan Valley

A few months ago, to my great surprise, I came across another obscure indigenous Canadian legend strikingly reminiscent of the Ijirait tradition, and of the figure which Austin saw on the slopes of Pikes Peak. I came across this legend totally by chance, while reading through an ethnological treatise on the Okanagan Indians in preparation for a major project on what is arguably the most famous legendary monster of British Columbia’s southern interior.

The treatise in question is the Account of the Similkameen Indians of British Columbia, first published in the 1892 issue of The Journal of the Anthropological Institute of Great Britain and Ireland. This piece was written by Susan Allison, an Okanagan pioneer who spent time among the Okanagan Indians in the late 1800s, during which she learned many of their traditional stories and legends. After detailing the legend of the Sonnie-appoo- literally “the devil”; a hairy supernatural giant suggestive of the Sasquatch- Allison writes: “I have heard the Indians describe some Sonnie-appoos as having the body of a man, the head of a deer, with a human face covered with deer’s hair, the limbs were also those of a deer. From the shoulders sprung the wings of a bat, which seemed to vibrate in the air perpetually.” 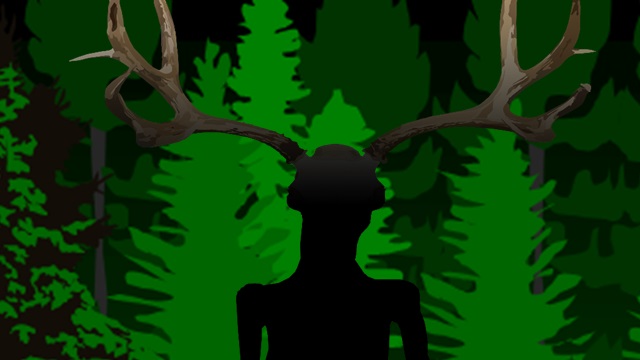 The monster described in this short passage could perhaps be dismissed as an intriguing yet baseless facet of Interior Salish lore, and its resemblance to both the Ijirait legend and the subject of Austen’s encounter written off as an interesting coincidence, were it not for a recent rash of relatively proximate sightings of a remarkably similar creature. Throughout 2019, an anonymous cryptozoologist from Central Alberta documented a string of alleged “Deerman” encounters on his blog AlbertaDeerman.com.blog, all of which are supposed to have taken place in rural communities across the Canadian prairies throughout 2018.

The first of these encounters occurred in the hamlet of Mirror, located about 52 kilometres, or 32 miles, northeast of the city of Red Deer. One Sunday morning in the spring of 2018, the story goes, an unnamed husband and wife, both of whom worked for County of Lacombe, headed out for a leisurely drive on Alberta’s Range Road 225. The husband, who was driving, maintained a relatively slow speed on account of the heavy mantle of fog which blanketed the prairies that morning, obscuring his vision. This decision served him well, giving him time to slam on the brakes when an unusually large deer emerged from the haze, standing in the middle of the road and gazing vacantly at the approaching vehicle as members of its species are wont to do. While the couple idled, waiting for the deer to cross the road, the animal sedately reared up on its hind legs, towering over the vehicle. Startled by this unnatural behavior, the husband instinctively laid on the horn, prompting the deer to run across the road on two legs and vanish into the mist. 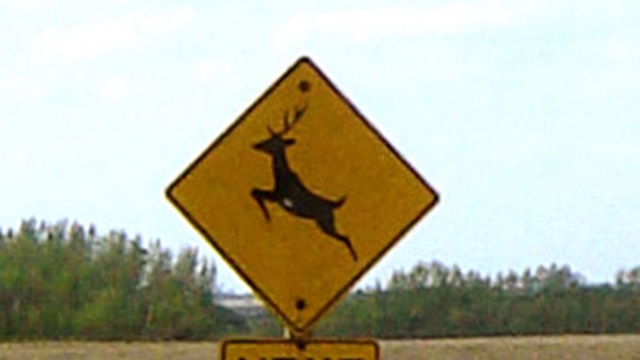 The mysterious cryptozoologist goes on to describe four more Deerman encounters on his blog, all of which took place in Central Alberta in 2018. The writer neglects to disclose the identities of the alleged witnesses, claiming that all of them requested that their names be withheld for fear of ridicule.

Although these unverifiable stories from Central Alberta cannot be taken as evidence for the existence of some hominoid-cervid abomination, they do add a layer of complexity to the growing body of folklore surrounding an entity perhaps best denominated the “Deerman”. Do you think the Deerman deserves a place in cryptozoological taxonomy? Is the Deerman a new cryptid? Let me know your thoughts in the comments below.

Thanks for reading! If you enjoyed this article and would like to help support this channel, please check out our online bookshop: