The Romance of Fort Whoop-Up 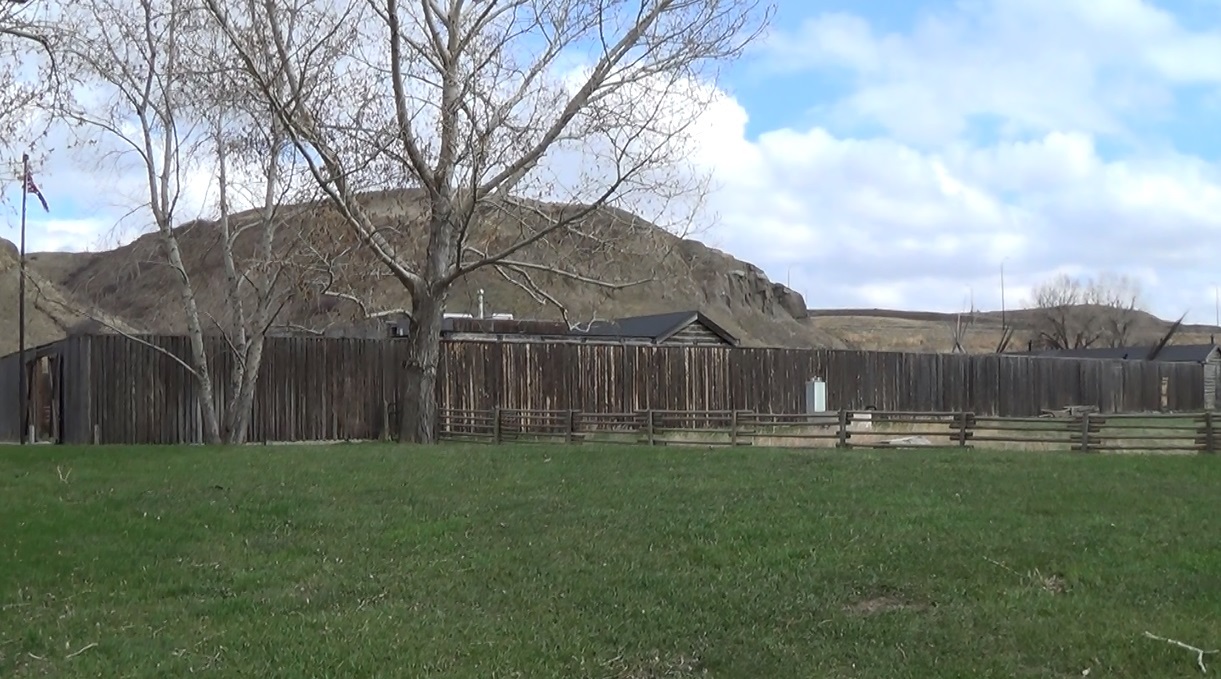 Throughout their lifetime, the palisades of Fort Whoop-Up, the largest whisky fort in Canada, saw a number of exciting and significant events, including two arson attacks, the Battle of Belly River, preparations for an assault of Spitzee Cavalry (a wolfer militia) on Fort Kipp, the arrival of the North West Mounted Police, the end of the whisky trade in Canada, the founding of Coal Banks (present-day Lethbridge) and the construction of the Crowsnest Railway. In the midst of all these historical milestones, it is easy to forget the smaller, more human incidents that the fort bore witness to, the ones not typically mentioned in the history books. One of these incidents was the romance that arrived at the gates of Fort Whoop-up with the spring of 1870. 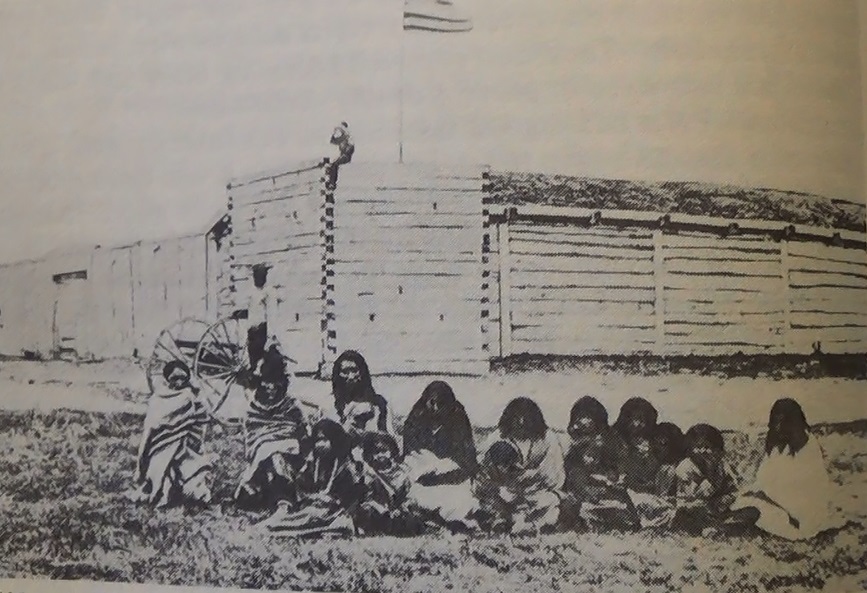 Sometime in the aforementioned spring, a North Peigan named Cut Cheek fell in love with the young wife of Crow Eagle, chief of the North Peigan. The couple eloped, with a livid Crow Eagle in hot pursuit. Seeking sanctuary from the raging war chief, the couple rode to the gates of Fort Whoop-Up and begged Alfred B. Hamilton, co-founder of the fort and the fort’s official namesake (the fort was initially called Fort Hamilton), for asylum.

Unlike his partner John J. Healy, an Irish Brooklynite and former U.S. soldier famed for his arrogance and belligerence, Hamilton was respected by both white Montanans and Blackfoot Indians for his honesty and moral fibre (strange qualities to be ascribed to a Montanan whisky trader). Perhaps in part due to a sympathy born from his own permanent marriage to a Peigan woman, Hamilton took pity on the couple and let them in, promising that no harm would come to them. After feeding the couple, Hamilton hid them in a cellar, concealing the trapdoor entrance with a pile of buffalo robes. According to a bystander who witnessed the event, “the white man had been well aware of the risk he was taking when admitting the two lovers, but having once allowed them to enter beneath his roof, and having besides promised them protection, he was now determined to shield them at all hazards.”

In a short while, Crow Eagle arrived at the fort with ten braves. The chief, enraged, demanded that Hamilton turn over the lovers. The trader feigned ignorance, maintaining that he had not seen any such elopers, and invited the chief and his warriors to search the fort. The chief accepted the invitation and scoured the fort interior, not thinking to move the pile of buffalo robes that concealed the cellar door. Finally, the Crow Eagle and his men stormed out. Certain that the couple was hidden somewhere nearby, the chief tasked his braves with searching the surrounding river valley and keeping an eye on the fort.

At dusk, Hamilton removed the buffalo robes and allowed the Indians to emerge from their hiding place. The next morning, there were no signs of Crow Eagle and his men, and so Cut Cheek and his woman decided to hazard the short journey to the nearby Belly (now Oldman) River. However, as soon as they left the safety of the fort, Crow Eagle and his warriors, who had been camped atop the river valley, rode down the hill into the river flat, miraculously oblivious to the lovers’ flight. With no time to return to the fort, Cut Cheek and his woman hid themselves in a small thicket of riverside brush and watched as Crow Eagle and his braves made another unsuccessful search of the fort.

Still convinced that his wife and the young brave were hidden somewhere in the locale of the fort, if not inside the fort itself, Crow Eagle posted his men along the river valley, instructing them to remain vigilant both day and night.

The next day, one of the Whoop-Up traders discovered the lovers’ hiding place and approached casually, inconspicuously dropping a package of cooked meat where the couple could retrieve it. He repeated the procedure the following day.

On the fourth day, Crow Eagle and his warriors rode off. Cut Cheek, certain that the South Peigans would return to hunt them down, returned to the fort and entreated Hamilton for further refuge. The trader, who was preparing to make the journey south to the town of Sun River, Montana, for supplies, agreed to allow Cut Cheek to accompany him and the woman to remain at the fort until their return.

Hamilton and Cut Cheek travelled to Sun River in five days, spent a week purchasing and packing supplies, and departed for Fort Whoop-Up in the company of another white trader. After a week of travelling, the three men, burdened down with supplies, reached Nine Mile Butte, a hill also known Slippery Springs located on the Milk River about 65 kilometres west of Writing-on-Stone, and decided to make camp. Hamilton and the other white trader laid out their bedrolls on the prairie, while Cut Cheek opted to sleep under the supply wagon.

In the middle of the night, Cut Cheek was roused by a strange noise. From his position beneath the wagon, in the pale light of the moon, the South Peigan spotted a number of Assiniboine braves stealthily approaching the sleeping traders, their moccasins soft on the prairie grass, evidently intent on murdering the men and stealing their horses. Reacting instantly, Cut Cheek snatched up a nearby Winchester and barraged the incoming raiders. Startled, the warriors fell back, giving Hamilton and his partner time to grab their own rifles and repel the Assiniboine. According to a storyteller, “Guard was kept for the remainder of the night, and with the first streak of daylight they rapidly left the dangerous locality behind. It was a long drive that day, but the presence of hostile Indians in the country demanded it, and the small party were glad when they found themselves within the shelter of the Fort in the evening.”

Hamilton, grateful to Cut Cheek for saving his life, helped to settle his dispute with Crow Eagle by presenting the chief with a number of horses in reparation for his grievances. The chief, pacified, accepted the horses and made peace with Hamilton, Cut Cheek and his young ex-wife. Cut Cheek and his woman, now free to pursue their relationship, decided to stay with the traders, and lived at Fort Whoop-Up for some time.