It was only a short time after  the occasion on which Kak-she-wey, or Loud Voice’s medicine was marred by the rashness of a thoughtless boy, that he resolved again to set out on the warpath. He had between 60 and 70 warriors in his party and they took their line of march on the south side of the Cypress Hills, or Min-ach-ta-kan, making for the Sweet Grass Hills, Weech-ka-skotch-e-ya.

When they reached Milk River the young men asked Loud Voice to make medicine or conjure. This he did and, after he had finished, he announced that on the following day, when the sun would be half way through his day’s journey, they would find their foes on the north side of the westernmost butte in a certain valley which he described to them. 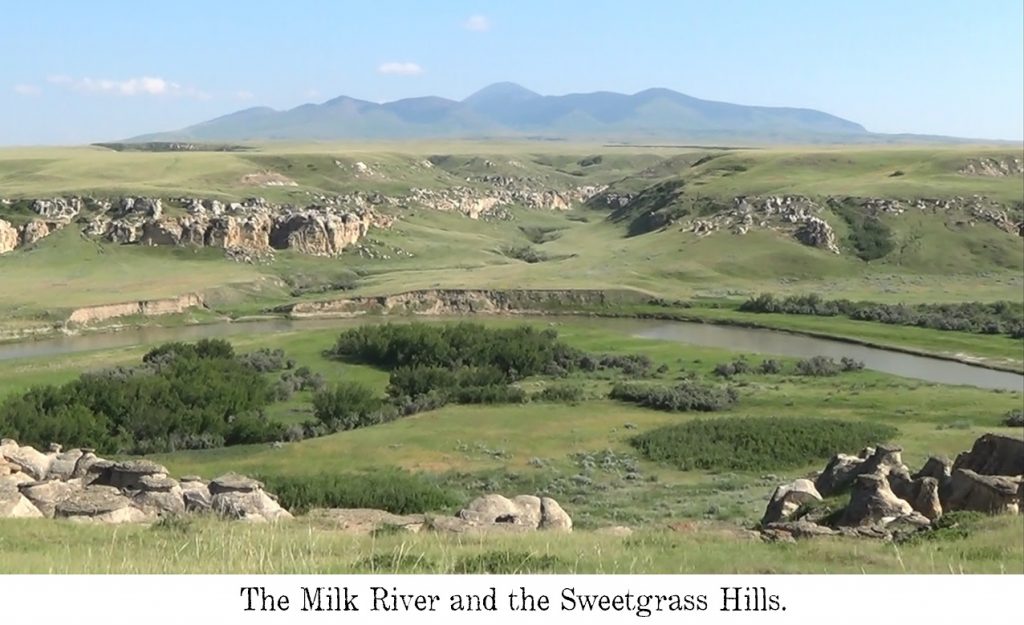 “If my young men,” added he, “do not wish to meet the enemy, they can avoid so by keeping away from that valley, and going around another way.”

Then one of the young braves, Ki-chap-a-ho-wess, or The Man that Picks your Eyes Out, arose and made a speech to the band of warriors. He said he did not see the use of going round that valley in which the enemy were, in search of whom they had come from home. That was the game that he had started out to hunt and, for his part, he was prepared to follow his father. Actually, Loud Voice was his uncle, but he always called him father. Thereupon all the party agreed, as one man, to follow Loud Voice into the valley, and share his fate whatever it might be.

They marched on throughout all that night, and at midday reached the valley, finding the enemy just where Loud Voice had said. There was a camp of over 100 lodges of Peigans. No time was lost in beginning the attack and the fighting continued without intermission until darkness fell. Loud Voice’s party came off victorious, having slain 20 of the Peigans, most of whom they scalped, and carrying off over 50 head of their horses. Loud Voice lost six men, three of whom where scalped.

Thenceforth, the skill of Kak-she-wey, as a great medicine man, high as it stood before, was considered as unequalled by that of any other conjurer of his own or any other tribe.