The Phenomenon of Lost Time in Canada

I was born in Vancouver, British Columbia, in the summer of 1992, and spent my first four years growing up in the so-called “Rain City”. In those days, many American movie and TV production companies shot their films in Vancouver and Toronto instead of Los Angeles or New York City, apparently in an effort to take advantage of the lowly Canadian loonie.

One project which began filming in Vancouver and nearby Squamish, British Columbia, when I was fresh out of the incubator was a TV show called The X-Files. This science fiction drama revolves around two FBI special agents named Fox Mulder and Dana Scully, who investigate unsolved cases which invariably involve monsters, aliens, supernatural entities, or some other variety of unexplained phenomena.

About a year ago, my dad informed me that he made an unauthorized (and regrettably invisible) cameo ‘appearance’ in The X-Files’ Season 1, Episode 21, entitled “Tooms”. In that episode, the titular Eugene Tooms- a mutant cannibal who subsists on human liver- murdered his psychologist in the house next to my parents’. My dad, while standing in the shadows of his property, watched as Mulder and Scully raced towards the house, guns drawn, in a vain attempt to save the hapless clinician from his unenviable fate.

My dad’s confession sparked my own interest in The X-Files– an excellent program about which I had previously known next to nothing- and prompted me to binge-watch more episodes than I care to admit. While watching the very first X-Files episode, I was introduced to the phenomenon of ‘missing time’ as an accompaniment to UFO encounters. 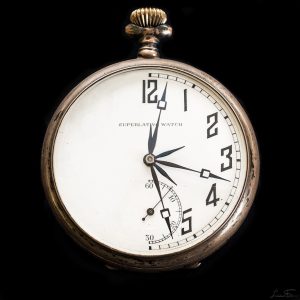 In The X-Files’ pilot episode, while driving on a quiet Oregon highway just outside a town haunted by a series of mysterious deaths, Mulder and Scully are beset by a blinding white light. Their car shuts down and rolls to a stop, whereupon Mulder, who had been looking at his watch when the incident occurred, observes that nine minutes inexplicably elapsed since the flash despite that it seemed to have taken place mere moments before. He then explains to the bewildered Scully that unexplained time loss is frequently reported by UFO abductees.

Indeed, the phenomenon of missing time features in one of the most famous alleged UFO abductions, which took place on the U.S. Route 3 south of Lancaster, New Hampshire, on the night of September 19, 1961. While driving back to their home in Portsmouth, New Hampshire, from a vacation in Niagara Falls and Montreal, couple Barney and Betty Hill claimed to have been approached by a flying pancake-like craft. The strange object followed the couple through Franconia Notch, a pass through the White Mountains, before descending upon them. The Hills heard a series of beeping sounds near the trunk of their car before falling unconscious. Another series of beeping sounds restored the couple to consciousness, whereupon they found that they had travelled 35 miles south down the highway without any memory of the drive. They later learned that they arrived at their home seven hours after their departure from Colebrook, New Hampshire, from which they had begun the final leg of their return journey; the drive from Colebrook to Portsmouth typically takes about three and a half hours. 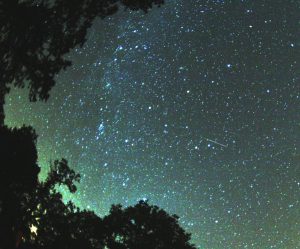 Tormented by disturbing dreams, the Hills decided to undergo regression hypnosis in order to determine what exactly took place that night on the highway. During their hypnosis sessions, both Barney and Betty recalled being approached by short, grey-skinned humanoids who compelled them to enter their pancake-like craft. The creatures escorted the Hills to separate rooms and told them to lie on rectangular tables before subjecting them to a series of medical tests. When the tests were complete, the creatures returned the Hills to their vehicles and departed into the night sky.

Although Dr. Benjamin Simon of Boston, Massachusetts- the psychiatrist who orchestrated the Hills’ hypnosis sessions- concluded that the Hills’ recollections were fantasies inspired by some of Betty’s dreams, many UFOlogists believe the Hills’ testimonies constitute proof that Barney and Betty Hill were abducted by extraterrestrial astronauts.

Ever since the Hills’ strange experience, many people have reported similar abductions by the otherworldly occupants of flying saucers. Most of these abduction stories are remarkably similar, one major commonality being the phenomenon of missing time.

The UFO of Verdun, Quebec

About a year ago, my friend and fellow researcher Mr. Gary Mangiacopra introduced me to a UFO sighting published in the October 1952 issue of the magazine Fate. The event described, which took place exactly one decade before the Hills’ landmark encounter, is remarkable in that constitutes what might be the first reported incident of lost time in association with UFO sightings.

This brief report was submitted by one A.V. Haslett of Verdun, Quebec, a borough of Montreal situated on the banks of the St. Lawrence River.

“One Sunday afternoon in September 1951,” Haslett began, “I was fortunate to sight two very bright objects traveling in a southerly direction of the St. Lawrence River, Verdum, Quebec. The first one seemed to be very large and appeared to me like a huge yo-yo with a red band around the middle of it.”

“I looked at my watch to verify the time in case someone else reported the sighting. The time was 3:42 p.m., and I scanned the sky in case others appeared. Suddenly, another appeared in the same part of the sky and headed in the same direction. This one was either flying higher, or further away, and was the same shape as the first one. I again looked at my watch and was surprised to note that the time was 4:42, exactly an hour after the previous object.”

Unless this author has misinterpreted the narrative, Haslett appears to have claimed that an entire hour elapsed between his two UFO sightings in the space of what, in his mind, seemed the blink of an eye. If this is truly the case, then Haslett’s story, to the best of this author’s knowledge, may be the earliest report of missing time in association with a UFO sighting or alleged alien abductions, Canadian or otherwise.

If you know of an earlier account of missing time or would like to share your own thoughts on the phenomenon, please feel to drop us a line in the Comments section below.