The Curse of Oak Island: Season 6 Finale- Lost and Founding

The following is a Plot Summary and Analysis of Season 6, Episode 22 of the History Channel’s TV series The Curse of Oak Island.

Rick Lagina, Marty Lagina, and Dave Blankenship pay a visit to the home of Dan Blankenship. There, they inform the veteran treasure hunter of the results of the dendrochronological analysis of the wood from the U-shaped structure, namely that the wood was determined to have been cut in 1769. The elder Blankenship exhibits some surprise, explaining that he was never quite sure whether the structures at Smith’s Cove were built before or after the 1795 discovery of the Money Pit.

Later, the treasure hunters gather at Smith’s Cove, where the search for the convergence point of the box drains is underway. While excavating with his trowel, Laird Niven discovers what appears to be a wooden wall composed of horizontal boards, the whole structure ensconced in clay. Shortly thereafter, the archaeologist uncovers a vertical support beam on the far side of the wall which appears to indicate that the structure was intended to resist the tide. The team decides to dig behind the structure, which Rick dubs the ‘Mystery Wall’, and soon discovers another wooden wall, this one composed of vertical boards.

After spending a night at the swamp, where members of Eagle Canada carry out the final step of their seismic survey, the Oak Island team meets in the War Room with researcher Bruce Lindahl; Bruce’s brother, author Cort Lindahl (via video conference); and treasure hunter Justin Cannady; who have come to brief the Fellowship of the Dig on their own Oak Island theory. First, Cort Lindahl expresses a belief in the Duc D’Anville theory, citing Zena Halpern’s map as evidence. Next, he suggests that the Duc D’Anville’s son, Louis-Alexandre de La Rochefoucauld, revealed the secrets of Oak Island to his American friends, Thomas Jefferson and Benjamin Franklin, who hoped to use Oak Island’s treasure to finance the American Revolution. As evidence to support this theory, Lindahl cites the ‘Evans Stone’- a particular boulder, introduced for the first time in this episode, which is located on Oak Island’s northeastern shore. The Evans Stone bears several inscriptions, including the date ‘August 9, 1897’, the word ‘CHESTER’, the name ‘E.W. EVANS’, and the image of what appears to be a horizontal pine tree. Lindahl explains that the stone’s tree bears remarkable resemblance to the pine tree on a particular variation of the Appeal to Heaven flag, a battle standard used during the American Revolution which represented a belief in the right to revolt, and suggests that the image on the Evans stone was carved by an American revolutionary who came to Oak Island in the hope of retrieving its treasure. 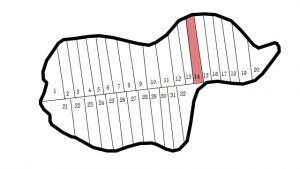 After the Lindahl brothers and Justin Cannady finish presenting their theory, Marty Lagina and Doug Crowell take Bruce and Justin to the Evans Stone, which lies on the beach of Lot 14. The theorists count the branches on the stone’s tree and find that there appear to be thirteen of them on each side- the same number of branches, they claim, which grace each side of the tree on the particular version of the Appeal to Heaven flag to which they likened the carving in the War Room. The number 13, the theorists suggest, was significant to the American revolutionaries not only because the republic they fought for was composed of thirteen states, but also because the Knights Templar, to which many Founding Fathers were allegedly connected, were arrested on Friday 13, 1307. Although the narrator does not mention it, a closer look at the two trees shows that neither of them have thirteen branches on any side; the tree on the Evans Stone has 17 branches on its top side and 15 on its bottom side, while the tree on the Appeal to Heaven flag displayed in the show has eight branches on each side.

Later that afternoon, Rick and Marty Lagina meet at the swamp with the Eagle Canada crew. The crew’s leader, Alex Gauthier, informs the treasure hunters that, although they have finished collecting data on the island, they will need about a month and a half to analyze the data. By that time, the narrator tells us, the Fellowship of the Dig will have packed it in for the season.

At Smith’s Cove, Billy Gerhardt and Laird Niven discover a third wall paralleling the other two found earlier this episode, this last one being located furthest from the ocean. This newly-uncovered wall and the one preceding it appear to constitute the sides of a shallow shaft. Gerhardt and Niven are soon joined by Marty Lagina, who likens the structure to a “sluice box”- a tool used by prospectors to separate gold dust from dirt through the use of gravity. The narrator then erroneously states that sluice boxes are devices “designed to channel and regulate the flow of water”- perhaps an indication that Marty actually meant to suggest that the structure was built for the purpose of diverting water.

Later, the Oak Island crew members meet in the War Room for their final conference this season. Marty Lagina begins the meeting by stating that the season is rapidly coming to an end, and asks his fellow treasure hunters what they would like to do with Smith’s Cove. The crew members all agree that the analysis of the wood from the Smith’s Cove structures is particularly intriguing and ponder over whether the people who built them circa 1769 were the depositors of the Money Pit treasure or pre-1795 searchers. The treasure hunters then discuss whether the discoveries they have made so far justify further search efforts. With the exception of a somewhat skeptical Marty, who appears to suspect that the Oak Island treasure may have already been retrieved by the creators of the U-Shaped Structure, the treasure hunters unanimously agree that the evidence indicates that there is still something worth finding on Oak Island.

In this episode, author Cort Lindahl presents his own theory on the nature of the Oak Island mystery. Lindahl appears to subscribe to the theory that the crew of Jean-Baptiste de La Rochefoucauld, the Duc d’Anville, buried treasure on Oak Island during their disastrous expedition of 1746. Lindahl also appears to believe that d’Anville’s son informed America’s Founding Fathers of the Oak Island treasure, and that George Washington dispatched a crew of Patriots to retrieve the treasure in order to finance the American Revolution. 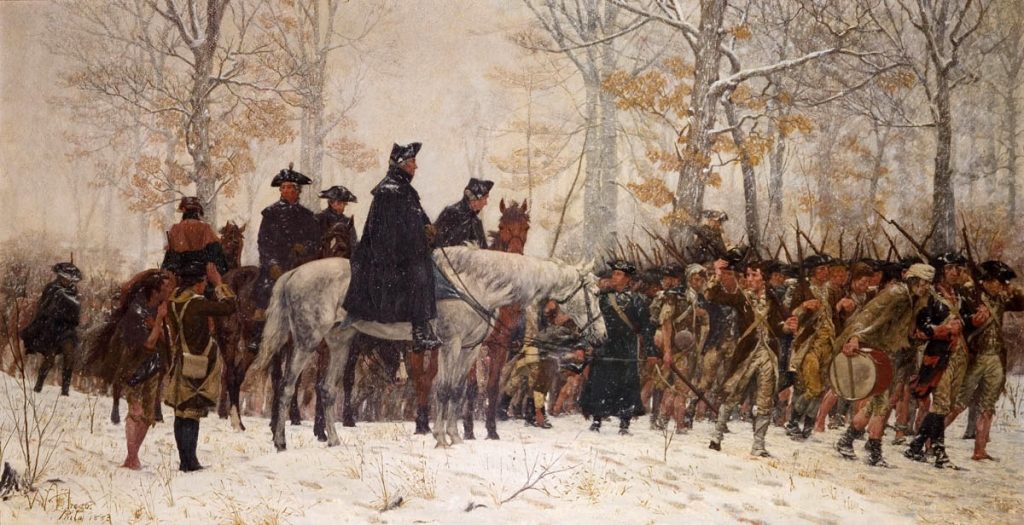 Cort Lindahl has written a number of books in which he outlines his theory, the latest being Oak Island and the Arcadian Mysteries (2017). Although Lindahl neglects to clearly define his theory in his 2017 book, raising suggestive questions instead of making arguments or suppositions, he succeeds in creating an extremely complex web of associations connecting all sorts of famous historical figures- including, but not limited to, Sir Francis Drake, Mary Queen of Scots, Mary Sidney Herbert, Admiral George Anson, Nicolas Poussin, the Jacobite Stuarts, Edgar Allan Poe, and Sir William Alexander– to Oak Island.

In this episode, we are introduced to the Evans Stone- a boulder located on Oak Island’s northeastern shore, on Lot 14, bearing several inscriptions, namely the date ‘August 9, 1897’, the word ‘CHESTER’, the name ‘E.W. EVANS’, and the image of what might be a horizontal pine tree.

The inscription ‘August 9, 1897’ appears to indicate that the stone was inscribed by a member of Frederick Blair’s Oak Island Treasure Company during a particularly fruitful season of treasure hunting; the summer of 1897 saw the discovery of the supposed Chappel Vault, the piece of parchment bearing the letters “vi”, and the mysterious stone triangle on the South Shore Cove.

The word “CHESTER” is likely a reference to the nearby town of Chester, Nova Scotia, presumably the hometown of the man who made the inscriptions.

The name “E.W. EVANS” is probably that of the man who made the inscriptions.

The meaning of the etching of the horizontal pine tree is somewhat more enigmatic than the other inscriptions on the Evans Stone. In this episode, theorists Bruce Lindahl and Justin Cannady attempted to connect this image with the Appeal to Heaven flag, a battle standard used by the Thirteen Colonies during the American Revolutionary War, in an effort to bolster Cort Lindahl’s theory.