The following is an article originally published on my personal website in 2015. 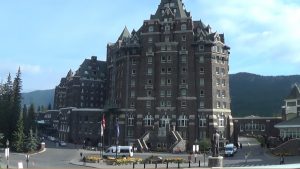 Perhaps the most famous of all the luxury Canadian railway hotels is the Fairmont Banff Springs Hotel, located in the town of Banff, Alberta. Initially marketed towards European sportsmen and tourists seeking a luxury wilderness experience, the aptly-dubbed “Castle of the Rockies” was built at the behest of CPR president William Van Horne in 1888. Since its grand opening to the public, countless guests from all over the world- among them Marilyn Monroe, Queen Elizabeth II and Helen Keller- have checked in to the hotel. According to a number of legends ostensibly born from the first-hand accounts of hotel patrons and staff, some these guests never checked out. 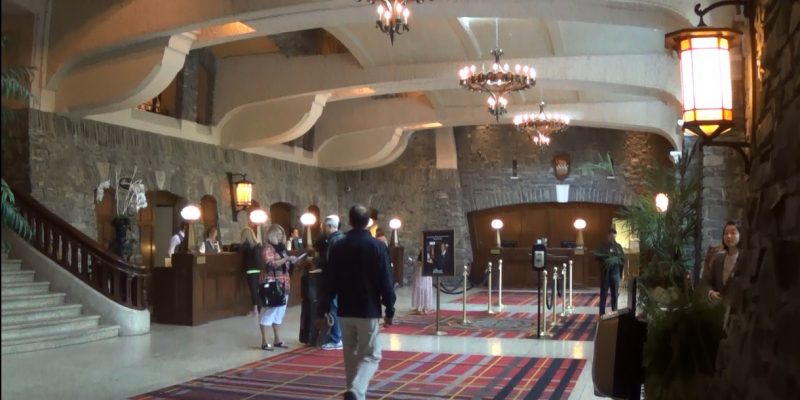 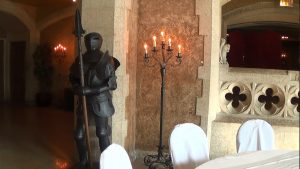 The Banff Springs Hotel is home to a number of ghost stories, all of which the hotel officially denies. At least one of the Banff Springs’ supposed ghostly guests is said to haunt the missing room 873 on the eighth floor. According to hotel lore, a man, while staying with his wife and young daughter in room 873, murdered his family before committing suicide. As the story goes, the spirit of the young girl- and, in some versions, the spirit of her mother- never left the room. Guests who stayed in the room after the subsequent investigation and cleanup reported being awoken in the night by violent shrieks, and chambermaids who routinely cleaned the room would report finding bloody fingerprints on the bathroom mirror that could not be washed off. In response to the disturbing reports, hotel management sealed off the room. In spite of this, some say, the ghost (or ghosts) of room 873 still haunts the vicinity of the room to this day. 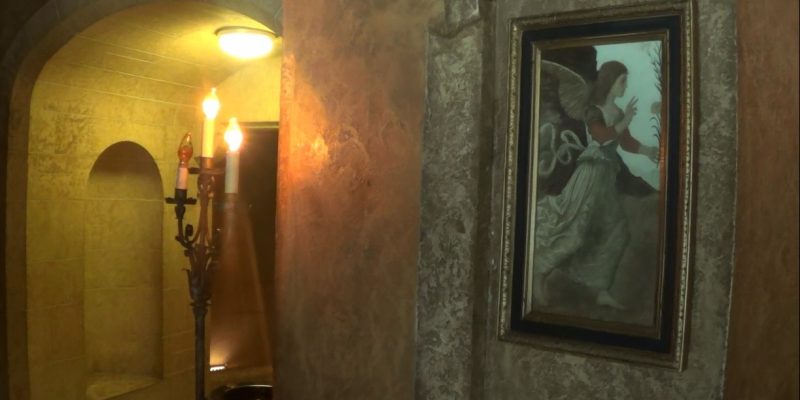 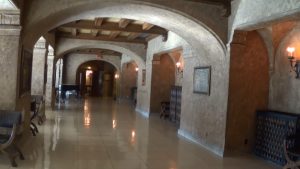 Another of the permanent residents purported to walk the halls of the Banff Springs is the ghost of Sam McCauley (or McAuley), a beloved Scottish bellman who, before his death in the mid-late 1970’s, swore to posthumously return to haunt his workplace. Incidents involving mysterious phantom lights, elevator doors opening and closing at random and hotel guests being helped by an elderly Scottish bellman in an antiquated uniform have been attributed to Sam’s ghost. 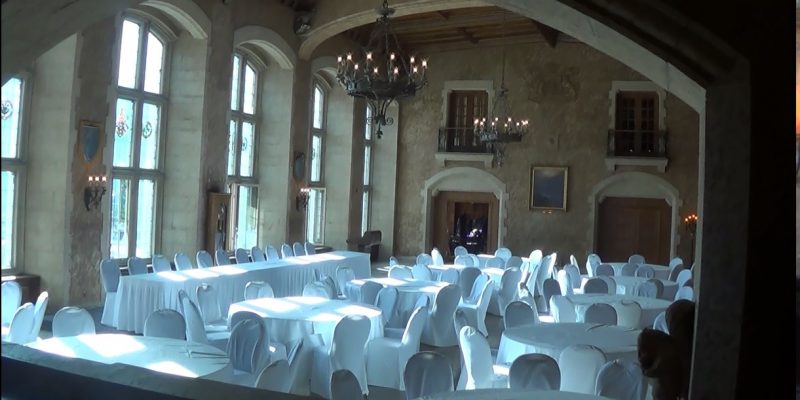 Some other alleged hotel spectres include a ghostly bartender who encourages inebriated patrons to go to bed, and a headless man who, despite his obvious handicap, somehow manages to play the bagpipes. 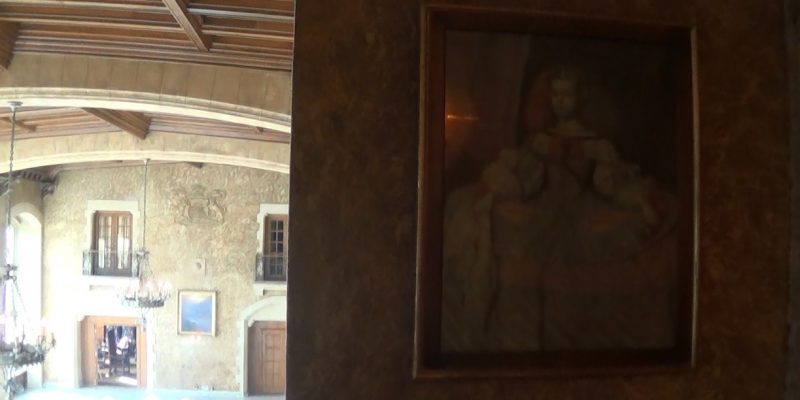 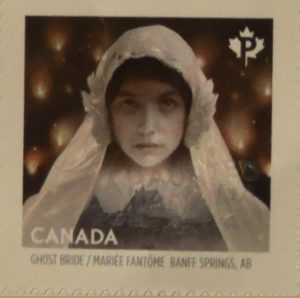 Of all the ghost stories associated with the Banff Springs Hotel, perhaps the most iconic and well-known is the tale of the phantom bride. According to the legend, a young couple was married in Banff sometime in the early 1930’s. It was arranged for their wedding banquet to be held in the Banff Springs Hotel, where the couple was renting the bridal suite. Before the beginning of the banquet, the newlywed bride ascended a marble staircase up to the Cascade Ballroom to join her husband, who was waiting at the top. As she did so, her wedding gown brushed against one of the candles that lined the curved staircase and caught fire. In the panic that ensued, the bride tripped over her wedding dress, fell down the flight of marble stairs, broke her neck and died. 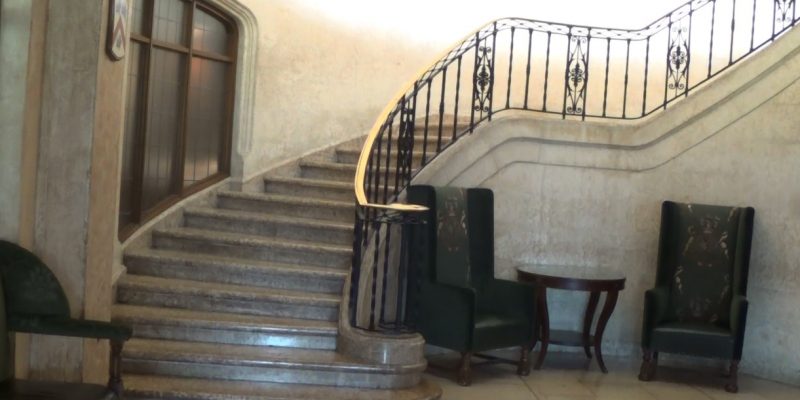 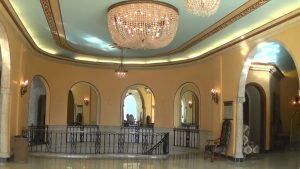 It is said that her ghost has haunted the hotel ever since. Over the years, various hotel patrons and staff have reported seeing a phantasmal bride dancing alone in the Cascade Ballroom, or ascending the marble staircase on which the tragic incident is rumored to have taken place. Others have heard strange noises emanating from the bridal suite when the room was not in use. True or not, the tale of the ghostly bride of the Banff Springs Hotel is surrounded in an aura of mystery and romance and has become entrenched in the folklore of Canada’s Rocky Mountains. 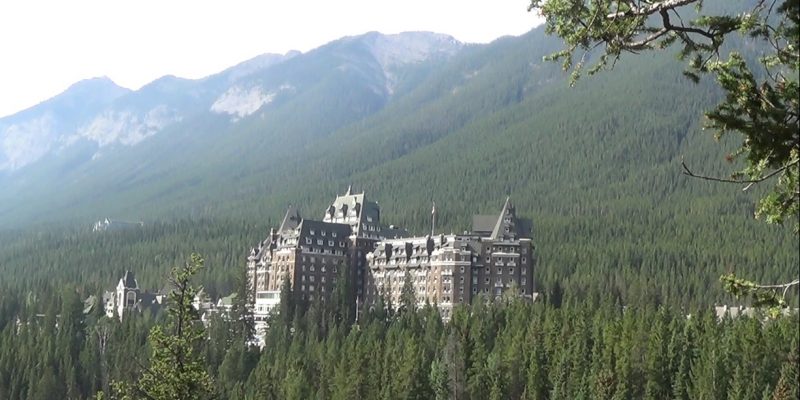 Here are some interesting personal stories from the original article:

The staircase you show is not where the tragedy happened. The hotel was renovated and the old staircase is gone. I worked at BSH in 1981-83. The staircase was inside the dining room and it ended at the ceiling. The stairs were closed off to the honeymoon suite after the tragedy. It was creepy in there at night, with that staircase ending at the ceiling of the dining room. Many people reported hearing laughter, crying, screaming from this area when I worked there. As employees we were told not to tell guests anaything about this “ghost” situation.

Hi….. Once or twice a year I stay at this hotel. When I was there about 3 months ago I saw this girl and and a lady walking in the hallway and when I looked at them agin they where not there. Also at night in the hall it was about 1:30 am I heard a man laughing and then it just stopped….. It was pretty creepy, but I always love going there it is a place to go its amazing but the halls are long and creepy.

Stayed at this hotel 2006, new nothing about any ghost tales but woke while laying on the bed having an afternoon nap when the room felt cold and something grabbed my foot. Not experienced anything like this before or since.
julie Davies

My dad worked at the Banff Springs in the mid to late 30s as a bell hop. He mentioned that a movie star staying the committed suicide by jumping off an outside balcony. Is this true or him making a story?

I stayed there last Christmas and i really enjoyed my stay there especially with all the ghosts around, Sam really likes to help with the elevators. I’m going again this year.

I was just at Fairmont a couple of days ago. We went for supper at Castelos (sorry if I spelt that wrong). After my family and I were taking pictures in the hall outside of the restaurant, during this I had felt something tugging on my dress but no one was behind me and it was not possible for it to be stuck there. So I don’t know if this could have been a ghost but I thought it was pretty cool!