Ghostly Tales of the Prince of Wales Hotel in Waterton, Alberta

If you take the Alberta Highway 6 south from the town of Pincher Creek, you’ll find yourself leaving the prairie-like Porcupine Hills for the forests and mountains of Waterton Lakes National Park. This jewel in the Rocky Mountains, tucked away in the southwest corner of Alberta across the border from its American sister, Glacier National Park, is currently recovering from the devastating effects of the Kenow Wildfire, which consumed over 19,000 hectares of Waterton wilderness in the summer of 2017. This hiccup notwithstanding, Waterton Lakes is a popular tourist destination which has hosted thousands of sportsmen and outdoor adventurers since the days of its first ranger, Kootenai Brown.

On a high windswept hill overlooking the Park’s eponymous lakes stands the magnificent Prince of Wales Hotel, the last of the grand railway hotels to be built on Canadian soil. In the summer months, this historic Swiss chalet-style landmark houses guest from all over the world, come to hike the perilous Crypt Lake Trail, cruise the Lakes by boat, or simply enjoy the breathtaking scenery of the Rockies’ smallest park.

In the fall and winter, the Prince of Wales lies desolate and abandoned, its windows dark, its doors boarded up, and the wind howling through gaps in its wooden exterior. In this eerie condition, the hotel appears more congruous with its many ghost stories- an attribute which all of Canada’s grand railway hotels seem to share.

The Prince of Wales hotel was built in 1926/27 at the behest of Louis W. Hill, president of the Great Northern Railway (an American company). At that time, alcohol was outlawed in the United States, and many thirsty Americans made pilgrimages to the Great White North to indulge in their favourite beverages (Alberta ended its own Prohibition in 1923). Hill, who had built several grand railway hotels in neighbouring Glacier National Park, Montana, hoped that a similar hotel in Waterton might entice American liquor tourists to visit Southwestern Alberta, utilizing his railway and U.S. hotels on the journey north. It is somewhat ironic that Hill’s Waterton hotel, built for the express purpose of attracting liquor tourism, is located right beside the Mormon-heavy counties of Cardston and Warner- the only districts in Alberta where alcohol is still outlawed.

Named after the (future, short-reigning) King Edward VIII in a vain attempt to entice him to stay there during his 1927 royal tour of Canada, the Prince of Wales Hotel is said to house a number of permanent residents. One of these is the ghost of the unfaithful wife of a former hotel chef who lived with her husband on the premises. According to local legend, the chef and his wife disappeared from the hotel one night without notice. The chef reappeared sometime later in British Columbia, alone. Some say that the chef murdered his wife in Room 608 of the Prince of Wales Hotel on the night of his departure. Although he managed to dispose of his wife’s body, the spirit of the murdered woman remained in the room; every once in a while, patrons staying in Room 608 report being tucked into bed by unseen hands.

Although there is no historical basis for the tale of the ghost of the chef’s wife, another hotel ghost story may have some merit to it. The most frequently reported unexplained phenomenon to take place at the Prince of Wales Hotel is the inexplicable aroma of tobacco smoke which occasionally wafts through the Royal Stewart Dining Room. This phantom smell is said to be associated with the ghost of a well-dressed top hat-wearing gentleman who haunts the dining room and the basement, appearing to unsuspecting guests and staff as a reflection in windows and mirrors. Although some writers have attempted to connect this spectre with a construction worker who allegedly fell from some scaffolding to his death during the hotel’s construction, the image of a well-dressed tobacco smoker corresponds quite well with that of Captain Rodden S. Harrison, the hotel’s first manager- a pipe smoker who frequently affected a tweed suit. Captain Harrison is said to have taken great pride in his work, and had his staff furnish the tables in the Royal Stewart Dining Room with freshly picked wildflowers every morning. Perhaps the Captain’s spirit resides in the hotel to this day, enjoying the occasional after-dinner smoke and checking in on his guests from time to time.

Another of the Prince of Wales’ spirits is said to haunt the lobby, where hotel staff sometimes report hearing the heavy disembodied footsteps of a man in the middle of the night. One former staff member, in an internet chatroom, confessed that he broke into the hotel in the offseason in order to spend the night there. His intrusion apparently offended this invisible resident, who raced down the stairs from the fifth or sixth floor and across the lobby towards him, effectively chasing him from the premises. 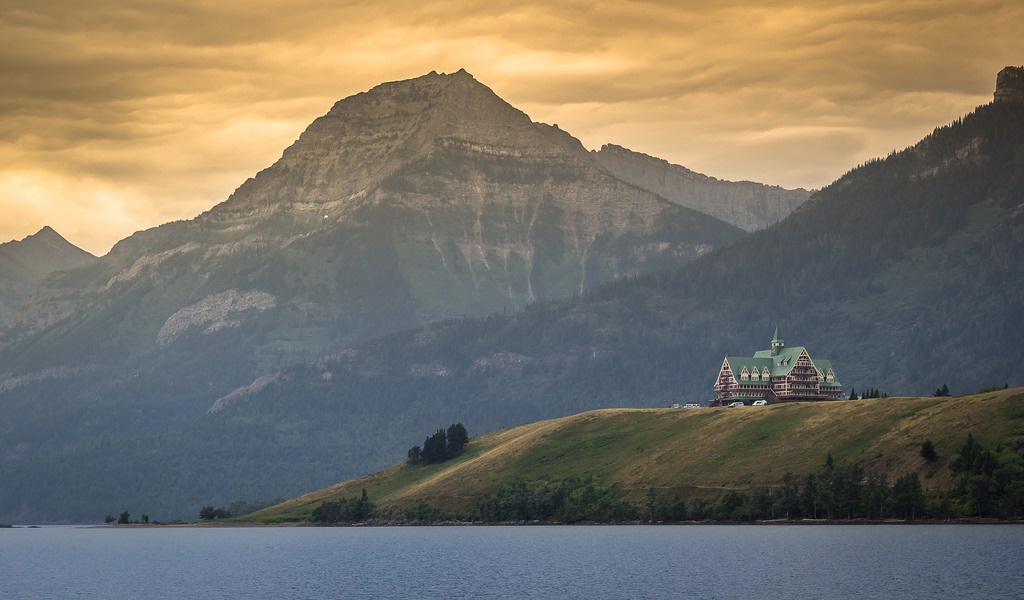 The most famous phantom of the Prince of Wales Hotel is the “Lady in White”, a spectre of a young woman in a white gown said to haunt the Rooms 510 and 516. This feminine phantasm makes her presence known by locking windows left open overnight, running the taps, tapping on doors, turning the lights on, and blowing her icy breath down the necks of hapless guests. Some hotel patrons have reported hearing disembodied footsteps in the hallways or on the balconies. Others claim to have been locked out of their own rooms, finding that someone, or something, had locked the door from the inside in their absence. One guest staying in Room 516 even maintained that the apparition of a young woman slipped into bed with him and his wife in the dead of the night… before vanishing into thin air.

Popular legend attributes this phantom to the spirit of a young chambermaid named Sarah, who started working at the hotel shortly after its grand opening in 1927. Sarah was in love with a member of the hotel staff. When the man rejected her advances, Sarah lapsed into despair and threw herself from a window on the fourth floor (in some versions, she jumped from the fifth or six floor). Her ghost remains in the hotel to this very day, haunting the site of her suicide. 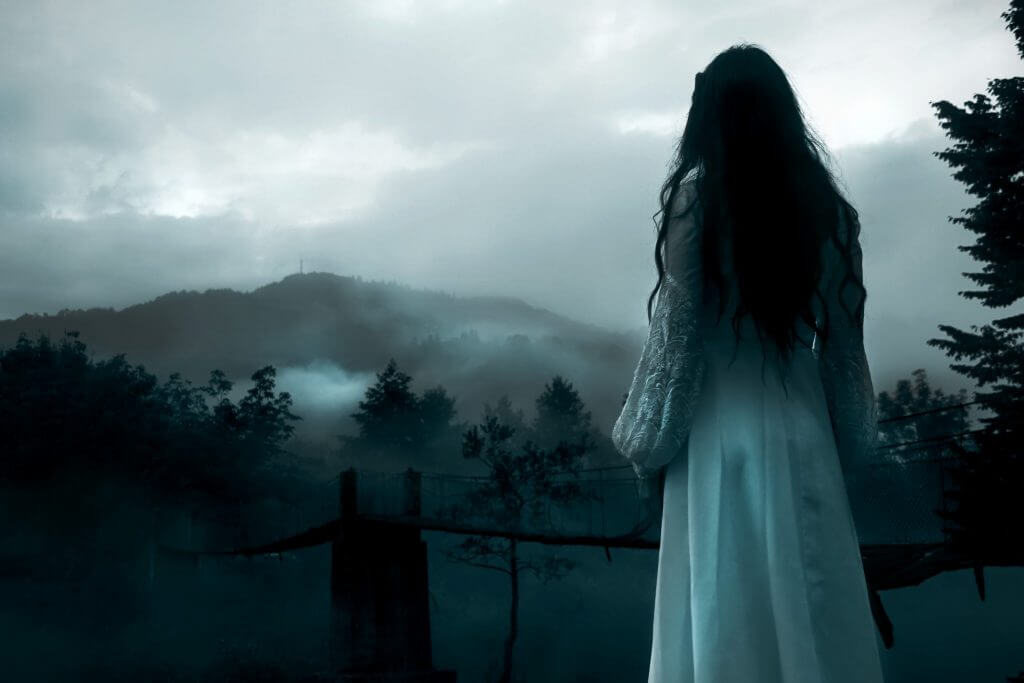 It is likely that the legend of Sarah’s ghost is based on a tragic event that took place in 1977- a particularly dark year for the Prince of Wales Hotel. In April that year, a beloved hotel handyman named Johnny Haslam died in a car accident. Later that fall, the hotel was invaded by a hoard of government inspectors sent to investigate claims of poor working conditions and allegations that the antiquated building was not up to code.

Perhaps the most tragic event to take place that year was the suicide of a 20-year-old seasonal employee from Dorval, Quebec, who worked in the hotel’s giftshop. This employee, named Lorraine, had fallen in love with Clifford Hummel, the handsome and athletic manager of the Prince of Wales Hotel. When Hummel, who was already in a relationship at that time, failed to reciprocate her affections, Lorraine was heartbroken. On Saturday, July 30th, 1977, the grief-stricken woman stripped naked and ran throughout the hotel before leaping to her death from the balcony on the hotel’s sixth floor. Her broken body was discovered on the flagstone patio that overlooks the Waterton Lakes.

“[The suicide] did affect a lot of people,” said Lorraine’s co-worker, 18-year-old Marilyn Illerdrun, to a reporter for the Lethbridge Herald. “It left a bad feeling to the hotel, to the whole staff… I think it started a whole new feeling.”

Although the tale of Sarah’s ghost is almost certainly based on Lorraine’s suicide, a woman named Sarah was involved in a tragic accident that took place near the Prince of Wales early in the hotel’s history. On Friday, August 10, 1928, two cars collided at the foot of the hill on which the Prince of Wales stands. One of the vehicles was occupied by four passengers, one of whom was named Sarah Ann Bennett. Although Sarah walked away from the wreck with little more than a broken collar bone, the sole occupant of the other vehicle was not so fortunate; Mrs. Hiram Maughm was taken to the hospital in Cardston, Alberta, where her arm was amputated.

Whatever their origins, the ghost stories of the Prince of Wales Hotel imbue Waterton Lakes with an aura of mystery and intrigue- an essential concomitant to all great Canadian national parks. 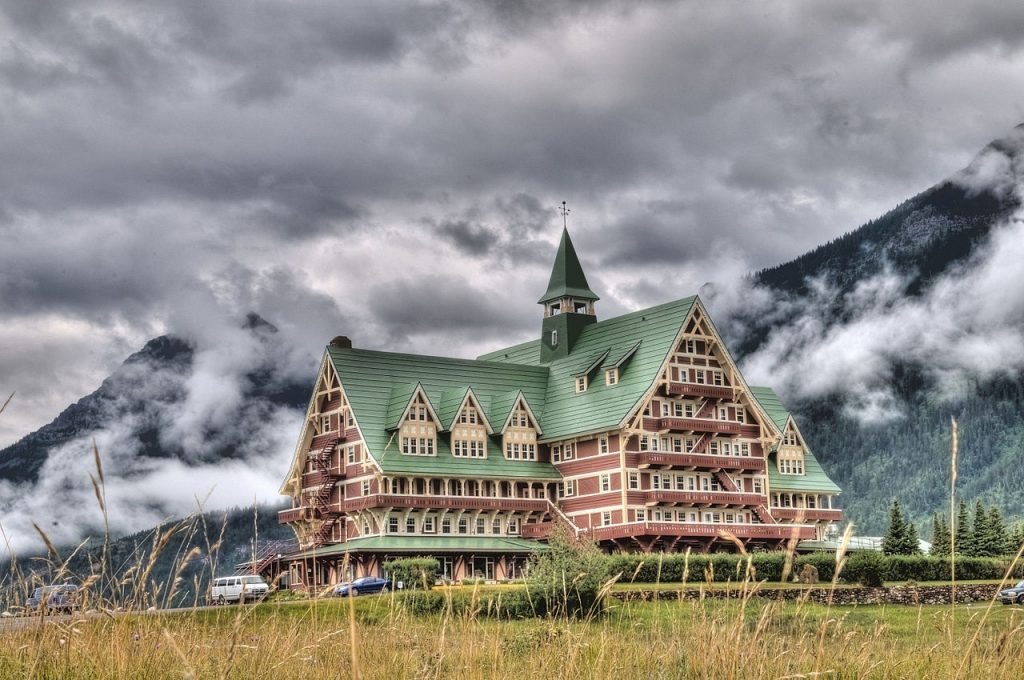 Thanks for reading! If you enjoyed this article and would like to help support this website, please check out our online book shop: