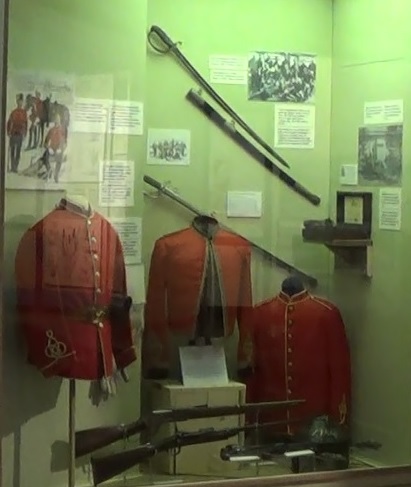 THE NEWS I BROUGHT to the fort cast a gloom over all, and it was far from being a cheerful New Year’s greeting. They had been most anxious about me, and I certainly had a very narrow escape. The bodies of the storm’s victims were brought up the next day, and they were buried with military honors by their comrades, with whom they were great favorites. The months of January and February of 1875 were cold and stormy, and the work the men had to do was hard. Considerable grumbling ensued in consequence. Many of the traders camped round the fort had inflamed the minds of the men with stories of the wealth to be easily made in Montana gold mines, and the high rate of wages which, in comparison to the 90 cents the men received, appeared like a fortune. These stories had the effect of making many of the men dissatisfied, and in February some twenty or more deserted one night, taking their arms with them. They were no doubt helped by some of the traders with horses to get away on. Parties were sent after them but failed to overtake them, but the Government property was surrendered by them to the American authorities in Montana and afterwards recovered.

This was most disheartening to the rest of the men, as it made the work heavy on the few who remained. We were then reduced in number, in an almost unknown country, and surrounded by several thousand warlike Indians, whom we knew little about. It proved a very heavy responsibility on our commanding officer, Col. Macleod, and must have caused him the gravest anxiety. The firmness and justice with which the Indians were treated, made them respect us, and kept them on friendly terms, in a manner that force could never have accomplished. On many occasions and officer and two of three men would go into a camp of several hundred lodges, and arrest an Indian for some crime, and in no instance were we resisted, although they had the power to wipe out the whole force, had they wished, in a very short space of time.

Our journeys to different points in the country, on the watch for whisky traders, were also continuous, and these journeys, it must be remembered were over a great extent of territory without trails, and with no one to depend on but ourselves. Transport we had none, the blankets and provisions being carried on pack horses, and the desertion of these men made our work more arduous. As clothing was scarce among the men, none having been issued since we left Toronto, and most of what we brought from there being left behind, the men had many reasons to be dissatisfied. 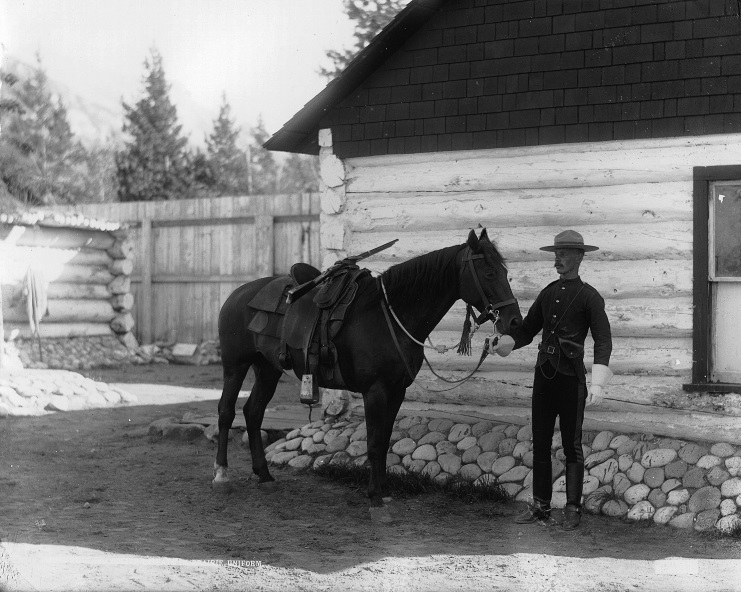 The way the men would turn out on a parade was fantastic to say the least. Self made breeches of cow skin, buffalo coats and caps made by themselves, and Indian moccasins, would be part of the get up. The work in the fort was also of the hardest. There was wood to chop continually, and also to haul, the buildings were constantly requiring repairs, the roofs sometimes giving way, and the discomfort of mud roofs and floors, and continual arduous journeys in the [worst?] of weather, were enough to cause discontent among any body of men. There should be praise to those hardy men who toiled on through this hard winter, and some excuse made for those who left and went south believing that wealth could easily be gained in that country. Some of these men were taken back after they discovered their mistake, and a few of them are yet in the force, and of good character, and others are in the country, being prosperous settlers.

During the first winter our intercourse with the Indians was not as great as it afterwards became, as to a certain extent we were strangers to each other, but they showed their appreciation of our work in putting a stop to the whisky trade by helping all they were able. We were hardly able however to do much towards stopping their horse stealing expeditions, and other unlawful acts considered by them as meritorious. In fact it took years to do this, and these traits of Indian character can never be entirely eradicated. 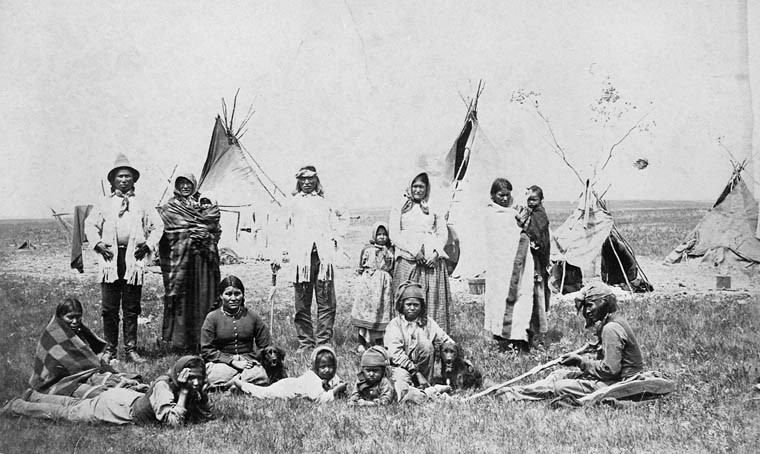 They were hospitable in the extreme, and if on our journeys we came upon an Indian camp, we were welcome to their tents, and any food they had, and this often saved us from many bitter nights on the bare snow, in furious storm and intense cold. The food in an Indian tent in winter is not always the most appetizing. I remember on one occasion being with a guide only, having lost our way in a blinding snow storm, with no blankets, and the prospect before us of camping out in the open, coming upon an Indian trail in the snow. No sight was ever more welcome. They looked after our horses and invited us into one of their lodges. A pot was on the fire, and our hunger being extreme, we anxiously looked for supper. The food was handed round in wooden bowls, being a soft meat of some material of what we did not enquire, but made a hearty meal. We slept in the lodge that night the weather being very cold. 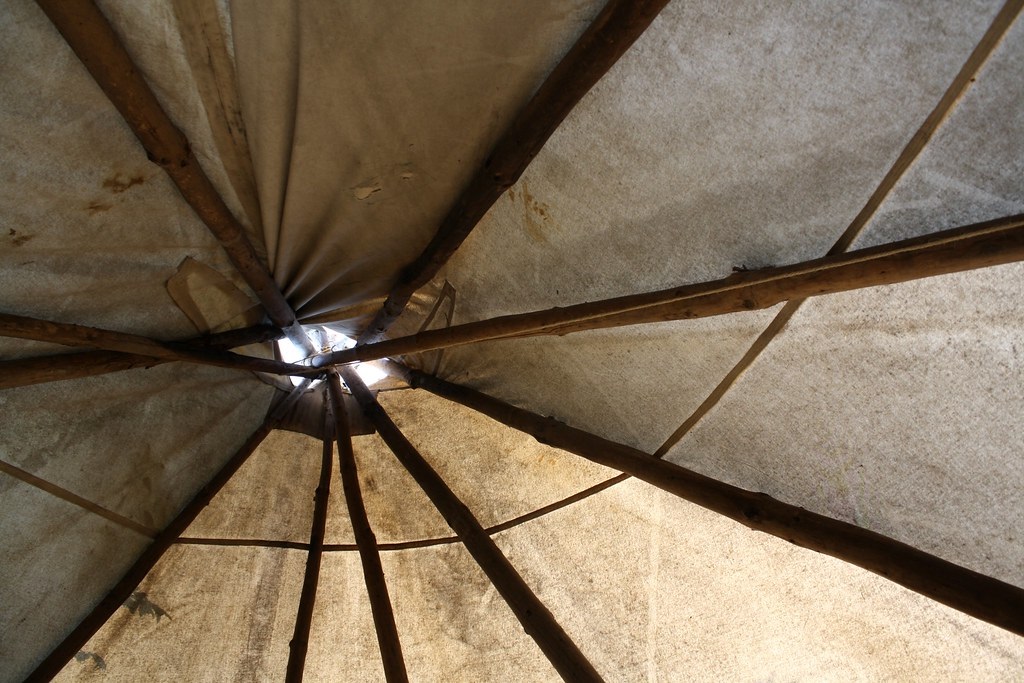 Next morning, being awake when the Indian and his squaw got up, I remained watching them prepare breakfast. The squaw pulled down the blankets on which they had been sleeping, and pulled from underneath a blue and hairless object on which they had been lying, no doubt to keep it from freezing, and commenced to cut pieces off and put in the pot over the fire. It looked to me more like a dead baby than anything I could imagine. I nudged the interpreter who lay alongside of me. He informed me that it was a buffalo calf cut out of the animal when killed, and was considered a great delicacy. Needless to say, I had no breakfast that morning, having partaken largely of the delicacy the night before. But they gave us the best they had, although not choice from our way of thinking. Many similar visits to Indian camps were made during this first winter, and they treated us well according to their lights. It was the first time these wild Indians of the plains had come in contact with friendly white men, who were working in their behalf. The Indian in those days was truly wild, the buffalo being all in all to him. His tent was made of the hide, his footgear, and clothing, and anything he procured from the trader was by barter of the robe. So as the buffalo moved, so moved the Indian camps. Today they might be near our fort, in a week a hundred miles away. So during the winter we were perpetually on the move, for where the Indian camp would be, there also was likely to follow the trader in whisky, and as the robes are prime in winter, great chances would be taken to procure them. Thus passed our first, and probably hardest, winter in the N.W. Territories.

Continued in Chapter 11 – Slaughter of the Buffalo.